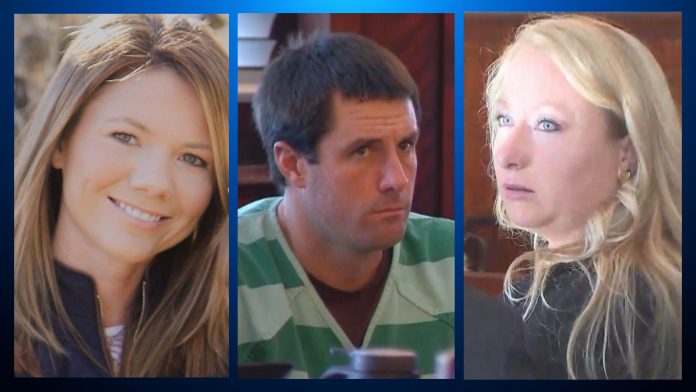 Krystal Kenney Lee, dubbed by some media outlets as “The Mistress of Death,”  could soon be released from jail after only spending 13 months of her three-year sentence for her role in helping Patrick Frazee clean up the murder scene, following the  bludgeoning to death of Woodland Park mother Kelsey Berreth with a baseball bat.

The surprising news is bound to spark a wave of protests among friends of  Berreth and residents in the community and law enforcement officials.

Last week, a panel of three judges with the Colorado Court of Appeals vacated Kenney’s sentence of three years saying that it was twice the amount of time it should have been. The court ruled that Kenney would have to be resentenced by the District Court due to her Blakely rights being violated when the judge gave her the maximum sentence of her charge of tampering with evidence.

No date has yet been given for the resentencing, but many experts believe that once it happens, Kenney could be released on parole with time served. The appeals court ruled that the judge could only sentence Kenney a year to 18 months for her crime because no aggravating factors existed to give her the maximum sentence.

“Because the district court erroneously sentenced Kenney outside the presumptive maximum term, we vacate Kenney’s sentence and remand the case for resentencing,” the court statement said.

The decision came after Kenney’s lawyer, Dru Nielsen, appealed the sentence given by the District Court, and brought it in front of the appeals court.

“Ms. Krystal Lee Kenney, by and through undersigned counsel, objects to the Court imposing a sentence in the aggravated range,” Nielsen said in a formal objection to aggravated range sentencing. “Undersigned counsel moves this Court to find that Ms. Kenney is not subject to an aggravated sentencing range pursuant to the federal and state constitutions, relevant case law, the plea agreement in this case, lack of a knowing, voluntary, and intelligent waiver of her Blakely rights, and her detrimental reliance on the December 20, 2018 agreement.”

One way the aggravated sentence could have legally been imposed is if a jury found that aggravating factors existed. But since Kenney pleaded guilty to the charge as a part of her plea agreement with the district attorney, the case did not go to a jury trial.

The only other way a judge could dish out a sentence in the aggravated range is if Kenney admitted that aggravating factors were involved in the crime.

District judge Scott Sells believed he could sentence in the aggravated range because Kenney said she knew that a murder had taken place. But the appeals court ruled that her statement was not enough to prove that she admitted aggravated factors were present.

Another report, released by KKTV Channel 11 News on Friday evening, suggested that improper paper work was filed  by the prosecutors in the case.

Whatever legal ruling occurs; this doesn’t alleviate the brutality of the crime.

Kenney drove from Idaho to Colorado just after Thanksgiving Day in 2018 after Frazee had told her, “you have a mess to clean up.” Kenney cleaned the gruesome crime scene and then helped Frazee retrieve and burn Berreth’s body. She then took Berreth’s phone back to Idaho with her to throw off investigators and make them think that Berreth left the state on her own accord.

“The Devil Gets Their Due”

Kenney lied to the FBI and said she barely knew Frazee at first. Then after the investigators interviewed her ex-husband and found out she was lying; Kenney secured a lawyer and made a plea agreement with former District Attorney Dan May before she talked to police about what Frazee had done. Kenney’s testimony gave the prosecutors enough information to convict Frazee of the murder and sentence him to life in prison.

After the plea agreement was made, many argued that even the maximum prison sentence of three years for the crime Kenney committed was too lenient. After her sentencing Dan May told the public in repeated press conferences,  “We made a deal with the devil” when he agreed on the plea agreement to get her testimony against Frazee.

“You make a deal with the devil, sometimes the devil comes back and gets their due,” attorney Stephen Longo told KOAA News 5.