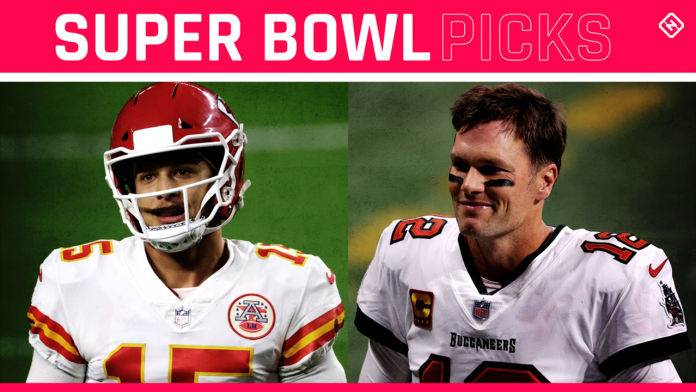 It’s been one strange, NFL football season, with the end right around the corner for the Big Game, slated for Feb. 7.

And yes, we aren’t going to lie. It was mighty frustrating witnessing another losing debacle by the Denver Broncos, who just can’t return to their stride from the Peyton Manning days.  And there was the coronavirus assault, affecting virtually every team; the no-preseason and limited fans’ dilemma; the outbreak of frequent star injuries; the volatile NFL politics, the elections and whatever.  Along the way, there were huge upsets and some amazing resurgences, such as the rise of the Cleveland Browns and the Tom Brady comeback crusade.  Plus, some huge collapses occurred.  Who would have thought the Pittsburgh  Steelers, once touted in the middle of the season as a team that may go undefeated, would not survive the first round of the playoffs?

So, we are now left with the prime survivors, the  Kansas City  Chiefs and the Tampa Bay Buccaneers. But instead of rehashing all the endless spree of insider gibberish, here is what our own local family of experts are saying about Super Bowl LV.

Regardless of your own personal favorites, Super Bowl 55 could emerge as a close slug match. If you don’t have anywhere to go, check out the game at a local eatery, bar or casino.

“I’m going to say Kansas City because I like to see the new blood get the glory. Tom Brady has had plenty of opportunities and it’s not that I don’t care for him I would just like to see the young guy win.” -Kellie Case, Woodland Park City Council Member

“As much as I want to see Brady win his seventh, I think that Kansas City is too strong. But I think it is going to be a close game.” –Carlos Macis, Carmen A Tapas Owner

“I’m going to go with age and crafty over youth and vigor. So, I’m taking Tampa Bay. I think the old guy is going to come through against the youngsters. And they have homefield advantage.”  -Sheryl Decker, Teller County Administrator

“That’s a tough one because my pick was New Orleans, but they got beat obviously. As much as I’m not a huge Brady fan, I think Tampa Bay pulls it off. It’s a hometown thing and I guess there are only going to be 15,000 or 20,000 people there, it’s not many. But Brady has the wherewithal to be in the big game and he has the experience. Even though Mahomes is really talented and can play off the seat of his pants, I think Brady has the experience and the talent. Not my fan choice but a reality choice.” –Bob Campbell, Teller County Commissioner

“Definitely the Chiefs! Mahomes and I think their defense is on fire and they played the Bucs earlier and it wasn’t pretty. That and I am a lifelong Chiefs fan. I was a Lenny Dawson guy way back in the day. I had number 16 written on everything because I was going to be Lenny Dawson when I grew up.” –Steve Woolf, Former WPSD Superintendent

“I like the Chiefs, their red shirts, and I think they are going to win!” –Lynn Phipps, TMJ Distributor / Town Mom

“I think the Chiefs are going to win. Because I will be hanging out with my family who lives in Kansas City. And what a joy it will be to see everyone dancing and hoopla-ing after the win. I just want them to win because my family will be extremely happy if they do win. But I think it is going to come down to three points. It’s going to be a field goal that makes a difference.” –Todd DeRemus, Blackfoot Pavement Maintenance Owner

“The Chiefs offense is too explosive to contain… I also predict this will be Tom Brady’s last game win or lose.” –Derek Gray, Local Annoying Chiefs Fan

“This is a tough one. I felt all season that Patrick Mahomes and the Chiefs would return to the Super Bowl and likely win it. Now, I’m not so confident. Tom Brady has had an amazing late season run and looks to be in top form. That said, I still think the Chiefs will win a close one.” –Jon Karroll, Former KRDO News Anchor

“Well, I never watch football but I’ll say the Patriots win with a score of 35 to 17. Why? I haven’t a clue! I know nothing about football and never have!” –Hilary LaBarre, Woodland Park City Council Member

“The Chiefs are my hometown team. So, trying to keep being biased out of it… It should be a thriller between Brady and Mahomes. With Tampa Bay playing in their home stadium, It takes a special team to knock off Brady in a Super Bowl. Brady is playing with as much confidence as ever. They will be a tougher challenge this time around. Brady will make him earn it, but Mahomes earns Super Bowl MVP honors and the Chiefs take it.” –Charlie Chambers, TMJ Consultant

“I’m going to go with Kansas City. I have learned never to bet against Tom Brady. However, I think Kansas City is too fast for Tampa Bay. Too many weapons and Patrick Mahomes.” –Joe Roskam, Woodland Park High School Football Coach / Athletics Director

“They are the defending champions and they have the ability to score. Tyreek Hill, Travis Kelce, Mecole Hardman, and Patrick Mahomes are the perfect combo and hard to overcome. And, the coaching experience from the upstairs is great, they get things done.” –Felix “El Guapo”, Peak View BBQ Bartender

“The Chiefs talent is off the charts! Even though I am not a Chiefs fan, I got to give it to them.” –Jason Mikesell Teller County Sheriff

“The Vegas line favors the Chiefs by 3.5 points and I would say that it could be a safe bet to take. The Chiefs look outstanding with Patrick Mahomes, his stellar team of receivers, and their defense played well against the Bills last week and for pretty much the entire season. But, the one problem I have seen with the Chiefs is that they struggle during the first half of the game. So, I think that you can bet on the fact that Tom Brady and the Bucs will take a decent lead in the first half just like they did with Aaron Rodgers and the Packers. But it seems like Mahomes waits until towards the end of the game to get his team fired up and his previous accomplishments seem like his team is absolutely unstoppable when that occurs! The Bucs do have a special place in my heart because I was a fan during the two years of my life that I lived in Central Florida, and I honestly hope they win. I just think that despite the possible big advantage Mr. Brady (AKA The GOAT) will get early in the game, he and the Buccaneers (my third favorite team in the league) will get ‘Mahomed’ in the final minutes of the game and then Brady will cry and retire.” –Trevor Phipps, TMJ Sports Writer/Bail Bondsman

“The Chiefs will repeat as Super Bowl champs. Chiefs just have too many weapons on offense and too competent a defense. Tyreek Hill, Travis Kelce, Mecole Hardman, and Sammy Watkins are the best and fastest receiver corp. in football. They have speed and savvy. Add rookie Clyde Edwards-Helaire and LeSean McCoy to carry the rock when needed and the Bucs won’t know what hit them. Oh yeah, don’t forget Head Coach Andy Reed. His playbook looks like the Funk and Wagnalls encyclopedia. Did I mention sneaky? These guys are a sneaky bunch. Between Andy Reid’s misdirection play calls and Patrick Mahomes’ ability to throw underhand, overhand, sidearm, right-handed and left-handed? Jeesh! Hey Rocky! Watch me pull a rabbit out of  my hat. Final score – Chiefs 31- Bucs 21.”  -Bob Volpe, TMJ Writer/Local Musician

“I live in Green Mountain Falls, so if I predicted any other team other than the Chiefs, I would fear for my life, my dog would get eaten alive and locals  would slit my throat. The Chief fans at our local sports hub, the Blue Moose, are a rough crowd.  That said, the Super Bowl was decided during the playoff game between the KC Chiefs and Cleveland Browns. During their amazing fortitude when they lost Patrick Mahomes (due to a temporary injury) and coach Andy Reid’s gutsy fourth-down call in the final minute, they showed their winning and even gambling flavor.  All in all, the Chiefs are just too tough.” -Rick Langenberg, Editor, TMJ.

“This is going to be a tough one to call. You have two great teams and two really explosive offenses. It is going to be a high-scoring game. The big question:  Can Tom Brady do it one last time. I believe he can and I am not going to bet against Tom.” -Jon DeVaux, Woodland Park business owner and planning commission member, and former councilman and DDA leader

“The Chiefs are just too tough.  They will win by a touchdown. It will be a high-scoring game.”  -Erik Stone, Teller County Commissioners

“I am a  Buffalo Bills’ fan, so I am going to have to go for the team that beat the Bills (the Kansas City Chiefs).  They are just too tough. Patrick Mahomes is pretty amazing.”  -Tracy McGinty, owner of McGinty’s Wood Oven Pub in Divide

“I predict that more people won’t be watching this year’s game, than those watching.  Interest in the NFL has been pretty low.  We don’t even play the games here anymore. Based on a coin flip, I am going to favor  the Chiefs by seven.” -Chris Hazlett, owner, Ralf’s Breakroom in Cripple Creek

“Kansas City seems to overcome any deficit and is very explosive. Tom Brady has been getting away with errant passes by an exceptional wide receiver arsenal, with Miller and Johnson in the 4th and 5th spot.”   -Bill Camp, Keller Williams Real Estate Agent

“The Buccaneers have Tom Brady and it would be sacrilegious as a Broncos fan to root for the Chiefs. I think the scores are going to be moderate, not a runaway game, but a decent spread.” -Stephanie Alfieri, Woodland Park City Councilmember