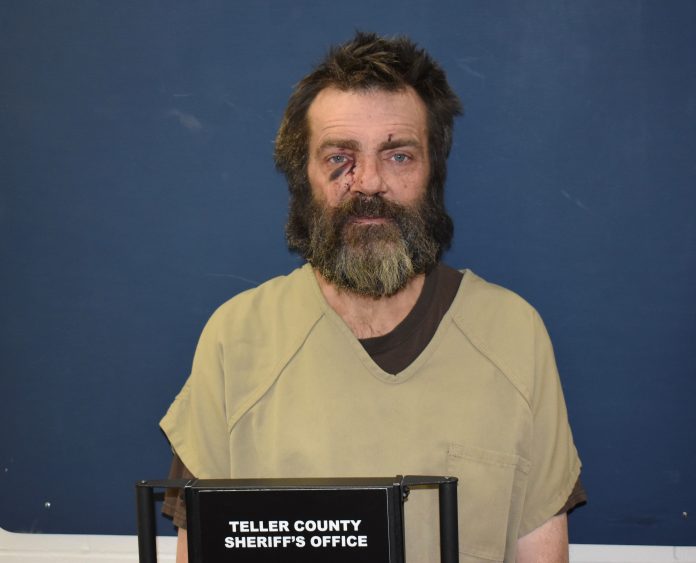 Teller County, CO, February 4, 2021– Teller County Deputies were called to an address located on Valley View Drive, north of Florissant, this morning around 8:45 a.m.  A male caller reported he had been shot at by another man and the rounds had hit his vehicle while he was leaving another address across the street.  The caller left the area after telling the dispatcher the man who shot at him came out of 304 Valley View Drive.

When deputies arrived at the scene, they determined the suspect was likely the resident of that house, a man named David Strang, who had a felony warrant for Menacing related to a Domestic Violence incident back on December 19, 2020.

Based on what happened today, an additional arrest warrant for David Strang was obtained and approved by a judge for the charge of Attempted Murder.  Since Mr. Stang has been known to be violent in the past, the Teller County Emergency Response Team was called to assist in serving the warrants.

After a lengthy period where the occupant of 304 Valley View Drive, believed to be Mr. Strang, was advised there was a warrant for his arrest and to come out peacefully and surrender, deputies eventually noticed smoke and then flames coming from the window on the second floor of the house.  Fire crews responded immediately, but due to the dangers involved, could not approach the residence until the occupant, believed to still be armed, surrendered.

The occupant finally exited the house as the second story of the residence became completely involved in fire and surrendered to Teller County’s Emergency Response Team.

The suspect was identified as David Strang.