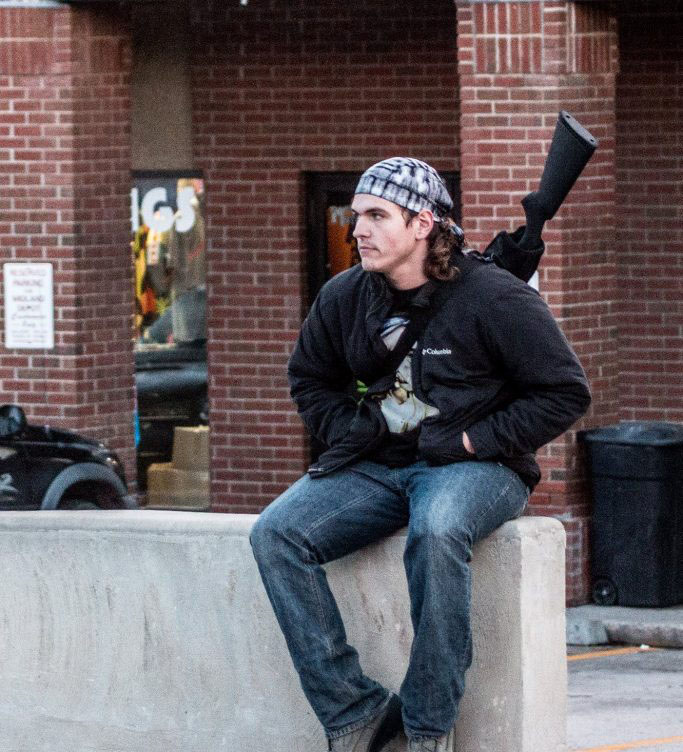 Last Friday, a federal judge ruled that Robert “Machine Gun Bobby” Gieswein would get sent to Washington D.C. to face six counts of charges for his role in the Capitol riots on Jan. 6.

The move came after Gieswein was indicted by a federal grand jury on the six charges last Thursday.

The jury charged Gieswein with obstruction of an official proceeding, three counts of assaulting, resisting, or impeding certain officers using a dangerous weapon, destruction of government property, and entering and remaining in a restricted building or grounds with a deadly or dangerous weapon.

The indictment said that Gieswein used “an aerosol irritant spray and a baseball bat” to assault police officers on three different occasions. The other charges have to do with him helping break a window in the Capitol building and then entering the building through the window. Gieswein was seen on video and in photos walking through the Capitol building while yielding a baseball bat.

During last week’s court hearing, Gieswein waived his right to have a hearing that would have determined whether he was the correct person to be charged or not. The federal magistrate then ordered that Gieswein would be moved from Colorado to Washington D.C. where he will be prosecuted for his crimes.

Gieswein turned himself into the Teller County Jail on Jan. 18 after the FBI issued and arrest affidavit for him. On Jan. 22, a judge ordered that Gieswein was to remain behind bars during his trial, deeming him a threat to society because he showed up at the Capitol grounds on Jan. 6 “armed to do battle.”

According to the affidavit, Gieswein was connected to the “Three Percenters” and the “Oath Keepers” which are anti-government militia organizations. However, Gieswein’s attorney said in court that there was no evidence linking him to any anti-government organization. He was a familiar figure in the local area, at pro-gun and constitutional rights protests. He gained a reputation for carrying an assault rifle on his back, while frequenting public areas and local shops.

Gieswein’s arrest and involvement in the riots has attracted national and international attention.