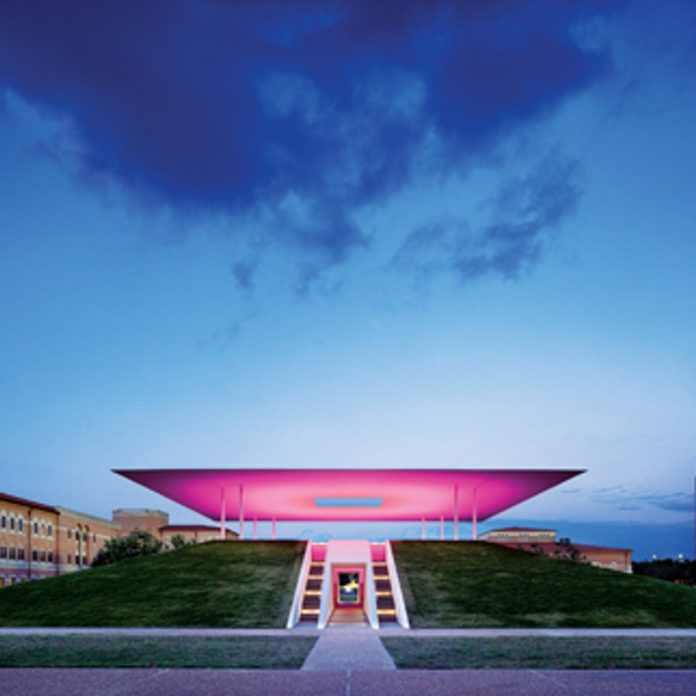 “Have You Seen the  Stars Tonight” – Paul Kantner and Jefferson Starship

The skyspace fade is coming to  Green Mountain Falls and the lower Ute Pass,  so get ready to examine the stars, night sky and galaxy like never before.

With only a few objections,  plans for an unprecedented annexation pursuit in GMF,  capped by a James Turrell Skyspace art installation, have taken another step forward. This could change the  landscape of GMF from a sleepy town in the winter to a year-round artistic destination.

The only remaining questions linger over the look of the final artistic product and a few adjustments regarding trail size and small infrastructure-related details.  Critics, including a few residents, say the art installation would become a huge mountain scar and would compete with local amenities, like the lake.

Proponents , including most civic leaders, see the development as a big  boon for the town and a way to adhere to the community’s master plan.

By a unanimous vote, the Green Mountain Falls Board of Trustees last week approved the land use zoning plans for two annexation proposals, encompassing a 30-acre-plus area. In what represented at least the  fourth bid before a town board in the last two months,  two related annexation plans scaled yet another hurdle. The town trustees agreed to grant a proposal for the 30-plus-acre Red Devil Mountain area for a public lands’ designation, while the old Joyland Church parcel was given a business zoning.

The trustees, while acknowledging the potential of future impacts,  maintained that the annexation could protect GMF from further unsightly development. “Nobody in the town could protect that backdrop,” said Mayor Jane Newberry, in discussing the Red Devil Mountain area, located just north of the Gazebo, if the bid is denied.

This annexation and land use approval could set the stage for the debut of a James Turrell skyspace installation this summer during the annual Green Box Arts Festival.

However, project representative Jesse Stroope cautioned that the final product won’t be that large, and in fact, won’t exceed the size of a proposed restroom. “Our skyspace fits into the environment,” said Stroope.

As in past presentations, he noted that only 85 of these installations, representing an observatory-like facility that gives visitors an open chamber view into the night sky and stars, are located throughout the world. This would mark the first James Turrell skyspace installation in Colorado.

Most of the objections dealt with impacts for town residents and nearby property owners.

“This is going to be a scar on that mountain,” blasted Mac Pitrone, a long-time resident and former trustee. “Why should the art installation compete with the lake and Gazebo?“

But for the most part, town and civic leaders supported the plans for the new artistic and trail development, which would be managed by the Green Box Arts group. Besides a new art installation, plans call for nature trails, a restroom, a scenic overlook and an equestrian rescue area.

Plus, most trustees don’t believe they should get into the business of regulating the proposed art sculpture.  Trustee Katharine Guthrie noted that James Turrell exhibits stood on their own merit. “His work becomes part of the landscape,” said Guthrie.

Still, planning officials assured the trustees that they will get a chance to review the proposed exhibit in more detail in one of their upcoming meetings.

In other GMF news, Mayor Jane Newberry launched a major defense of GMF’s town manager  form of government and the current administration, headed by Angie Sprang.

In the last few months, this style of government has come under attack. Some residents, and even key current and former members of the planning commission, contend that this town manager style  isn’t working. Each meeting features comments from a handful of residents who criticize the town’s budget and transparency of the current administration. Some favor a return to the trustee liaison  system in which elected leaders oversee the management of  all departments.

But Newberry described this as a recipe for a disaster and the potential of  probable lawsuits. “It is an incredibly outdated system,” said the mayor. Newberry, who has been involved in town government as mayor and trustee for more than a decade,  said this former liaison system was frowned on by state officials and could prevent the town from landing key grants.

“This is a real town,” said the mayor, in standing behind the current town manager form of government, and countering those who have referred to GMF as a municipal joke.