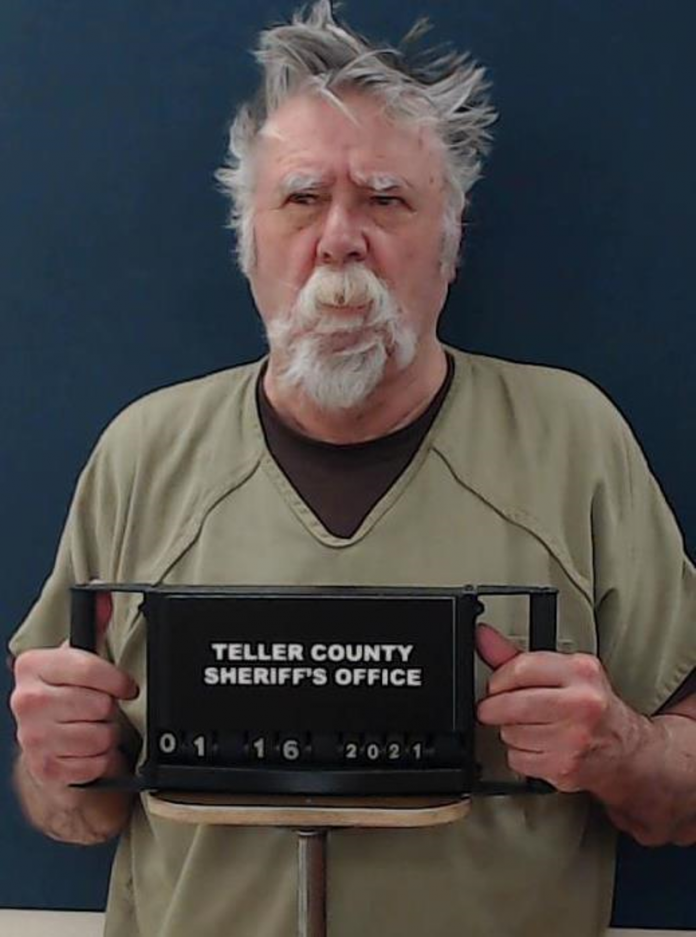 Yesterday, at about 1246 pm, a Teller County Sheriff’s Office Deputy attempted to stop a Ford Expedition without any numbered plates on Loy Creek Rd . The vehicle eventually
stopped on Rampart Range Rd a mile north of Loy Creek Rd. The driver of the vehicle, David Oliver DOB: 2/10/1954, rolled down his window and yelled, “I’ve got a gun and I am not going back to jail.” Oliver then presented a handgun out of the driver’s side window and ignored the deputy’s commands to exit the vehicle.
Oliver then drove away from the deputy who pursued the vehicle. During that short pursuit Oliver tossed the handgun out of the vehicle and the deputy terminated the pursuit to recover the gun. When the deputy got out to recover the gun, Oliver had stopped his vehicle up the road from the deputy. As other Teller County Deputies arrived in the area, they attempted to stop Oliver , who again fled in the vehicle and was not pursued. While deputies were assisting the original deputy at the scene where the handgun was tossed near Forest Service Rd 946, Oliver returned and surrendered peacefully to the deputies.

Oliver was booked into the Teller County Jail on the following charges:
Menacing (Felony 5)
Possession of a Weapon by a Previous Offender (Felony 5)
Vehicular Eluding (Felony 5)
DUI (Misdemeanor 1)

Oliver is of some notoriety as the man who in December 2019 entered an Academy Bank in Colorado Springs claiming to be armed and who left the bank with an undisclosed amount of money and began throwing the money into the air yelling, “Merry Christmas” prior to being taken in to custody by Colorado Springs Police.