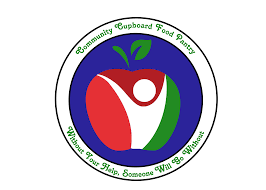 During the COVID-19 pandemic, many food banks across the state and country have found themselves bombarded with an explosive increase in requests.

In fact, local charity and food outlets are experiencing a boom in business, which is a trend that is concerning social service and civic leaders. But luckily, local residents have responded to the demand for more food and needed assistance by providing a record amount of donations.

With more people losing their jobs, the struggle to feed families has become harder than ever before for many in Teller County.

Food banks all across the state have reported giving out more food in the last year than ever before. Some food banks have even gotten to the point in which they are running out of  items to give away because their demand far exceeds the level of donations.

Locally, however, this has not been the case. Most of the local organizations that give food to the needy have reported that even with a high demand, they have been able to serve more families. This is due to more folks and area businesses stepping up the call for help and providing more donations.

According to the Community Cupboard Executive Director Lisa Rawson, the organization did close its office for two weeks. But Rawson and her daughter delivered food to families themselves during that time. Throughout the pandemic the Community Cupboard, based in Woodland Park, has been open with safety measures by having people stay in their cars while they receive the food.

Rawson did say that the demand has been high lately, but the organization has not had a problem with running out of food. “We gave out thousands of pounds of food,” Rawson said. “We were serving people from Salida, Park County, 11-mile, all over Teller County, and down the Ute Pass expanding into El Paso County. During Thanksgiving, we gave out to 230 families not only for their Thanksgiving meal but they were able to get a 10-to-15-day pandemic box which equaled to about 51,000 pounds of food. And at Christmas we did the same thing.”

Rawson said that the organization also gave a bunch of food to an event in Jefferson County. Community Cupboard also partnered with the schools to give families in need food along with a $10 gas card. The organization also was able to donate a clarinet to a student who needed their own instrument to play during Christmas.

“It takes a village of all of us working together, that is the only way we are going to get through this,” Rawson said. “The demand has been unbelievable but through the graciousness of City Market, Safeway, Natural Grocers and their donations to us and the food we have purchased, we have been able to give more than we have in the past. We have been here for 42 years now and we used to give out five to seven days’ worth of food. But, during this pandemic we have been able to give out 10 to 15 days’ worth of food. The donations we have received from individual donors has been heart-touching. They just really stepped up. I think that Colorado has the best partners and donors out there. Newmont Mining has been great and Albertsons has been unbelievable.”

Other food pantries in the area have also seen a high level of demand. According to Judi Hesselberg, the director of the Little Chapel Food Pantry in Divide, the demand has increased to the point that the Teller County Sheriff’s Posse got called in to control traffic during their drive-in food pantry days twice a month.

“Fortunately for us our donors this past year have been really generous,” Hesselberg said. “People have really stepped up. The people who were not really terribly affected by COVID were very generous to those who have been. We get a lot of food from care and share in Colorado Springs and they have reduced prices and a lot of items have been free. So, we have been able to keep up with the supply even though the demand has been really great through the past year. We have been able to keep because of donations from people who haven’t donated before but felt badly for the people who are hungry.”

The food pantry in Divide has been around for 20 years and they offer their drive-thru pantry on the second and fourth Monday of every month. According to Hesselberg, during the pandemic the organization has taken extra measures to ensure the safety of those picking up food.

Next week: TMJ takes a look at other charity outlets in Cripple Creek/Victor and the lower Ute Pass area.