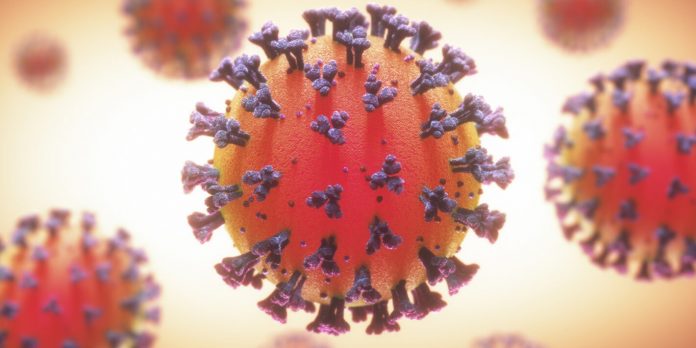 The county will keep the same designation until the next scheduled meeting between Teller officials and representatives of the Colorado Department of Public Health and Environment (CDPHE).

“Based on the regular review of Teller County’s COVID-19 positivity rate, incident rate and the hospitalization rate, the CDPHE, along with the Teller County Board of Health/Board of County Commissioners and Teller County Public Health and Environment (TCPHE) have greed that Teller County will remain at Dial Level Orange until at least January 6, 2021,” stated local officials in a bold statement, listed on Teller’s COVID website.

And if the county can maintain the same track record as recent days, then it may be off the hook temporarily from sterner restrictions. That’s important, as if the county does slip into a red-land zone, then casinos would probably have to shut down and all indoor dining would cease.

Teller’s  COVID trend hit a rocky time in November and early December, as did most counties in Colorado.

During this period,  the number of new confirmed cases of COVID-19 within Teller County were higher from the time the pandemic started last March. Local government officials were concerned that the surge in  cases could increase restrictions on local businesses.

In mid-November, officials were blindsided when they were informed that the county would be moving into the Level Orange on the state’s restrictions dial. The move came as a surprise to local leaders as the county had just been moved up to Level Yellow, the week before. The officials argued that the state did not give the county enough time to get the levels back down, since the county was in the yellow level for only a week.

The move by the state also concerned county officials, because under the orange level, the only businesses that could not operate were casinos. Local elected leaders and business operators then fought with the state to allow casinos to operate under a special agreement, since the majority of the cases within the county were not linked to Cripple Creek or any casinos. The state agreed, and classified casinos as an indoor event, a move which allowed them to stay open but with restrictions regarding capacity limits, and an earlier deadline for serving alcohol.

However, as the number of confirmed cases continued to rise, local leaders feared that the state may have considered action to  move the county into Level Red. This designation would mostly likely equate to lights out for the casinos and no indoor dining, and much tougher restrictions for other businesses.

But county officials report  progress on the COVID front.

According to Teller County Administrator Sheryl Decker, county officials have been meeting virtually with the state health department on a weekly basis. Each week, some local officials and elected leaders have feared that the county could move to Level Red.

But Decker reports that state officials have been having more of an open discussion about the rise in cases. She said that the state has been working with them, and has decided not to move the county up a level without warning like they did in November.

Last Wednesday, county officials held their weekly meeting with the CDPHE, and  the state authorities decided not to change anything. “The commissioners and the state had a conversation and they agreed that our numbers are going in the right direction,” Decker said. “And, even though the hospitalizations were up a tick, the bump came over a week ago so they agreed to let us stay in orange so everything will stay the same. And we are not meeting with them again until January 6. It’s hard to plan as a business owner week by week, so it was very nice for them to agree to wait until after the holidays to have our next conversation and look where everything is going.”

As of last Saturday, the county had a total of 943 confirmed cases with seven deaths due to the pandemic. The new daily case counts have been only in the single digits compared to 20-30 daily case spikes the county experienced in early December, and through much of November.

The two-week total numbers have been slightly dropping The drop in cases is a good sign because the county’s surge hospital, located in the Gold Hill Square Shopping Center, will close down this week. According to Decker, the funds that were paying for the surge hospital facility expire at the end of 2019. Unless a change is made, the surge hospital, which never was really used, will shut down.

Other parts of the state, which have already been slapped with the red level of restrictions, now have a new option with the state’s five-star program. With this program, certain businesses, such as restaurants seeking indoor dining, will be allowed to operate, but with strict restrictions. The businesses and the county health departments in the areas with the five-star programs, must take a number of steps to document compliance and prove that the rules are being followed. This allows these businesses to operate under a lesser level of restrictions than the designations mandated in their particular county.

Last week in Douglas County, officials accepted the five-star program and at least one restaurant was allowed to legally reopen their doors for indoor dining. But in El Paso County, local elected leaders have said that the five-star program presents too many hurdles for the health department and businesses to jump through since it encompasses a much larger area. Concerns were also raised about the implementation costs for El Paso County.

Last week, El Paso County Commissioner Mark Waller and Colorado Springs Mayor John Suthers wrote a letter to the governor’s office, asking that indoor dining be allowed within the county without having to implement the five-star program. In turn, they offered a number of restrictions for restaurants to operate under, such as limits on how many people can dine at a table and stern capacity limits. As of press time, the state had not responded to the county and city’s requests and the region is still in the red level. This  means that only outdoor dining and takeout orders are allowed.

But if the latest request is not accepted, El Paso County could be in a position to be accepted for the five-star program based on their recent declining case counts.