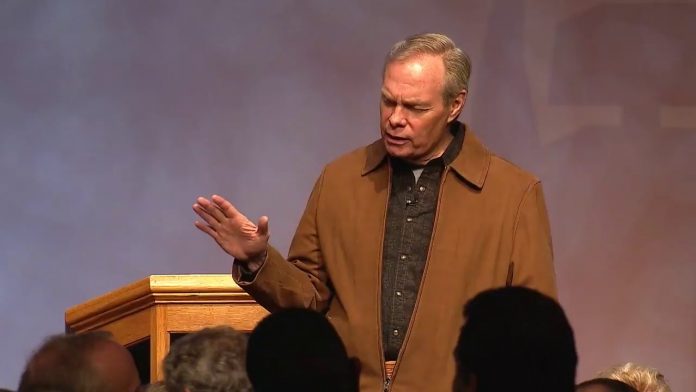 Ever since the coronavirus pandemic invaded the country, many churches and other places of worship have found themselves in a battle against state and local governments, regarding COVID-19 restrictions for public gatherings.

This fight has especially hit home, capped by the showdown between Andrew Wommack Ministries International (AWMI) and Teller County and the state of Colorado, a fight that has commanded national attention with big implications. Already, it has produced a slew of lawsuits and counter-suits since last July.

The main point of controversy has been with state-imposed restrictions on capacity sizes for indoor facilities and at public gatherings.

The change in the health order officially removed all capacity limits on places of worship that were previously imposed. Many insiders believe that the governor’s reversal of capacity limits had to do with United States Supreme Court case, Roman Catholic Diocese of Brooklyn v. Cuomo. This is case in which the high court struck down capacity limits on churches and synagogues in New York saying that number limits on worship services violates the First Amendment.

According to Teller County Administrator Sheryl Decker, the decision to dismiss the lawsuit occurred due to the governor’s change in the public health order.

“It was a joint lawsuit dismissal,” Decker said. “The state, the county and AWMI all agreed to dismiss the lawsuit. We thought it was in everybody’s best interest and apparently other people did too. We focused on what the governor said. That’s always been the county’s focus.

“We are all in this together and we have to follow by the public health orders.  The public health order now says that houses of worship have no capacity limits, but they still have to social distance and they still have to wear masks. Since the capacity limit was the only issue where there was a disagreement between the parties on, we didn’t think it was a good use of our resources to continue that action.”

Now that the lawsuit has been dismissed, and the public health order has been changed.

As a result, AWMI can now hold worship sessions and conferences at their Charis Bible College in Woodland Park without having to abide by any capacity limits.

“We are pleased by the governor’s decision to drop the case,” Andrew Wommack, founder and president of AWMI said. “Standing up for the free exercise of religion and our constitutional rights has not been easy, but I believe it has been worth it. America was built on religious freedom and it is the most important right we have.”

Similar sentiments were echoed by Matt Staver, the founder and chief counsel of Liberty Counsel, which represented AWMI during the fight.  “From the beginning, we stood for our convictions and our constitutional rights. Colorado’s amendments to PHO 20-36 could not be clearer that our efforts were not in vain. Constitutional rights cannot be laid aside, even during a public health crisis,” commented Staver.

But in a press release, AWMI agreed to implement “ reasonable COVID restrictions to help protect the health and safety of all who come on campus.”

The decision comes as tensions between AWMI and Teller County have appeared to ease slightly. This fact was mentioned in a recent meeting by the Teller County Commissioners, who act as the county’s Board of Health.

Recently, AWMI made an agreement with the Teller County Health Department, saying that they would work together in the future. The deal includes the promise by AWMI that they would hire a nurse to handle contact tracing at the bible college.

The nurse was hired last week, and AWMI’s new position will be focused on working with the county and handling a variety of COVID-related tasks. “They have hired a nurse and we are training that person,” the county administrator said. “I hope that it is a sign that we will have a good relationship moving forward.”

Even though the capacity limits have been dropped, AWMI will still have to keep their social distancing guidelines and other safety measures in place to legally hold worship services. The nurse will also have to handle contact tracing efforts and other protocol in an attempt to prevent further COVID-19 outbreaks at the bible college.