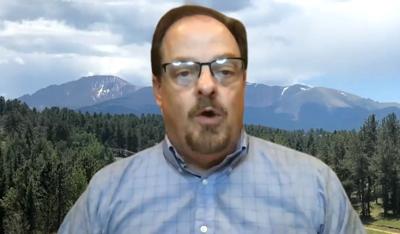 An anonymous group is calling for the resignation of Woodland Park Councilman Jim Pfaff and threatening to start a recall petition if he doesn’t step down.

Last week, TMJ News received a series of emails from an anonymous group outlining their grievances and reasons for insisting Pfaff be removed from council. The email states in its first attachment that, “Woodland Park is governed by a charter and elections are non-partisan in nature. This is not a political effort. Rather, it is an effort to remove a person if he did not satisfy the requirements to run for office. Further, we believe Mr. Pfaff is a transitory person who has no intention to stay in our community.”

The residency issue was not the only reason the group is calling for Pfaff’s removal.  In emails, they  are accusing the councilman of  “apparent election fraud and perjury; apparent intention to move on to ‘other places” as demonstrated, in part, by failing to establish a long-term commitment to the city by living in a trailer in a campground; and  policy positions that conflict with the best long-term interests of Woodland Park residents.” Some of these, according to the group,  include eliminating all zoning ordinances, trying to close the resident approved Woodland Aquatic Center,  repealing the resident approved sales tax supporting the Woodland Park School District, and “disrespecting and bullying city residents, employees and other members of the city council.”

The group detailed evidence in their complaints. As for living in a trailer, the group cited Colorado election code which states, “The Colorado Election Code of 1992 does not include “recreational vehicles” as a form of residence due to the temporary, transient, intermittent and short-term nature of the occupation of recreational vehicles.”

The complaint also cites Pfaff not having registered his trailer with the Department of Motor Vehicles as required by law. Colorado law requires that camper trailers must be registered within 90-days after becoming a Colorado resident. Pfaff’s trailer has Indiana plates at this time.

The group also provided some documentation of the violations they believe Pfaff has committed. The group attached a screen shot of a check Pfaff submitted to prove his residence, which the group believes is fraudulent. They mentioned a number of problems with the check.

Pfaff has since disputed many of the claims made by the group. Pfaff recently posted a 15-minute video on social media arguing against the claims levied on him. In the video Pfaff claims he has lived in Colorado for “most of the last 15-years.” Not in Woodland Park, but in Colorado. He also claims that he and his wife decided to move to Woodland Park in March of 2019 to start a business and, “not to run for office.”

As for the trailer, Pfaff claims in the video that before a spot came open at Bristlecone RV park that he put a deposit down with the RV park on April 1, 2019, and was “living in a friends parking lot.” He stated his purpose for living in the trailer was that it was, “inexpensive as a transition back to Colorado.”

In the video Pfaff cited what he called a “Homeless Elector Clause” in state statutes as verification of his residency. He also claimed he got affirmative legal advice as to the validity of his residence. According to Pfaff, his documentation was sufficient to the city clerk and city attorney for him to run for office.

In regards to the challenge that his trailer is not registered in Colorado, Pfaff explained he has a relative who was in a bind and that, “Some years ago we began taking over the payments, we haven’t taken over the loan on it, so it belongs to them and we are using it.”

Pfaff defended his integrity in politics and questioned the actions of his accusers.

However, a brief Google search turned up several alleged claims of bullying and intimidation on his part. In July of 2017 Pfaff was investigated for claims in a Denver Post column by former El Paso County Chair Josh Hosler that he threatened Hosler’s family. Other questionable incidents have been mentioned by other newspapers in Colorado.

In recent months, several people have told TMJ News that Pfaff has threatened them, but they requested to remain anonymous in fear of further retaliation by Pfaff. One of those who spoke, claims Pfaff used threatening language over a dispute and Pfaff shouted, “You don’t know who you’re dealing with.”

Since his election to city council last April, Pfaff has expressed some rather unconventional opinions. He has repeatedly called any taxation theft, and he has referred to the COVID virus as “Just the flu.” He has posted messages on Facebook and Twitter opposing social distancing measures, calling the closures of bars and restaurants “socialist” and mentioning a nationwide effort to “ban Trump rallies.”

According to an article in the Canon City Daily Record, dated March 16, 2020, Pfaff posted on Facebook that he agreed with Republican Rep. Devin Nunes’ message encouraging people to go to local restaurants and pubs despite warnings from public health officials.