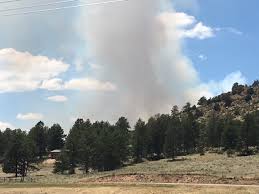 A recent wildfire, which broke out near Florissant and caused mandatory evacuations, shocked many Teller County residents due to the time of year. Moreover, it served as another warning sign regarding the super dry and dangerous conditions confronting the area.

As soon as the fire started, county officials responded quickly and implemented mandatory evacuation orders for homes in the Indian Creek subdivision near the blaze.

The fire was originally spotted after a different wildfire broke out near Colorado Springs and aircrews were sent in to fight it. While in the air, the crews noticed that there was smoke coming from a location near Florissant.

Luckily the fire was contained quickly and the evacuation orders were released about an hour after being implemented. The fire actually consisted of two separate blazes that burned a total of about two acres apiece.

According to Florissant Fire Chief Chad Bauer, the fires were accidentally started, so no charges were filed. “The two separate fires started from the power lines,” the fire 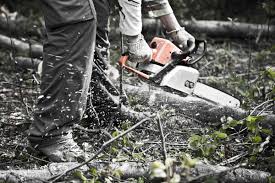 chief said. “A homeowner cut a tree and it fell into the power line and caused arcing on two different locations on the east side and west side of Pathfinder Road. Each fire did threaten a structure on either side of the road.”

Bauer said that each fire came about 15 feet away from the two structures, but they were not damaged. “The fire crews were able to get the fires stopped before it got close enough to burn any structures,” he said. “There were no buildings lost, it was just grass and shrubs and a couple of trees that caught fire but that was it.”

Bauer said that as soon as the fire call occurred, the Teller County Wildland Task Force was notified. The task force consists of all of the fire departments in Teller County and other fire agencies in neighboring areas.

The fire chief said each fire department sent a brush truck and/or a water tanker to the fire. In total, there were crews from about nine different departments that arrived on the scene.

Bauer said that full containment of the two fires took about two hours. “We had the main fire mopped down within the first twenty to 30 minutes of our arrival,” Bauer said. “But then crews spent some time mopping up and putting out hotspots and securing the perimeter of the fire.”

Even though those two fires did not cause any structural damage, the fire danger in 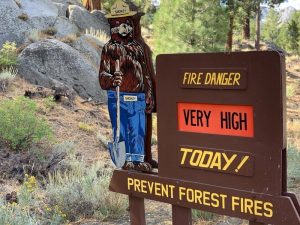 the area is still very high with the recent dry conditions the region has experienced. “The little bit of snow we did get has helped for right now and it will probably bring the fire danger down for a few days,” Bauer said. “But if we have a few warm, windy days that will dry everything back out really fast. And, we will continue to maintain a high fire danger until we have a lot of snow on the ground or we get rain to really soak into the grasses and the smaller fuels like branches.”

Usually, the high fire danger season in most parts of Colorado is considered over, once the fall season starts. However, this year the Pikes Peak region has experienced different conditions than in the past.

“Normally, this time of year we would usually have a little more snow on the ground,” Bauer said. “And we also did not have the monsoon moisture with the heavy rains in late summer and early fall that we normally have had. So that has caused our fuels to be much drier than normal for this time of year as well.”

“Don’t throw your fireplace or woodstove ashes out in the grass,” the fire chief warned. “Keep them in a metal container for at least two weeks and then sift through them with your hand to feel for any heat before you dispose of the ash outside. Then, put it in the soil for your garden or something because embers can live for a very long time inside an ash barrel or ash pale.”

The chief also advises residents not to store any ashes inside a plastic container. And, he said that they do not recommend storing ash pales on anything flammable such as a wood deck or wooden floor.