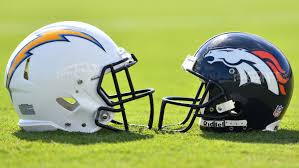 After a 43-16 shellacking from the Kansas Chiefs last week. the Denver Broncos remain at home to take on the L.A. Chargers, at Empower Field next Sunday.

The Chargers’ quarterback, Justin Hebert. held off a late run by the Jacksonville Jaguars to beat the Jags 39-29 to go 2-4 on the season. Hebert was drafted in the sixth round by the Chargers this year. He’s only played four games in his career, but is a handful for opposing defenses. 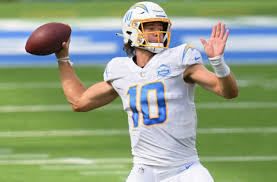 Last week Hebert throw for 347 yards on 43 attempts and three touchdowns. He also has wheels. Last week he carried the ball 9 times for 66 yards and a TD.

Hebert’s primary receiver is Keenan Allan. Allen had a 100-yard game last week, but failed to come away with a TD. Hebert also has former Bronco Virgil Green to fling the ball to. Green had a modest one catch last week for 29 yards, but it was a touchdown. The other wide receiver the Broncos will have to contend with is Jalen Guyton. Guyton had two catches last week with one TD.

The Chargers’ running game isn’t one of their strong points, so that is favorable for the Broncos. The biggest threat to the Broncos is the Charger’s defense. As of last week the Charger defense was ranked third in the league.

Joey Bosa and Melvin Ingram are one of the toughest pass rushing duos in the NFL. Ingram has been sidelined with a knee injury. Ingram was activated last week but didn’t play. He’ll likely be healthy by next week’s game.

As for the Broncos? Come on man. They can’t beat any team if they continue to make critical errors and turn the ball over. Against the Chiefs last week, the Broncos turned the ball over four times and allowed a touchdown return for a touchdown.

Was it the cold? No. Quarterback Drew Lock is still a rookie regardless of this being his second year. He’s still learning.

As Bronco fans, we’re just going to have to face the fact that this is a YOUNG team. Last week Broncos fielded three rookie wide receivers and one rookie quarterback.

It was easy to see the offense is often not on the same page. They’re out of sync.

Next week’s game is going to be a battle for the basement of the AFC West. Both teams are sitting at 2-4 on the season. The Broncos are suffering from end zone phobia. They just 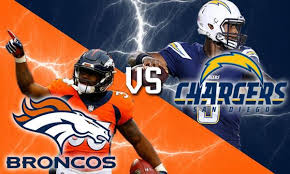 can’t seem to score more than one touchdown each game. Statistically, the Broncos have 116 points on the season. The next worst team, scoring-wise, is the Chargers with 149 points for the year.

Don’t blame the defense. The Broncos have a slew of guys on defense who are other team castaways. This mishmash of misfits has been holding teams to as few points as could humanly expected when your offense can’t find the end zone. Statistically, the Broncos are only 10 points behind the Chiefs in points allowed and are second in the AFC West in that category.

So, what can we expect next week? I think the Broncos are going to feast on crow all week and get their fill of losing. They’ll correct the mistakes, figure out how to execute on offense, at least to a degree that they won’t be embarrassed.

The defense will continue to play well, and keep Hebert from scrambling for big gains. Our defensive backs can cover, and did cover pretty well against the Chief’s high power speedy receivers.

TMJ Pick: Another AFC West Division game that will be a dog fight. The biggest dog gets the bone and this week the Broncos are the big dog. Broncos beat the Chargers, 21-10.