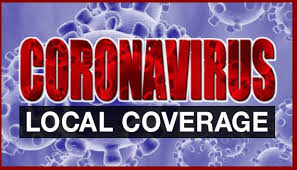 In recent weeks, several areas within the state and across the country have experienced a spike in confirmed cases of COVID-19, a track record that doesn’t bode well for efforts to further open the economy.

And unfortunately, Teller’s prospects of gaining a rating of less restrictive guidelines doesn’t appear promising, which could temporarily shut the door on the bid for table games resuming in Cripple Creek casinos.

So far, the case counts in Teller County have not seen outrageous hikes, but neighboring counties such as El Paso and Fremont, have produced troubling results, with talks of further restrictions.

At the end of last week, Teller County gained a few new cases over the week, but the overall total was still rather low at 201.

But, according to the county commissioners, the case numbers are not low enough to move into a new lesser stage of regulations called “Protect Our Neighbors.” Moving into the 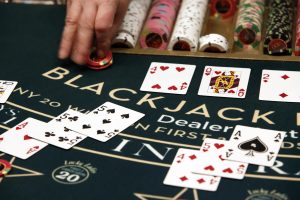 new stage of regulations would allow casinos to reopen their table games, and allow businesses within the county to once again operate without capacity limits.

According to County Commission Chairman Marc Dettenrieder, Teller has been working towards moving to that stage, but a recent hike in cases has prevented the county from achieving that goal. “For a number of weeks now we have been eyeing the possibility of applying for the Protect Our Neighbors designation with the state as we are at the Safer At Home right now,” Dettenrieder said. (This is the middle of the road rating.) “We had a window there where we had the metrics in place but since that time we have been sliding into a place where it is debatable whether we could apply based on our case counts.”

The commission chairman also stated they were cautious about moving into the next stage due to the situation with Cripple Creek casinos.  He said officials aren’t sure that if the county gained this new rating, what would happen if a spike in cases suddenly occurred county-wide. Questions have been raised about this representing an economic gamble that could backfire for gaming establishments.

Dettenreider said that it is not clear if casinos would be able to go back to a more restrictive environment, if a spike in cases occurred, or if they would be forced to shut down completely. He said that the commissioners have reached out to the state Department of Public Health and Environment for clarification on the issue, and are still awaiting an answer.

Compared to other counties in the state, Teller County’s COVID-19 case numbers have remained low; however, they have gone up more than previous levels. According to County Administrator Sheryl Decker, the two-week average has increased slightly. “We have had a total of 201 cases in Teller County,” Decker said. “That’s 20 cases in the last 14 days and when you push that out to per 100,000 people that would be 80 cases per 100,000 people.”

Decker also said that most of the cases have been coming out of the Woodland Park area. So far, Woodland Park has accounted for 124 cases or 62 percent of the total number of cases in the county.

Due to the number of new cases of COVID-19 spiking across the state, Colorado Governor Jared Polis made yet another executive order to help prevent the disease from spreading. Last Friday, his office announced a new public health order that will ban any personal gathering that exceeds 10 people at one location or with members from more than two households.

The announcement came after Colorado had exceeded the recommended seven day moving average positivity rate of 5 percent. “Recent case investigation data show that since July, attending social gatherings and community exposures have become more common among new cases,” the Colorado Department of Public Health and Environment (CDPHE) said. “This suggests that people have relaxed their precautions and are interacting more closely with a greater number of households. All Coloradans are strongly encouraged to limit gatherings.”

However, for some counties that have moved into the Protect Our Neighbors stage, like Gilpin County, the home of the casinos in Black Hawk and  Central City, the new order will not affect them. The new order for every county that is in the Safer At Home stage comes right before the holiday season to prevent large gatherings during Halloween and Thanksgiving.

Lower Ute Pass residents and business operators, meanwhile, may face more restrictions. This could impact businesses in Green Mountain Falls, Cascade and Manitou Springs. According to recent news reports, El Paso County, which has experienced a big spike in cases and hospitalization rates, may reduce both the indoor and outdoor capacity limits for businesses and gatherings.