What happens when you have a very contested local council election, an extremely heated presidential contest, a spree of ballot issues affecting the state’s political/financial future; and then a controversy over your actual ballot getting counted?

The answer to these questions: An absolute record turnout in the general election.

National leaders of the two major parties can hold off with their text messages, emails and pleas for voting. Teller citizens are casting their mail-in ballots in record volumes; and in most cases, are dropping them off at secure ballot box areas in droves. If current trends continue, the county may boast of possibly an 85 percent-plus participation in the Nov. 3 general election. 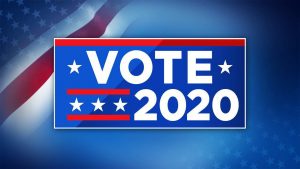 At stake is the contest for the nation’s commander-in-chief for the next four years, a U.S. Senate position in Colorado, a laundry list of  key state ballot issues and a big race for a council seat in Woodland Park. Hold onto your hats as the roller coaster ride could get quite wild in the next week.

“We are expecting a record turnout,” predicted Teller County Deputy Clerk r Stephanie Kees,  who has headed the election activity of the county for a number of years. “We are very excited.”

With this excitement comes probably the biggest election test for county officials. Teller County has employed a record amount of election judges and has added an additional drop-off box area in Divide, near the Venture Foods grocery store area.

As  a result, residents have three options for dropping off their ballots  if they don’t want to use the mail service, and can vote in-person at the Woodland Park Public Library. And to further assist the county, the Focus on the Forest group, footed the bill for an outdoor heated tent, outside the library, with full election equipment, to assist voters.

This extra outlet will come in handy with the COVID-19 restrictions that have limits on how many people can use the vote center at one time.

County officials recently mailed out 19,181 ballots to active voters in Teller County, according to Kees. And by early Friday afternoon, the county had already received back more than 7,000 completed returns. “We have  never had a response like this,” admitted Kees. “There is a lot of interest in this election.  We have never seen anything like this before.”

“It is going very well,” said County Clerk and Recorder Krystal Brown.  If the current rate continues, all participation rates will be shattered, predicted Brown.

On a statewide basis, early voting has exploded with Colorado Secretary of State Jena Griswold reporting the return of more than 1.4 million ballots by early Friday morning.

Officials attribute the response to what some are describing as the “perfect storm” for voter interest.

Charles Dickens, Ernest Hemmingway and John Grisham couldn’t have come up with a better plot.

The 2020 ballot sports a full dose of local, state and national issues/races that should attract much interest.

Woodland Park citizens will decide a key council seat that could determine the political future of the city and the current cadre of elected leaders. For months, the council has been split 3-3 on most key issues.

Voters will also decide on a key presidential election, showcasing one of the fiercest showdowns in decades, pitting Incumbent Republican President Donald Trump against Democratic challenger Joe Biden. No love is lost between these two political camps.

Of course, the presidential race will feature more than 20 candidate choices, but the final tally really comes down to the slug match between Trump and Biden.

And if you have spent much time watching television these days, you have been bombarded by a record volume of TV ads, highlighting the fight for Colorado’s U.S. Senate seat between Republican Incumbent Cory  Gardner and Democratic challengers and former governor John Hickenlooper. This race may actually determine whether the U.S. Senate is retained by a Republican majority, or if it is taken over by the Democrats.  The outcome is pivotal to the legislative landscape of the country over the next four years.

A number of key congressional and state races are also on the ballot.

And when it comes to ballot issues, much is at sake locally and throughout the state. Colorado and Cripple Creek voters will decide if betting limits should be eliminated or relaxed, and if the casino industry can add more games.  This proposition, Amendment 77, will play a big role in determining the city’s future and the fate of gaming in Colorado.  In order for this proposition to get the green light, Colorado voters must approve this plan by a 55 percent margin, and the majority of Cripple Creek voters must say yes in a separate but related question.

The group pushing this issue, Local Choices Colorado, has conducted an aggressive  campaign, financed largely by the state casino association.  Cripple Creek casino and city leaders have strongly backed this effort, saying it allows the community to become more of a destination area and would open the door more for “high rollers.” Some business experts say it could assist an industry hurt by the coronavirus epidemic and allow Colorado casinos to become more competitive with other states.  Colorado is one of the few states in the country that imposes limits for single-bet wagers.

To date, no formal opposition has mounted against this amendment.

Other state issues garnering much attention include the National Popular Vote question, Proposition 113, which would allot Colorado’s nine Electoral College votes to the winner of the national presidential contest, regardless of the outcome in Colorado. This issue has generated much opposition from elected leaders in the region. But on the other side of the coin, pro-Prop 113 advocates say this would create a fairer democracy and curb an Electoral College system that needs reformed.

And the fate of the Gallagher Amendment, Amendment B, approved, in the early 1980s, only allows so much of the tax revenue to come from residential assessments. This proposal would get rid of the original Gallagher provision and preserve more funding for local districts, resulting in lower taxes for nonresidential properties.  However, residential tax bills may increase, if this change is adopted,

And then there is the ongoing controversy over the actual voting process, with the mail-in ballot system under attack by President Trump.

However, local election officials say this isn’t that big of a controversy in Colorado, which has used this system since 2013. According to Kees, most of the local concerns regarding the voting process in Teller County have come from new residents in the area.

But that said, both Kees and Brown contend the media attention regarding mail-in votes, and the counting of ballots, has resulted in more residents dropping off their ballots in-person at designated, 24/7 boxes, instead of dropping them off in the mail.  Also, the vote center in Woodland Park attracted huge crowds early last week, with more  than 100 people frequenting the center last Tuesday.

Since then, the vote center crowds have dimmed somewhat. But big lines are expected on election day.

“We are asking everyone for patience,” said Kees, who stated that the vote center participation requires the wearing of masks and abiding by social distancing requirements.

The current drop-off boxes for Teller voters are located at the courthouse in Cripple Creek, the motor vehicle’s office in Woodland Park and the Divide Venture Foods shopping center. A vote center has been established at the library in Woodland Park. Also, voters can drop off their ballots in person at the clerk and recorder’s office in the courthouse in Cripple Creek.