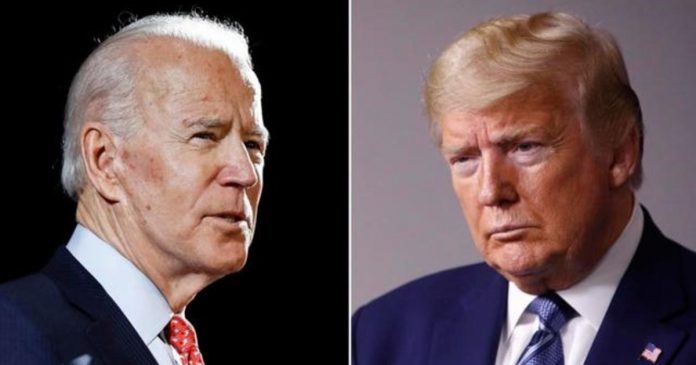 What happened to our sacred tradition of presidential debates; or for that matter, when was the last time you witnessed a meaningful official exchange between the top candidates for the Oval Office on television.

Well, maybe 40 years ago, when former President Ronald Reagan threw out his softball question: “Are you better off then you were four years ago?” It wasn’t the line, but his delivery that lifted Ronnie’s sprint to the White House against incumbent President Jimmy Carter. He came off as a nice guy in that forum, while Carter unsuccessfully tried to portray Reagan as someone who was going to blow up the world. That debate came to mean something as the election, just prior to the Carter/Reagan showdown, was a dead head. And Reagan, to the surprise of the Beltway media, won handily.

Democratic nominee and former Vice President Walter Mondale tried to use the same line against Reagan four years later; but by that time, his campaign had already self-destructed.

And there was the debate of all debates, the showdown between Richard Nixon and John Kennedy, decided by all things: face makeup and Nixon’s tired look on television.  A big

foreign policy gaffe former President Gerald Ford once made played a role in his defeat to Jimmy Carter in 1976.

There have been a few goodies since the Carter/Reagan showdown, but none really changed the course of the election.   I always thought Senator John Kerry was one of the best debaters, easily squashing George W. Bush in several occasions, especially when it came to the Iraq war. But Kerry just couldn’t overcome his New England elite image. Compared to the odds he faced going into that election, he actually pulled off a pretty good campaign.

Barack Obama was a great orator, but he was no debater and was never really tested on the national debate stage. The Bill Clinton/George H. Bush and Ross Perot get-together was a doozy, but it didn’t mean anything. Clinton, probably the most naturally-gifted politician, lured many with his folksy style and a new image for the Democrats. But quite frankly, Perot stole his show with his one-liners about having no experience in dealing with trillion-dollar deficits. That election was “decided by the economy, stupid,” not by any presidential debates.

In essence, presidential debates are something we always yearn for, but are solely disappointed in the final product. The forum definitely needs to change to adapt to more policy-driven questions and today’s 24/7 news cycle.  Cable news also needs to adapt, as now it’s almost a sure bet which candidates they will favor.

In fact, unless the format is changed, local bars/restaurants should get into the act. They could actually end up as the real winners. Last week’s presidential debate was definitely a margarita or whisky night. No sober person could have endured that escapade.  It definitely was not a beer or wine night.  That couldn’t mute the national pain.

Hopefully, the Commission on Presidential Debates will come up with alternatives.  Last week’s bout between Donald Trump and Joe Biden was a disaster, but what did you expect.  Cable news outlets have trounced this one to death with endless Monday morning quarterbacking and analysis after analysis.

From my perspective,  Trump won on the economy, while Biden was the clear victor on coronavirus management and health care. Major gaffes were performed by Trump obviously on his refusal to denounce white supremacy groups, and Biden stumbled somewhat on specifics with the Green Deal details and future Supreme Court picks. But they both probably deserve a C-minus as debaters and public speaking, and in outlining public policies.

Without further delays, here is some of the analysis from local Republican and Democrat supporters in our community:

“Neither of the candidates presented themselves very well, and the moderator of the debate was even worse. The problem was the format. The format was a recipe for a disaster and that is exactly what you got. It was hard to watch.”

As a Trump supporter, Stone contends the questions directed at president regarding his views regarding white supremacy groups were blown out of proportion.  “That’s the first time I have seen the moderator and one of the candidates gang up on another candidate.”

As for improvements, in the process, Stone suggests more specific policy questions and less of the gottcha’ attack questions.  “Let’s forget the personal attacks.  What are we going to do about the mess we are in now?  That’s what I want to know. It will be interesting to see what happens with the vice-presidential debate.” But like most debate-goers who are key leaders of one of the two main parties, Stone indicated he isn’t going to lose any sleep over waiting for a meaningful presidential debate. 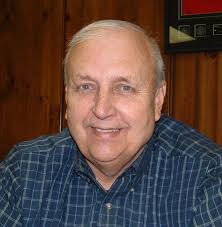 “Everyone lost on this one.  The candidates, the moderator and the viewers. It was a debacle. And there was plenty of blame to go around. But when it really comes down to it, it is not going to make a difference. People have already made up their mind (by the time of these debates).   The way these debates go now, the only thing that will make a difference is major gaffes the candidates make.  And that’s not going to happen.”

As a big supporter of Trump, he contends Chris Wallace threw too many “softball” questions at Joe Biden, while reserving more personal bombs for Trump.

But that said, DeVaux agrees the president won’ t win any awards for his performance.