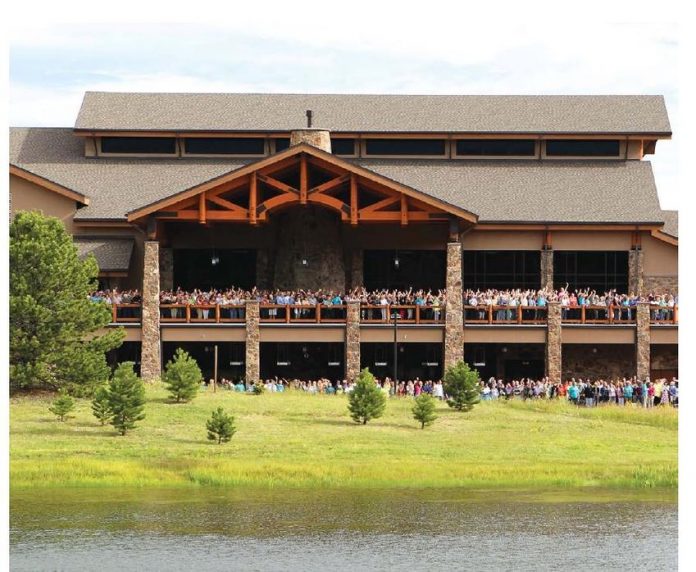 The bell has officially rung, signaling that the boxing match between  Andrew Wommack Ministries International (AWMI), which operates Charis Bible College), and state/local health departments has entered Round Two. Hold onto your seats, as the verbal punches could get intense.

Last week, a non-profit organization called the Liberty Counsel, filed a lawsuit against the Colorado Department of Public Health and Environment (CDPHE) on the ministry’s behalf, claiming that the state’s coronavirus restrictions, especially those dealing with public gatherings, violated the First Amendment’s freedom of religion clause.

Previously, the state issued a cease and desist order to the college due to a bible conference they had in July. The ministry ignored the order and held their conference anyway, which county officials say was the cause of the region’s first outbreak when over a dozen people that either worked for the college or attended the conference tested positive for COVID-19. In their behalf, Andrew Wommack officials question the timing of the order, contending the order was issued while the conference was underway.

The suit claims that Colorado Governor Jared Polis’ executive order limiting the capacity of a building prevents them from having prayer or worship sessions. As a part of the lawsuit, the Liberty Counsel filed for an emergency injunction (that consisted of nearly 700 pages altogether) to allow a gathering of more than 175 people in their building during a pastor’s conference that is slated to take place starting this week.

According to a Liberty Counsel press release, the state’s mandates offer exemptions to several non-religious businesses and organizations, but will not allow religious gatherings of more than 175 people in one building. The Charis’ lawyers also said that the state regulations allow the bible college to continue with their education programs with hundreds of people in one building, but as soon as they want to have a prayer or worship session, they cannot put more than 175 people in one room even if social distancing and face mask requirements are in place.

In the lawsuit, the Liberty Counsel stresses that the state favors certain businesses and organizations over others. The team of lawyers defending Charis also made the claim that Polis has not done anything to prevent large political protests, many of which occurred

following the killing of George Floyd, where the people attending were not adhering to any of the state health department’s orders. For weeks, Denver and other cities, including Colorado Springs, were bombarded by major protests.

Case Far From  Over

But in response to the Liberty Counsel suit,  a district court judge denied the injunction and said that allowing the Charis pastor’s conference would put the state and the general public at risk. However, immediately after the judge’s decision, the conservative legal organization filed an appeal.

treatment to the free exercise of religion. We look forward to presenting arguments to the Court of Appeals, and even the Supreme Court, at some time in the future. This case is far from over.”

As a part of the appeal, the conservative lawyer team based out of Orlando, Florida, filed for an emergency request for an injunction to the Tenth Circuit Court of Appeals due to the alleged unconstitutional acts of the state’s governor. The move was made in an attempt to push the state government and health department to allow the bible college to proceed with their conference that was supposed to have started on Monday.

Then last Friday, the appellate court issued an order forcing the governor to respond to the bible college’s emergency injunction order. As of press time, it wasn’t clear whether Polis would make a final verdict regarding the matter of upholding or denying the earlier court denial action.

Most political and legal insiders contend that Wommack Ministries has an uphill fight in convincing Polis to take their position, based on his past actions. But the governor’s decision could determine the fate of the upcoming pastor’s conference and related in-person events like this.

Teller County is not exactly out of the woods in the fight between AWMI and the state.

A press release submitted by the Charis legal group  also pointed the finger at Teller officials, claiming that the Teller Health Department was following in the governor’s footsteps and was acting in a  bias manner.

“Teller County has favored casinos with a ‘wink and a nod’ by allowing them to manipulate the number of people in their buildings in order to exceed the 175-person limit,” stated Liberty Counsel officials. “Equal treatment is not offered to AWMI, which has a 3,100-seat sanctuary with a total of 5,000 seats in various rooms at its Charis Bible College campus.”

Regardless of the final outcome in this legal fight, the Charis legal team considered last week’s court order as somewhat of a win for the ministry and its team of conservative lawyers. “We are pleased the Court of Appeals is responding quickly to our emergency request for an injunction pending appeal regarding Governor Jared Polis’ unconstitutional orders,” Liberty Counsel’s chief legal representative said. “The governor gives preferential treatment to nonreligious gatherings over religious gatherings while the First Amendment gives preferential treatment to the free exercise of religion.”

The final verdict could affect what happens in the future with Woodland Park’s mega bible college, which in the past has held many big events and rallies. The decision also  may impact county leaders as they try to seek more variances and move towards trying to get Teller to qualify as a “Protect Our Neighbors” rating, which offers the fewest restrictions available to counties across Colorado (see related story).