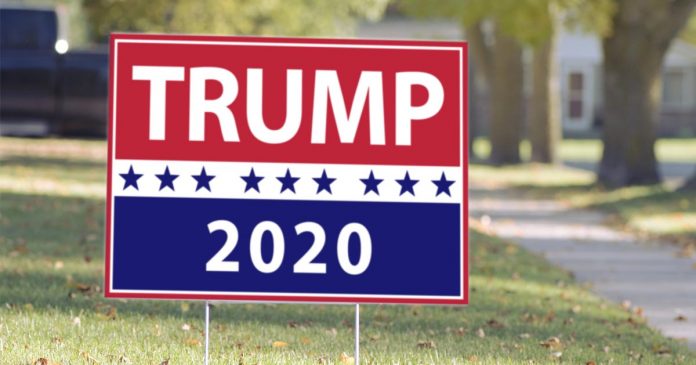 That declaration is pronounced loud and clear with signage displayed in the High Country and in rhetoric expressed in local newspapers and on the social media front.

However, when it comes to Colorado political realities and the growing surge of unaffiliated voters, the hurdles to climb are getting higher for GOP boosters. But on the upside, the stakes appear promising for a positive victory for a ballot proposition, seeking the elimination of $100 single-bet limits in the Colorado gaming communities. This could provide a needed boon to Cripple Creek and Teller County.

These are some of the conclusions made last week by Solomon Malick of the Peak Government Affairs group, in addressing the Cripple Creek City Council. Malick has served as the city’s head government lobbyist for the last several years, and has taken an aggressive, high profile stance in outlining key issues facing the gaming community.  He is one of the main state lobbyists who gives regular reports to local elected leaders.

As for GOP victories in November–tallies that generally are supported by most local leaders– the prospects don’t look good, warned Malick.

Malick contended that while Donald Trump is extremely popular in  Teller and El Paso counties, that apparent love affair isn’t shared across Colorado.  Plus, more and more outside interests from such states as Massachusetts, New York, and California are further clouding the picture. “Trump is so unpopular in Colorado,” said a representative from the lobbying group, in speaking directly to the council last week.

Malick noted that Trump didn’t carry Colorado in 2016, and expects the same outcome in 2020. As for the heavily contested U.S. Senate race between Incumbent Republican Cory Gardner and Democrat challenger John Hickenlooper, the lobbying group estimates that Hick is holding about a seven percent lead, if you take the average of most polls.

However, Malick doesn’t believe this race is out of reach for Gardner, despite the dire reports in many cable news outlets. He contends this race, which could determine whether the U.S. Senate is controlled by the Republicans or Democrats, is still up for grabs.

A big decisive factor determining national politics in Colorado deals with the rise in unaffiliated voters, often referred to as Independents. This segment of the electorate has now become the prevailing block of voters in Colorado, outnumbering both Democrats and Republicans. “There has been a big increase in unaffiliated voters,” admitted Malick.

And unfortunately for the state Elephants, the majority of the Independents have been swaying toward the Democratic side.

When it comes to the state legislature, again Malick didn’t give an overly positive view of a Republican takeover of either the state House or Senate. However, the lobbyist gave fairly good reports of a number of current Democratic lawmakers, suggesting that they would work for the interests of Cripple Creek. If Malick had his druthers, he said he would prefer a mixed bag, with one party controlling one legislative body, and the other party dominating the other.

The upcoming Nov. 3 election is invaded by 11 ballot issues, with voters dealing with a wide range of subjects including  gray wolves, the Gallagher amendment, betting limits in casinos, abortions, the National Popular Vote effort, citizen qualification of electors, the state income tax rate and much more.

An End to Gaming Betting Limits 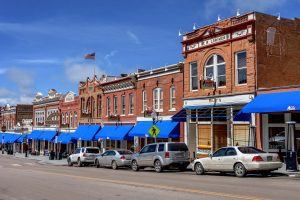 Currently, single-bets are restricted to $100. This amendment is heavily favored by city and business leaders in Cripple Creek, who see this as a way to attract more high rollers and to generate more money for the region.  A pro-Amendment 77 campaign also is being spearheaded by the Colorado Casino Association.

“Things are looking good on this,” said Malick. However, he didn’t release specific polling information.  No real opposition has mounted against the raising the stakes movement. Colorado is currently one of only two states in the country that has implemented betting limits. But the bar is higher for ballot passage, as 55 percent of the voters in Colorado have to say yes on this amendment due to a change in the state laws. In addition, voters in Cripple Creek have to agree on a separate but related issue on the ballot.

If Amendment 77 gets the green light, initial reports indicate this could mean a minimum boost of 5 to 10 percent in gaming revenue annually, just with the addition of the new games associated with the proposal.

The other state issue drawing much attention too is the National Popular Vote effort,  Proposition 113. A variety of municipalities and county entities in the region have endorsed resolutions opposing the movement, which would allocate all of the state’s nine Electoral College votes to the presidential winner of the national popular vote tally.

As for forthcoming gaming legislation, Malick predicts a pretty tame state session with not many pending bills impacting southern Teller. But he did warn of a more regulatory climate with the Democrats in charge of all three branches of the state government. And to add to the region’s woes, he conceded that the state is encountering major financial struggles due to the coronavirus epidemic, a predicament that could lead to a big decrease in infrastructure improvements.

The Cripple Creek elected leaders didn’t have any unexpected reactions to Malick’s presentation other than to express disappointment with the current fiscal and political climate.  They asked Malick to continue to update them on key legislation, even if the news is not good.