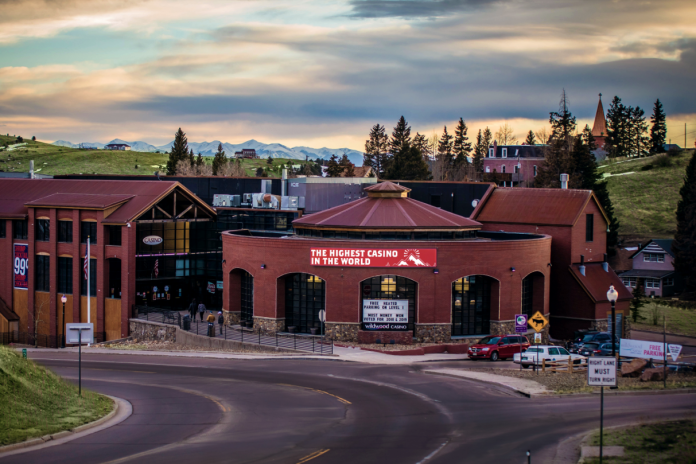 After years of talking and doing studies about a critical local issue, the workforce housing chants are getting louder and may finally result in a new tangible, real-life  project in Cripple Creek.

Last week, the Cripple Creek City Council, with virtually no objections, granted a special exception green light for the Wildwood casino and owner Joe Canfora for a phased plan to convert part of the Gold King Mountain Inn into employee apartments. In addition, this approval sets the stage for the development of small bungalow/cabins on the south part of the hotel property.

would only involve one apartment and one bungalow/cabin structure.

Cripple Creek Planning and Community Development Director Bill Gray has listed nine conditions, including adhering to the recommendations of a major housing needs study completed last summer by an outside firm. He also wants to make sure the architectural design of the bungalow/ cabinsmeet community standards and that they resemble permanent structures. “The architecture is very important,” said Gray.

This is the part of the forthcoming project that has raised the most questions.

But Gray mostly waved a go-ahead flag, citing the community benefit for the project and the strong need for these types of projects. “It is  much needed,” said Gray, in citing the importance of workforce and affordable housing in Cripple  Creek.

The Wildwood overall plan calls for the conversion of 14 rooms on the lower level of the Gold King lodging property into seven one-bedroom, one-bath apartments.  Also, they want to feature six  bungalow/cabins on the south side of the property, which may be facilitated by a San Diego-based company. These bungalows, which would be accessed by city infrastructure, would be occupied by one or two people. They amount to tiny homes.

The bungalow concept has drawn comparisons to ski towns, like Aspen. But Canfora cautioned the council that is  not their intent. “We are not in the ski business, where we are trying to get six people into a bungalow,” said the Wildwood owner. He described this as an entry-level housing/rental arrangement to assist their employees in their desire to work and live in Cripple Creek. He said a similar approach is taken in other locales across the country. “They feel part of the community,” said  Canfora, in describing this bungalow approach. “I see the bungalow as a solution (to the immediate housing problem),” he added.

During a brief virtual presentation at last week’s meeting, Canfora stated that their housing development is being done to address the employee housing shortage their casino will confront, with the completion of their adjacent hotel. “We are in the middle of a development with the hotel,” explained Canfora. And when completed, he sees a growing housing need, lingering on a possible crisis.

Canfora  cited three levels of rates and possibilities for their workforce housing development, which will operate under the umbrella of a company called Cripple Creek Hospitality LLC. The cheaper rate starts with the bungalow/cabins.  The one-bedroom apartments represent the next  level of housing. And down the road, the Wildwood owner mulls the construction of new, more elaborate two-bedroom, two-bathroom units at other nearby lots owned by the casino.

The development will initially address housing needs for Wildwood employees, but it will eventually open up to other workers in the community, such as city employees.

Canfora didn’t have to do  much arm-twisting with the council. “It is a good win-win,” said Councilwoman Meghan Rozell. “We have all been talking about employee housing for a long time.”

If the councilwoman had her druthers, she wants  to help make sure all the units get filled.

Other council members agreed and didn’t hesitate in signaling the green light. Mayor Pro Tem Tom Litherland expressed much optimism about the project. His only reservation dealt with the touchy issue of trash in Cripple Creek, since the Gold King rests on an area overlooking the main highway and entry into Cripple Creek. “We all know how trashy Cripple Creek can get,” said Litherland. “The trash comes down the highway.”

He urged the project operators to add more garbage receptacles in their plans to deal with this potential problem.

But like all the council members who decided on the issue last week, the mayor pro tem was quite excited about the project. Ever since a housing needs study was done last year, elected leaders have anxiously sought new housing bids.  This study indicated that the community had a desperate need for new housing units, both in quality and quantity.

The only other workforce housing effort done in the last few years dealt with the purchase of the Gold King Inn by Triple Crown Casinos to accommodate some of their employees.

Canfora said he hopes to get the infrastructure completed soon to start the first phase of the project. 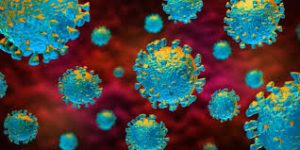 In other action, the council last week heard a report indicating the coronavirus infection rate is headed in the right direction, with the Cripple Creek/Victor area still recording hardly any positive cases. “Our end of the county is only reporting six percent (of the total cases in the county),” said Finance Director Paul Harris.

Based on conversations with state officials, Cripple Creek won’t have to worry about any more pending restrictions, according to city officials. However, the campaign to receive a few  more variances, such as adding table games to casinos, is unlikely in the immediate future, based on most reports.

Harris announced the scheduling of upcoming 2021 budget meetings for Oct. 7 and Oct. 8 at 3 p.m. in the council chambers. These meetings could  get lively, as the town is facing big financial pressures due to the pandemic impacts. In 2020, the city got hit with a $2.2 million budget reduction.

But according to some accounts, this may just be the beginning of the fiscal bleeding.