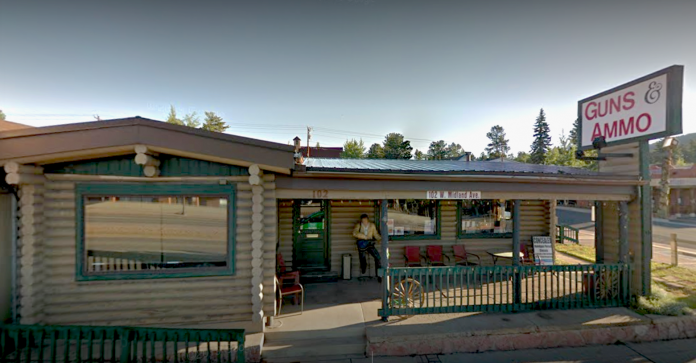 Firearm Thieves May Have Raided Similar Business In Pueblo

Authorities, including officials from local and federal law enforcement agencies, have successfully captured three suspects whom they believe were responsible for a robbery of a popular gun shop in downtown Woodland Park, following a lengthy standoff in Colorado Springs.

But luckily, the capture of the reported gun thieves was made with no injuries or casualties.

Early last week, the Woodland Park Police Department responded to a call at the Alpine Firearms gun store, located in downtown Woodland Park, saying that the alarm had gone 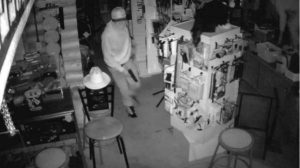 off due to windows being broken. Three individuals were seen on camera breaking into the gun store and leaving with firearms and ammunition. Surveillance footage also got a picture of their car heading east bound on Hwy. 24 after the incident.

Since the break-in involved the theft of firearms, federal agencies, including the Alcohol Tobacco and Firearms (ATF) and the U.S. Marshals, were called in to help find the suspects. According to gun store owner Jon DeVaux, the chase led authorities to a Days Inn in Colorado Springs where one suspect fled and led police officers on a chase that wrecked two law enforcement vehicles. The suspect then entered a house and after a five hour-long standoff the man was arrested.

Law enforcement officials ended up arresting three individuals, two males and one female, and more than one of the individuals was on parole. DeVaux also said that law enforcement agents believe that the same group of people were responsible for robbing a gun store in Pueblo as well.

“In response to a burglary that occurred Monday morning (Aug. 17) at approximately 4 a.m., several officers and agencies have been working around the clock to locate the suspects,” the Woodland Park Police Department said in a press release issued last Friday. “We are happy to announce that three suspects have been arrested. We would like to thank our officers and detectives for their effort and dedication during this case.”

According to DeVaux, the gun store owner received a call at around 4 a.m. last Monday morning from his alarm company, saying that a window had been broken in his gun store. This prompted DeVaux to have the alarm company notify the police. “They broke in here at 4:10 a.m. last Monday morning,” DeVaux recalled. “They smashed the front window and the side window. They threw a chair through it so they made a hole that was about three or four feet. They came through that hole just after four o’clock (a.m.) armed with pistols and walked through here. All my guns were put away except one I had out that was going into repair and two others that were getting picked up so they left with that.”

DeVaux said that law enforcement agents were able to recover all of the weapons stolen from the store, and that he will get the firearms back once the trial is over. The gun store owner also said that he was glad the incident ended in the way that it did, with no injuries.

“The police were here in four minutes,” DeVaux said. “And they (the robbers) were out of here in three minutes and thirty seconds. The police missed them by 30 seconds! And it is probably good they did because they would have been shooting from inside out and they might have hit one of our Woodland PD officers.”