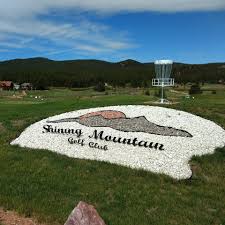 Golfers and RVs are just not a good par match—at least for overnight and extended stays in the parking lot of the area’s sole links outlet.

At last week’s regular meeting, the city council took up the issue of whether or not to allow RV parking at the Shining Mountain golf course in Woodland Park. Following much resident opposition, the council nixed the idea.

At the July 16 regular meeting during the public comment portion of the meeting, Shining Mountain General Manager April Babin asked the council to allow the course to let traveling

golfers in RVs to camp overnight in their parking lot. This request is part of a big boom in RV use across the country, with many recreational groups associated with this trend. The Shining Mountain owner, Greg Brown, has also endorsed this idea.

Council responded that Babin must follow codes set by the planning commission that deal with overnight camping, but that the Shining Mountain GM has the option to apply for a change to the PUD (planned unit development) that governs the regulations regarding the golf course development. That process, though, would take at least 30 days to complete.

Too many rigid codes

This stance, however, was questioned by two of the new members of council, who aren’t keen on certain codes.

Council Members Jim Pfaff and Robert Zuluaga wanted to bring this issue before council for further discussion.  As a result, it was  placed on the agenda for discussion. Both council members have stated they believe some of the city’s codes are too restrictive and pose an undue burden on business.

Zuluaga was first to express his opinions on the matter. He said, “The presentation done by Shining Mountain brought up a really valid question and that are the ordinances that are being enforced still reasonable?” He went on, “It opens up a discussion not only for overnight parking at the golf course but also overnight parking generally for RVs in the community.”

Councilman Rusty Neal chimed in saying, “By our municipal code this type of issue would come before the Board of Adjustment and they would hold a special meeting and they could take a vote on a variance.”

City Attorney Jason Meyers interrupted Neal with, “There are some things you can grant a variance on and some things you can’t, and in this particular instance we’re talking about a use that’s not allowed in that area not necessarily a deviation from the requirements of the code.” He continued, “It’s a very slippery slope when we start saying, ‘We’ll go ahead and bend the rules to allow this use and the next person comes up and is entitled to the same.’”

Neal went on to say he spoke to the local RV park owners and that they also expressed a negative attitude on the issue. He said one RV park owner said they fear roving RV owners will overwhelm the park’s dump stations. This owner noted that some RV owners only come into his park to use the dump station and wind up leaving the area in a mess. As a result, he has closed his dump station to RVs that are not camping in his park. Another RV park owner said he is considering raising his price for outside RVs who just use the dump station from $15 to $45 because of the amount of non-camping RVs using the station.

Councilman Jim Pfaff defended what he considers the golf course’s right to use their business as they see fit. He said, “I believe it is relevant to look at businesses like Shining Mountain and recognize that they’ve got a financial interest in trying to do what’s best for them.”

He claimed Shining Mountain has done their due diligence on changes to accommodate RV parking at the course.

Mayor Pro Tem Hilary LaBarre gave her take on the issue. She noted her personal experience with the RV issue. She said, “I can just say, I have an enormous amount of community feedback because of my last name. About how they feel about changing the code on camping in parking lots and I can promise you the majority of the community is not behind this. I would not support it either.”

Zuluaga then claimed the issue is before council because of citizens’ complaints about code enforcement. He said, “The feedback that council is getting is that some of the rules and regs that are accepted as the way we do business in Woodland Park. COVID has really pressed the city. The reason that I have taken this ball and run with it is because it is a really fair question that we need to look at across the board. Are we being punitive?”

Several residents spoke in opposition to RV parking at the golf course. Resident Elizabeth Miller cited a list of issues she has with allowing camping in the golf course parking lot. Among her concerns are that the parking lot is too small for RVs and parking is already overcrowded. She claimed at peak times golfers are parking in her neighborhood and blocking driveways because the lot is full.

Resident Joe Fury spoke about the fact that the city has codes for a reason. He worries that allowing camping there will open the door for “who knows what? Camping in boxes?”

Following last week’s discussion, the council, without taking a formal vote, agreed to not allow RV parking in the golf course parking lot. There could be future plans, though, for RV areas in parts of the development adjacent to the golf course.