Burger Up and Vote For the Prime Local Meat Paradise

~ by Rick Langenberg and Trevor Phipps ~

All right, we are not going to lie. If you are a vegetarian, or Boulder bike nut snacking on Gerona bars, or someone ready to make a reservation to trek up the Manitou Incline, read no further.

Teller County is Meat Country. And to help celebrate this great legacy, we have unveiled our first annual Burger of the High Country Contest and Tribute.  Plus, with the coronavirus 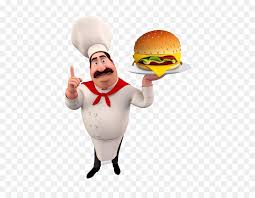 epidemic, it is only fitting to honor a few acclaimed local eateries who have helped keep this tradition alive, under trying conditions.  This has taken extreme ingenuity and gritty work.

Whether you are recreating, working, relaxing or touring through the area, the chance to devour a classic or award-winning burger is beyond words, and part of our revered High Country mountain lifestyle

Within the next few weeks, on our Facebook page, TMJ Website or via our email at editor@mountainjackpot.com., pick your favorite local venue for burgers at one of the following locations, which have received the top recommendations based on an initial panel of experts. The winners will be announced during our annual fall celebration/anniversary of the gaming edition at the end of September.

We also will include an article in our next issue, Sept. 1, outlining this competition in more detail

In the meantime, check out all of the burger haven locations (mentioned in this week’s issue). Please don’t be shy with your eating quantities and choices (whatever you do, you won’t compete with the likes of Dr. John Jones, Trevor Phipps and Rick Langenberg, known for their hearty meaty appetites) and  Burger Up.

This eatery has been a famous spot for locals to go out and enjoy a movie and a nice dinner. Due to the restaurant being located right next door to Woodland Park’s  Gold Hill Theaters, many start their evening with a dinner and wine at Carmen A Tapas before enjoying a film on the big screen.

The menu consists of a variety of items from seafood, steaks and of course burgers. The burgers at Carmen A Tapas are all made with buffalo meat and are enjoyed by many.

The restaurant also specializes in tapas, which are small savory appetizers that are meant to be shared. The eatery also runs specials, when they often bring fresh fish to the table. In addition, they offer one of the coziest small bars in the area.

The roadhouse has been a favorite hangout spot for locals and those riding through for several years now. Recently, the restaurant completed a major $200,000-plus remodeling operation as the building and business assumed new owners.

The eatery offers several dishes including barbecued items and they pride themselves on having one of the best burgers in town. One burger that stands out from the rest is a new addition to their menu that they are calling their Cheddar Bacon Brisket Burger.

The restaurant is also a good place to enjoy a cocktail and draft beverage while enjoying some smoked barbecue or a delicious burger. The eatery also offers a variety of appetizers like wings and quesadillas that can be enjoyed with a group of people.

As the name suggests the Ute Inn remains to be a significant part of Woodland Park history as the bar and restaurant was established in 1942. Some local rumors claim that the business is the longest continuously operating bar and restaurant in the state of Colorado but nobody has been able to verify this claim.

In any case, this local hangout gem has always been known for having good food. One of their most famous items on their menu is of course their hamburger selection.

The restaurant also offers a variety of other items including smoked meats, sandwiches, and smoked wings. Some say that the Ute has some of the best smoked barbecue in the area.

Judge’s is one of the newest restaurants in Woodland Park, but they are slowly becoming a local favorite. Judge’s offers a large menu with several dishes ranging from steaks, sandwiches, hamburgers and some “South of the Border” food items.

The restaurant’s menu consists of a variety of hamburgers including the option of having a double. Other burger options include a patty melt, a Hawaiian burger, a swiss and shroom burger, and the fire pit for those who like their burgers spicy.

The eatery also offers several other items for those wishing to eat healthy and a variety of desserts for those that have a sweet tooth. Judge’s dessert menu consists of delicious items like cream pies, cheese cakes, and ice cream sundaes.

McGinty’s Wood Oven Pub offers a fun touch of Ireland, with a warm, family feel, right in the heart of Divide.

In November, McGinty’s will celebrate their 10th-year anniversary. The pub’s proprietor, Tracy McGinty, has decades of experience with food and beverage management/operations in Colorado and even Buffalo, New  York, where she grew up with Irish pubs.  And more recently, McGinty’s culinary flavor was enhanced by the addition of executive chef Larissa Vendola, formerly the head chef of Garden of the Gods Market and Café.

McGinty’s is known for their authentic food selections that have critics raving. Their burgers, bearing such names as Patrick Killday, Pedro Hernandez Murphy and Nutty Blue Irishman, have gained quite a following with Divide meat, provided and raised by the PBJ Cattle Company. Their fish fry, every Friday and Saturday night, are also big hits with Irish ale, battered deep-fried Haddock fillets. Other popular items are their wood-oven crafted pizzas.  McGinty’s won a number of awards in the 2020 Best Of the High Country contest, including the Best Wait Staff.  With the addition of a sports bar several years ago, McGinty’s also has become a prime place for sports-viewing.

My Sweet Escape Bakery and Café

This breakfast and lunch diner has been in business for seven years now, and they pride themselves by being the third highest elevation bakery in the U.S. Owner Renee Taylor came from Texas and now considers herself an expert at baking in high elevations.

Many do not know, though, that My Sweet Escape is more than just a bakery and that they also offer a delicious lunch menu with home-made hamburgers. All of the burgers at My Sweet Escape are made with a half-pound patty and put on a homemade Czech bun. The restaurant also pairs their burgers with either French fries made from hand cut red potatoes or hand fried pork skins.

My Sweet Escape also operates as a full-service bakery and will make cakes and other things requested by customers. The eatery calls itself Home of the “Kolache”  (pronounced ko-LAH-chee) which is a Czech pastry that holds a dollop of fruit or sweet cheese rimmed by a puff pillow of dough.

This hidden gem is located off the beaten path behind Venture Foods in Divide. This local favorite is known as a fun hangout spot as well as a place that has some of the best food around.

The restaurant also offers other favorite items such as their philly cheese steak and Rueben sandwiches. However, Russ’ likes to be known as THE place to get a burger as their specialty burgers take up most of their menu.

Shining Mountain originally started as a golf course in the mid-1990s under Japanese ownership with the intent of serving as a getaway for overseas wedding guests. The crashing of the Japanese economy in the 1990s, though, ended that plan.

Following a variety of  ownership stints, the development gained more stability under the current owners, headed by Greg Brown of California, nearly 15 years ago.  Shining Mountain has gained a growing reputation as the region’s premiere venue for events and weddings, a prime, challenging 18-hole golf course, several disc golf layouts, and a fun, relaxing restaurant with the Turn & Burn.

With new management,t under the helm of April Babin and her family, the restaurant is known for their Eagle burger plates, Tower of Onion Rings, Pikes Peak Nachos, Fish and Chips and enticing Italian plates. And nothing can rival the views from the clubhouse. Plus, the facility offers a prime spot for various groups in the community to meet.