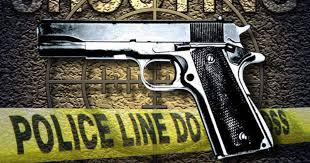 As per state law, the El Paso County Sheriff’s Office took over the investigation to see if any charges should be filed against the deputies involved.

Last Wednesday, the Fourth Judicial District Attorney’s Office ruled that the shooting was justified under state law. According to their statements, no charges will be filed against the sheriff officers because they were legally allowed to use deadly force during the incident.  As a result, both officers have been cleared of any potential chares.

The incident occurred on May 22 at around 9 p.m. when a Teller County deputy spotted a man on foot on County Road 94 near the Park County border. The deputy stopped his vehicle and approached the man when he realized that the individual fit the description of someone wanted on felony menacing allegations from the previous day.

As the deputy, Sergeant William Markus, approached the man and began a conversation with him, the man pulled a handgun out of his waistband.  The sergeant then started telling the man to put down the gun, and tried to help the suspect identified as Robert Rowland.

Despite several verbal commands and offers to help the suspect, Rowland ignored the commands and continued to brandish a weapon. While the sergeant was trying to get Rowland to drop his gun, the DA’s report said that the suspect refused to comply and kept walking around waving his gun in the air.

At one point during the confrontation, Markus noticed Rowland put a bullet inside the chamber of the firearm and then pointed the gun at his own head. By this time backup had arrived and another deputy showed up to assist Markus during the incident.

“Corporal Sean Boe, who was armed with a Smith & Wesson, M&P AR-15, soon arrived and got in to the passenger side of Sgt. Markus’s vehicle with his gun pointed toward the suspect,” DA spokesperson Lee Richards said in the statement. “Both deputies continued to attempt to verbally engage Rowland in an effort to convince him to drop his weapon, but they were unsuccessful. At one point, as Rowland raised his gun, pointed it toward the officers and charged the vehicle, Corporal Boe shot one round, striking the suspect in the midsection.”

Shortly after the one shot was fired, other deputies showed up to attend to the wounded suspect. The suspect was then airlifted to a hospital where he was treated for his injuries.

Rowland has since recovered from his injuries suffered during the shooting and he is now going through the court process facing charges two counts of first-degree assault, threatening a peace officer with a weapon, among other charges. His arraignment is set for August 31 in Teller County.

According to the DA spokesperson, no charges will be filed against either of the Teller deputies in the case because the use of a firearm was justified under state law.

“Colorado Revised Statutes 18-1-707 provides that a peace officer is justified in using deadly force if he or she reasonably believes it necessary to defend himself or a third person from what he reasonably believes to be imminent use of deadly physical force, or to effect an arrest of a person he reasonably believes has committed or attempted to commit a felony involving the use or threatened use of a deadly weapon, or otherwise indicated that he is likely to endanger human life or to inflict serious bodily to another unless apprehended without delay,” Richards said.

“In addition, Colorado Revised Statutes 18-1-704 provides all citizens with the right to defend themselves with deadly force if they reasonably believe they are in imminent danger of being killed or receiving great bodily injury and reasonably believe a lesser degree of force is inadequate.”