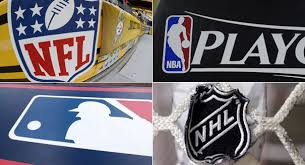 Rockies, Avs and Nuggets Back In Action; Eying Playoff Contention

Due to the COVID-19 pandemic most professional sports either did not start up as usual, or their seasons were halted before they were finished.

However, after being off for a few months the MLB, NHL, and NBA have all started back up but with shortened seasons and the absence of fans at the games.

Baseball never got to start play in 2020 and it has a COVID-friendly season that only features 60 games,  making each game count that much more. Basketball and hockey are playing a small season before they will have their playoff tournaments that will decide a champion for 2020 since both seasons were stopped after they started.

At the time of  this article, the Rockies were sitting at an impressive 10-3 record to start their season. And, the three losses they have suffered were all by only one run apiece where the team’s closing pitching staff just couldn’t hold it together.

The Rockies thus far have sported some pretty impressive pitching, with their starters being able to hang in there and keep the scores low during most games. Their hitters have also stepped up this season as several of them have come in clutch with homeruns and RBIs when it was badly needed.

Many have attributed some of the team’s success this season to the fact that the rules are different this year during the COVID-era of play. Normally, in the National League the teams must put their pitchers at bat during the game, but the rules in 2020 allow both leagues to have designated hitters, instead of having the pitchers bat. This rule change has allowed the Rockies to let some of their power hitters rest for a game here and there by putting them into the designated hitter position and relieving them from defensive field play.

Whatever the case, Rockies fans should be excited for one that baseball is back, and for two, that the Rockies are currently leading their NL West Division by half a game above the LA Dodgers. However, due to past trends, many fans wonder if the Rockies will be able to hold onto their successful record throughout the duration of the season or if they will “choke” towards the end of the year like they have done so many times in the past.  Plus, the Dodgers have  become quite a baseball empire.

Currently Right Fielder Charlie Blackmon is the team’s star hitter after playing in 13 games. Blackmon has put in three homeruns so far and has racked up 15 RBIs. He currently has a batting average of .423 with 52 at bats.

Trevor Story has also been taking charge with his bat after playing all thirteen games, he has a .265 batting average and has knocked five homeruns out of the park. Out of Story’s 49 at bats he has scored 12 runs, racked up 13 hits and has earned seven RBIs.

So far, during this season starting pitchers German Marquez and Antonio Senzatela have done the best for the Rockies. Marquez has a 2-1 record over the three games he has played, has only given up one homerun and has an ERA of 1.89. Senzatela has an ERA of 2.65, has a 3-0 record and has given up 15 hits in three games.

As said before, the Rockies closing pitchers have struggled here and there as the team has lost some games at the end. However, pitcher Jairo Diaz has come in clutch with his 1.35 ERA as he has racked up three saves so far.

The team started their play last week with a series against the San Francisco Giants at home where they took the series 3 to 1. The only game in the series the Rockies lost was by a 4-3 score last Wednesday.

The Rockies then continued their play by going to Seattle to challenge the Mariners for a three-game series. During the first match against the Seattle team, the Rockies easily pounced on the Mariners, who currently have a losing record, when they beat them by an 8-4 score.

The Rockies start this week off by playing a three game home series against the currently 5-9 Arizona Diamondbacks in Denver. Then on Friday, Colorado takes on the 4-8 Rangers at home for a three-game stint,

One prevailing trend in the coronavirus-era of baseball is that the home-field advantage has lost its edge. With no fans, the big advantages home field teams had in professional baseball has been somewhat muted.

As a result, the Rocks have done quite well in their away bouts.

The Avs had a good season going before their play was stopped mid-season due to the COVID-19 pandemic. But the Avs recently have come out with a vengeance since NHL started back up early this month.

The Avalanche’s first game back was on August 2 against the 42-19 Memphis Blues. The Avs who were the home team snuck past the Blues by a 2-1 score.

Then on last Wednesday, the Avalanche played an away match against the 37-24 Dallas Stars. The Avs dominated this match in its entirety and ended up shutting the Stars out by a 4 to zip score.

So far this season, Nathan Mackinnon has been leading the team on the ice. Mackinnon has played 69 games and he has 35 goals and 58 assists.

Andre Burakovsky has also played well this season during his 58 games played. Burakovsky has currently scored 20 goals out of 103 shots and he has racked up a total of 45 points.

Goalie Pavel Francouz has put up the best numbers in front of the net even though he has not played the most games. Out of Francouz’s 34 games played,  he has earned a 21-7 record and 2.41 goals against average.

Goalie Phillip Grubauer has played the most games this season with 36. Grubauer has a record of 18-12 and a goal against average of 2.63.

Luckily for Av fans, the team has looked good since their return on the ice. The next teams the Avalanche plays will be decided by the brackets.

Denver Nuggets Off to a Rocky Start

The Nugs restarted their 2020 season on August 1.  But unfortunately, their success has been hit or miss.

The team is 2-2 after the restart and they are currently in third place in the NBA’s Western Conference with an overall record of 45-24. The Nuggets are currently 6.5 games behind first place with the LA Lakers and LA Clippers beating them in the ranks.

On August 1, the Nuggets played against the Miami Heat where they lost the high scoring bout 125-105. Then on last Monday, Denver came back to redeem itself a bit when they beat the Oklahoma City Thunder 121-113 in overtime.

The Nuggets picked up their second win since the season restarted last Wednesday when they squeaked out a win against the San Antonio Spurs 132-126. But then, the team went back to losing last Thursday when they fell to the Portland Trailblazers 125-115.

During the 2020 season, Guard Will Barton has led the team by playing 58 games and averaging 15.1 points per game. Barton has a field goal percentage of 45% and he has sunk 332 three pointers so far this year.

Forward Keita Bates-Diop has also had an impressive season by racking up 261 points during the 41 games he has played. Bates-Diop has a 71% free throw percentage and he has picked up 93 defensive rebounds.

The Nuggets have three games left to play this week and their record after that will determine whether or not they will see post-season play. This Monday, Denver takes on the super tough LA Lakers during an away game, Wednesday the team plays the also mean LA Clippers during a home match, and then on Friday the Nugs end their regular season of play when they challenge the 49-19 (second place in the Eastern Conference) Toronto Raptors at an away match.