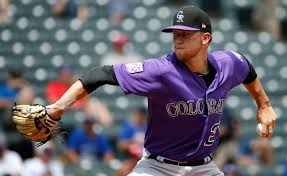 After the coronavirus pandemic ruined the spring and first part of the summer for sports fans, professional and school sports are starting to slowly make a return but with drastic changes.

Last week, the Colorado High School Sports and Athletics Association (CHSAA) approved beginning practices for girls’ softball with a shortened schedule, and golf, but it has yet to make a decision on girls’ volleyball, football, or boys’ soccer.

According to Woodland Park High Schoo Athletic Director Joe Roskam, a decision about the remaining sports should be made this week. “We are waiting on a decision by the governor (of Colorado),” said the athletic director, who also serves as the head skipper of the high school football team.

Even with unknown questions about the sports schedule, an annual golf tournament, held to support the WP High School football team at Shining Mountain, proceeded on schedule last Friday and displayed no lack of enthusiasm, with 100-plus players. This year’s tourney was especially important, as it was done as a dedication to the legacy of former coaches, Mark Sampson, Dan Makris and Richard Dispenza.

During the tournament awards’ ceremony, Roskam told a few stories about the late coaches, and got emotional at times. The top tournament winners were recorded by a team, led by Allen Brown.

Tryouts for the WP golf team are scheduled for this week. Prospects appear good for team, which has fielded a number of  players at the state championship in the last few years, to return to winning form again.

As far as professional sports go, Major League Baseball is starting its second week of play and the National Basketball Association started last Friday and the National Hockey League restarted last Saturday. All three of the sports organizations have opted to continue their league with no fans in the stadiums and strict social distancing guidelines. The leagues have though, offered all of their players the option to opt out of playing in the 2020 season.

Now, baseball fans everywhere can watch their favorite team play, but the experience is different than it ever has been before. To make the game play a little more normal for the players, the MLB has copied the Korean baseball league by putting cardboard cutouts of fans in the stands and piping in crowd noises and the usual stadium music and sounds on the PA system. The announcers also have a tougher job as they now are not present at the game to call the shots and they are forced to make all their calls from an off-location studio using the same video feeds as the review umpires use to verify calls on the field.

However, locally Rockies fans should be happy with the changes the 2020 season has brought. So far, the Rockies have literally come out swinging tough by winning their first two road game series against the Texas Rangers and the Oakland Athletics. The Rockies lost the first game of the season to the Rangers by a 1-0 score but they won four games in a row after that.

Unfortunately, their winning streak hit a wall on Friday night due to a bizarre collapse by the bullpen, with the Rockies falling to the San Diego Padres 8-7, and getting booted out of sole possession of first place.  Still, the beginning of the 2020 season has been better for the Rockies than what sports insiders predicted.

The team’s shortstop, Trevor Story so far leads the team offensively with six hits, two homeruns, 3 RBIs and a batting average of .300. Story also gave the team their first home run during their series against the Rangers.

Right fielder Charlie Blackmon and left fielder Sam Hilliard have also hit the ball out of the park this season with one home run apiece. Left fielder Garret Hampson has also been clutch this year, as he has been hitting at a .333 batting average in the two games he has played.

The Rockies pitching for 2020 has also been on point thus far. Pitcher German Marquez has pitched the most innings with 11, has a 1-1 record, and a 1.54 ERA. Pitcher Jon Gray has

also looked stellar this year in the nine innings he has pitched earning a 0.93 ERA. All of the Rockies pitchers have looked good by allowing less than ten runs during their first week of play.

One odd factor with the COVID-19 version of baseball is that the home field advantage, usually a big advantage for the Rockies at Coors Field, has been subdued. Visiting teams have done surprisingly well in the initial part of the 2020 season.

In other sports, the Denver Nuggets continue their season this week with playing the Oklahoma City Thunder on Monday, the San Antonio Spurs on Wednesday, the Portland Trailblazers on Thursday, and the Utah Jazz on Saturday.

The Colorado Avalanche hits the ice this week when they play against the Dallas Stars on Wednesday and the Las Vegas Golden Knights on Saturday.