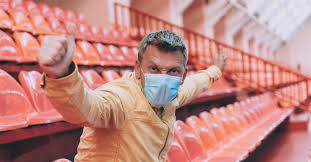 The COVID-19 pandemic is still raging in many parts of the country, and its impacts are being felt with the National Football League (NFL).

Specifically, to our loyal Bronco fans, the coronavirus situation is leaving fans wondering if a season with fans will happen this year. The fate of the NFL this season will have a big impact on local bar/eateries, and especially for the new surge in sports betting in Cripple Creek. NFL games are the marquee events for area sports fans, more notably in Bronco 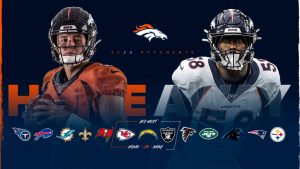 country.  It is estimated that 70 percent of sports betting wagers stem from NFL contests.

Already the NFL has reached an agreement with the National Football League Players Association (NFLPA) to cancel all preseason games. Earlier in the year, speculation was that the preseason would be downsized to two games, but now it is scrapped completely.

According to Adam Schefter of ESPN. This is a major step as both the owners and union try to hammer out each and every detail for what will be a very unique 2020 season as the league continues to deal with COVID-19 related issues. It has been the NFLPA’s stance from the start to play no preseason games and allow players more time in training camp to ramp up for the regular season, but the league had been reluctant to erase it entirely until now.

This comes just hours after the NFL and NFLPA came to an agreement on daily testing for the first two weeks of training camp, the final major health and safety-related topic that was still needed to be hammered out. That was also another key area of concern among players, who publicly said as much on social media over the weekend.

The New York Giants and the New York Jets have already relented to the pandemic and have stated there will be no fans in the stands at Met Life Stadium for either team in 2020-21. With that being said, the NFL has decreed that fans attending any other stadium will be required to wear masks and abide by strict social distancing standards.

That’s the new mandate issued by the league as it works to finalize COVID-19 protocols ahead of training camp, as players take to social media in a hyper-vigilant effort to bring attention to unresolved safety concerns. The requirement will be enforced league-wide and supersedes lack of a local lawful mandate. In other words, even if your local jurisdiction doesn’t require you to wear a mask, the NFL will enforce their right to turn you away at the door if you attempt to enter a stadium without one.

With the possibility that fans will not be allowed to attend Bronco games still looming, despite the Broncos issuing a mandatory mask requirement, Broncos management has offered refunds to ticket holders.

The team has offered full refunds to season ticket holders and people who have already purchased single-game tickets.

In an email to ticket holders, the organization said, “Based on local and league health policies, we unfortunately will be unable to host all season ticket members at Broncos games this year. Reduced seating capacity will be required at Empower Field at Mile High as well as the other NFL stadiums due to COVID-19.”

Season ticket holders who wish to attend games do not have to do anything. They will be given first priority when health guidelines have been established and it’s decided how many fans will be able to attend games.

“For any games you are unable to attend based on local guidelines, you will have the option of receiving a credit for next season or a refund when ticket availability is determined.” the team’s email said. 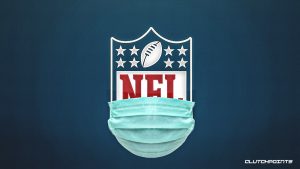 Rumors about seating have been running rampant on social media. One such rumor claims that the first 15-rows of seating closest to the field will be covered with a tarp that will feature sponsors advertising.

Another rumor, that has gained some legitimacy, is that seats will be occupied by cardboard cutouts of fans and fan noise will be piped in through the stadium’s public address system.  This technique was quite visible during the opening of Major League Baseball last week.

Yet another rumor regarding seating is that computer-generated imagery (CGI) of fans will be superimposed in the stands when viewed by TV viewers.

Whatever happens, this NFL season will be like nothing we’ve ever seen before.