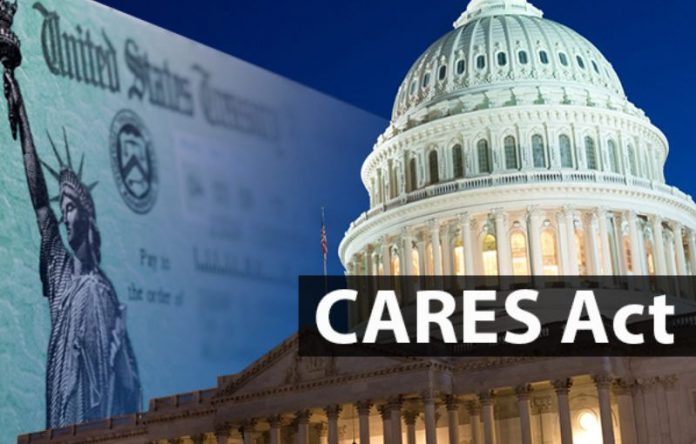 Last week’s Woodland Park  Council meeting covered many subjects, but the topic that commanded the most discussion dealt with how the city will distribute a nearly $675,000 funding jackpot it was awarded from the CARES (Coronavirus Aid, Relief, and Economic Security) Act.

The law was passed by Congress with overwhelming, bipartisan support and signed into law by President Trump on March 27. The monies go to cities and counties impacted by the coronavirus pandemic, but the distribution process establishes strict regulations. This has raised concerns among key community and financial leaders.

Woodland Park opted out of a cooperative agreement reached by Cripple Creek, Victor, and Teller County on handling the disbursement of these funds.

Mayor Val Carr explained recently why the city opted out of the cooperative agreement, “Woodland Park wanted direct in-house control of its citizens’ and many business COVID-19

related interests by neutral people in the city itself who have no historical controversy or prejudices. Woodland Park proposed an even larger share of initial funds to Victor and Cripple Creek, among other neutral ideas, but were rejected by others.”

Carr began the CARE discussion last week with a suggestion on who the money would be available to. He suggested $300,000 should go to small businesses, $100,000 for non-profits, and $100,000 for residents who qualify for relief funds. Carr said, “On September 30, we’ll look at how those are working, if they’re not working, we’ll allocate those moneys around. By then we’ll have a clearer view of the coronavirus impacts on this.”

The city is currently working on the development of an application for these funds. Carr also mentioned the restrictions DOLA (Department of Local affairs) placed on what the money can and cannot be used for. The list is extensive. In addition, the city faces deadlines on distributing the monies, or else it could lose the funds.

During last week’s meeting, Carr invited two prominent area bankers to shed some light on how this difficult process might be handled.

Kathryn Perry, who has been involved with several key nonprofit organizations and with Park State Bank & Trust, addressed the council on this issue. Perry worked as a manager with Park State Bank & Trust on issuing PPP (Paycheck Protection Program) loans to businesses. The Paycheck Protection Program authorized up to $349 billion in forgivable loans to small businesses to pay their employees during the COVID-19 crisis.

She said, “They began the PPP under duress just trying to get emergency funding out there to the businesses. The flaws in their logic only became evident after they began distributing funds.”

Perry outlined the dangers the council will face, even with the best of intentions. She suggested council confer with experts who have dealt with this kind of issue before, prior to shelling out any of the money.

Perry also spoke about the confusion the SBA (Small Business Administration) program suffered under when it was first presented. She said, “They had no guidebook to follow, no precedents to follow.”

Perry said, with the SBA loans, all a business had to do was certify that they were affected by the COVID impacts. She compared a business that had minimal impact to a restaurant that was closed for months due to the government shutdown. In other words, just because a business was “certified,” didn’t mean they necessarily needed the money. However, the PPP gave an equal measure of funding to everyone who applied.

Council agreed that expert guidance should be relied upon before any money is disbursed.

The council meeting began with four presentations before getting to the meat of the agenda. The first presentation was honoring retiring police officer Glen Jardon (see related story).

Council also honored former Councilman Paul Saunier for his long service to the community. The elected leaders also awarded certificates to the nine graduates of the Citizens Academy, and heard a report by Finance Director Emily Katsimpalis on the second quarter financials. Katsimpalis stated that due to the coronavirus impacts the next quarter will a challenge.

During the public comment portion of the meeting, April Babin, general manager of Shining Mountain Golf Course and Event Center, asked council to allow the facility to let traveling golfers in RVs to camp overnight in their parking lot.

The council responded that Babin must follow codes set by the planning commission that deal with overnight camping. However, they noted that she has the option to apply for a change to the PUD (planned unit development) that governs the regulations regarding the golf course. That process will take at least 30 days to complete.