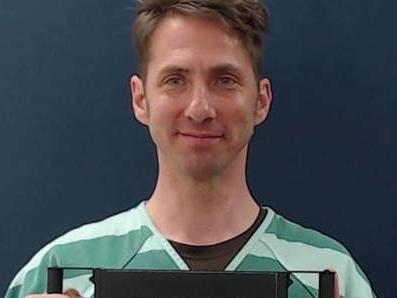 The owner of Mountain Key Pharmacy, located in Florissant, was recently arrested by Teller County Sheriff deputies on felony charges of sexual assault.

The incident has jolted many residents in the community,  as cases like this aren’t common.

Brent Stein, 46,  was taken to the Teller County Jail and was released shortly after posting his $10,000 bond.

The complaint was filed when a woman from Indiana reported to a local hospital that Stein had lured her to his home to help her cure a health problem that Stein said he had experience with because his late wife had suffered from the same ailment. And in the process, the victim accused Stein of trying to seduce her with the use of questionable pharmaceutical drugs.

The woman, who said she met Stein on an online dating website, left her home state to stay with Stein for six days so he could help her. The woman feared she would soon die from her illness, unless a cure was found.

According to the arrest affidavit, Stein then repeatedly sexually assaulted the victim over a period of about a week. The victim told the deputies that on the first day she arrived at the suspect’s house, Stein pressured her into sleeping in his bed. The two then engaged in consensual kissing before the victim told Stein that she did not want to have a sexual relationship with him.

Over the course of the next few days, Stein then allegedly would give the victim nasal injections of a clear liquid and a number of pills without saying what they were. The victim then told detectives that Stein had nonconsensual sex with her about seven times, while she was incapacitated by the unknown narcotics.

The assaults lasted about six days before the victim escaped Stein’s home and went to the hospital.

According to the victim, Stein was supposed to give her a ride to the airport on June 16 so she could go home but Stein refused. The next day the victim called an acquaintance of Stein who came and picked her up from Stein’s house and told her that he has had to help two other women in similar situations, but did not go into detail with the other incidents.

The victim then went to a local hospital because she was concerned about what medications Stein was giving her due to the side effects she endured. She also stated in the affidavit that she was worried since Stein kept bragging that he had impregnated her. The victim told the deputies that Stein had repeatedly said things to her like, “He was ordained by God to put his baby in her,” and, “It was her destiny to carry his son.”

When the deputies questioned the victim, she produced photos of a basket of prescription pills that were inside Stein’s home that were prescribed to the victim from Stein’s pharmacy. The deputies were able to identify the pills as Metoprolol, used for hypertension, Carvedilol, a beta blocker, and Montelukast, a Leukotriene prohibitor. According to the affidavit, the detectives found out through research that Metoprolol can cause blurred vision, dizziness, unusual tiredness or weakness, difficulty moving, and the inability to move the arms, legs or facial muscles.

The day the victim left Stein’s home, she also claimed that he stole her phone and sent pictures she had of herself to him. When the victim confronted Stein about the incident, he said he wanted the pictures to “pleasure himself.”

The victim also told the deputies that she had told Stein’s sister who lives in California what Stein had done and she showed deputies a screen shot of a text conversation Stein had with his sister. The text thread shows Stein’s sister writing, “WRONG! What did you do wrong? Nothing?”

Stein then replied, “But I have repented and God has forgiven me now I must change my behavior. I’m fully responsible, no sex before marriage.” Stein’s sister then replied, “How about no forced sex? EVER!”

At the time of his arrest, Stein was currently on probation, and he had a restraining order against him by his previous victim. Court records show that Stein was convicted in Douglas County in January 2019 on charges of harassment and domestic violence.