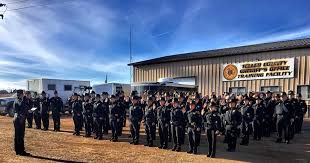 But this action is already getting a cold response from local law enforcement authorities.

forums speaking against the legislation.

However, since the governor has signed it into law, all local law enforcement agencies will have to employ several new practices when conducting their duties. The new law states that by July 1, 2023 all law enforcement officers in the state have to be equipped with body cameras at all times.

Officers must keep the cameras on and recording while they work, and they can only turn them off when they are recording personal information that is not case-related. The agencies then must make all recordings of any incident that occurred available to the public within 21 days of the reported incident.

The new law also states that all law enforcement agencies must keep track of several specified events that occur, and provide the data to the state in an annual report. According to the bill, all law enforcement agencies must keep track of and report about all cases of use of force by a police officer, and describe all incidents in which an officer resigned while under investigation for violating a department policy. The departments must also record all data relating to contacts initiated by their officers, and all data related to the use of an unannounced entry to be included in the annual report to the state’s Division of Criminal Justice in the Department of Public Safety.

The legislation also addresses how police can work towards controlling protests and demonstrations.

Under the new law, law enforcement agents can no longer fire projectiles like rubber bullets “indiscriminately” into a crowd, or in a way that targets people’s heads, backs, or abdomens. Police officers now also must issue a command to disperse and give a crowd time to do so before spraying pepper spray or using tear gas.

The law also allows citizens that have been injured by police the right to sue them in civil court. Officers that are found guilty of using excessive force can be personally liable for five percent of the settlement up to $25,000.

The last part of the bill talks about establishing a board that keeps track of certain information about peace officers. The bill requires the board create and maintain a database containing information relating to an officer’s untruthfulness, repeated failure to follow the board’s training requirements and decertification and termination for cause.

According to Teller County Sheriff Commander Greg Couch, locally the new law could put a financial strain on the sheriff’s department. Couch said that none of their officers

currently have body cameras and that the department will have to purchase cameras for all of their deputies.

The commander also said that the agency does not currently have the staff to do all of the newly required reporting. He said that the sheriff’s office will have to hire a full-time employee just to conduct all of the data recording and reporting now required by state law.

However, some residents view the new law as being a good development and that locally law enforcement officers need to be held accountable for their actions more often. In a letter submitted to TMJ News, a resident claimed to have seen an incident where local sheriff deputies used excessive force during a trespassing incident.

According to the letter, the resident compared the actions of the Teller deputies to the tactics of the Minneapolis police when they witnessed a man getting thrown to the ground and have his faced shoved into a gravel driveway by deputies responding to a trespass call.

Most civic leaders, though, support the track record of the current agency. Opinions on the new law are extremely mixed throughout the region.

The details of the impacts of the new police reform bill will be evaluated in the coming months. The county commissioners have frequently complained about state leaders trying to create a “Nanny State” with mandated laws that have significant local costs.