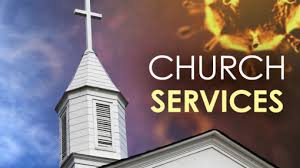 Recently, most aspects of a detailed variance request Teller County submitted to the Colorado Department of Public Health and Environment were accepted, including plans for opening up places of worship, such as churches.

That’s a biggie for an area known for sporting an abundance of churches for a variety of denominations. But unfortunately, these services are often attended by senior citizens, considered part of the at-risk crowd. This has led to virtual services, but many residents miss the personal connection associated with regular, traditional services.

The variance approval letter, in fact, outlined a number of stringent guidelines churches must follow in order to hold in-person services.

The state health department requires that churches post signs, asking people not to enter if they have symptoms, and they are supposed to ask each worshipper entering if 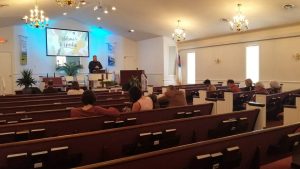 they have the COVID-19 symptoms and exclude them from entering if they do. Markings must be placed in all areas to keep everyone at least six feet apart, and communions or offerings must be in the touch-less form as much as possible.

The state’s variance approval letter said that all of the churches’ staff and volunteers must wear masks and they must regularly work towards cleaning and disinfecting bathrooms and all high touch surfaces. The state health department also recommends that the church make special accommodations for high risk patrons, such as continuing to offer online services.

Since the variance was approved on May 24, several churches in the Ute Pass Region have begun slowly opening up. One of the first big churches in the area to open its doors was Impact Christian Church, located on the north side of Woodland Park, when it held its first in-person church service since the pandemic hit.

According to Impact’s Executive Pastor Kent Gordon, the church held its first in-person service since March on May 31 with new rules and policies in place. “We are just following the guidelines given by the state health department, Governor Polis and taking certain precautions that we feel as a staff and our eldership are necessary based on our building and so on,” Gordon said. “So, what we’re doing is that instead of having one big lobby area we have sectioned that off and we have one-way traffic going in and one-way traffic going out. We are utilizing every other row in our sanctuary and then we have two chairs between each family group or individuals that are not with a family. So that kind of keeps a six- foot distance in both the rooms. And then we are having two services to accommodate everybody. The first service we start with rows one, three, five, seven and so on. The second service we start with rows 2, 4 and 6, so people are not even sitting in the same rows from one service to the next.”

Gordon also said that they leave all of the doors in the church open to prevent people from having to touch door handles. He said that all of the staff and volunteers of the church wear masks and that they recommend that people attending the service do as well.

The church’s coffee shop is closed and they are not passing around an offering basket, and the communions they host are single serve. The church has also stopped doing handshakes and hugging to encourage social distancing.

According to Gordon, during the church’s first in-person service that was held post-pandemic two weeks ago, the church had about half of the patrons it would normally have during a Sunday service. Gordon also said that the church is streaming their services online for those who are not comfortable with physically going to church.

Gordon also said that Impact has been blessed by being able to stay financially strong during the pandemic. However, he did say that some churches in the area have been struggling. But at the same time, he said many houses of worship have strived financially during the outbreak, and some have even seen more worshippers.

The large community church in Woodland Park also followed suit and decided to open up for their first in-person church service last Sunday. Last week the church’s lead pastor, Kirk Greenstreet, posted a letter on their website announcing their reopening and what precautions they would be taking.

The community church is taking several of the precautions that Impact has implemented, and they are asking for more volunteers to help them. The church has moved their late Sunday morning church service to 11 a.m. so that they have more time to clean after the 9 a.m. service.

The church is also limiting their service in the main area to 175 people. Their gym will be opening and the service will be broadcasted on a big screen. In addition, the second room will serve as an overflow area where people can watch the service with others. The church also will still be live-streaming their service each Sunday for high risk people and those experiencing symptoms.

Church In The Wildwood

The Church in the Wildwood, located in the heart of Green Mountain Falls, has not yet decided to offer in-person services. As of last Sunday, the church was still only offering live stream church services.

According to church staff, the organization has established a task force to figure out how the in-person services could be held once again. The task force met several times last week and they hope to devise a plan this week so that they can offer in-person services once again, while following all of the state and local guidelines. Like many churches in the area, their services are often attended by those who are considered part of the at-risk population.

Our Lady of the Woods Catholic Church

On May 13, Bishop Michael Sheridan of the Diocese of Colorado Springs announced in a press release that parishes within the diocese will resume holding public masses starting May 16-17. The press release did say though that attendance at the masses would be restricted by a reservation system and that strict social distancing policies would be in place.

“We have communicated with priests, secular advisors, and health officials to determine how best to reopen our churches in a way that is safe for the faithful and the broader community,” Bishop Sheridan said. “While we are happy to be able to welcome the faithful back to church, Catholics are still dispensed from the obligation to attend Sunday Mass because we are not yet at the point where we are permitted to fill our churches. Anyone who is sick or has an underlying condition that would make them susceptible to the coronavirus should not attend public mass and is encouraged to participate via internet or television.”