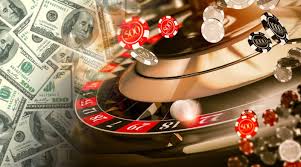 Local nonprofits and government entities that rely heavily on state gaming impact monies may just be plain out of luck, starting in 2021.

And for that matter, the Teller Sheriff’s Department may want to start counting pennies 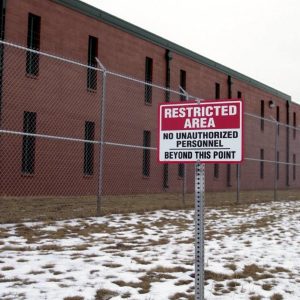 to pay the future expenses of operating their jail in Divide, or paying the expenses of certain deputies that monitor gaming-related traffic and drunk driving offenses.

With coronavirus epidemic leading the state of Colorado into a $3 billion-plus shortfall, gaming impact monies are becoming a growing target. Already, the state has slashed millions from education, as part of a way to overcome this growing deficit.

At last week’s regular meeting, Bob Campbell, the vice-chairman of the Teller County Commission, unveiled the bad but not unexpected news. The annual gaming impact fund, which Teller has relied on for years, is expected to get reduced by more than 60 percent, starting in 2021. The total fund, which has exceeded the $5.2 million mark, is expected to be cut in a dramatic fashion.

But starting in 2021, the state’s prime budget committee, has recommended a reduction to the $1.9 million mark. And if the price-slashing continues, the fiscal guillotine may slash even more monies from this fund.

These cuts will have drastic impacts on many nonprofits, such as the Aspen Mine Center, and especially the sheriff’s department and future transportation projects.

Teller County has traditionally fared quite well in the allotment of these monies. Qualifying entities have to demonstrate that the gaming activity places impacts on their 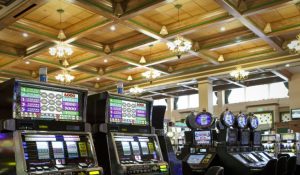 operations and required needs. For years, Teller has actually received the lion’s share of these monies on an annual basis.  These funds have helped foot the bill for the operations of the jail and for paying for defined costs for added deputies needed to arrest more people, resulting from the gaming activity in Cripple Creek.

In addition, the regular gaming tax monies that local governments receive, based on a set percentage amount of the casino gross proceeds generated in each gaming community, will definitely decline this year because of no gambling action since March 17. This will result in less revenue for the city of Cripple Creek, Teller County and for the  local historic preservation fund.

State officials still have not stated when casinos can reopen. Late last week, Teller County did file another variance request with the Colorado Department of Public Health and Environment, demanding the reopening of casinos (see related story). This 20-page request dealt with just casino activity and offered a highly restrictive plan of operations for the gaming establishments.

Gaming impact monies are a familiar target, when financial crunch time arrives for the state. The county often found itself in a battle with a previous governor over the need to retain these monies. At one point, the cities of Woodland Park and Victor received a portion of these funds, but that set amount was eliminated.

On the upside, set road projects planned for this year won’t be affected. Commissioner Norm Steen stated that a U.S. Hwy. 24 paving project, scheduled between Woodland Park and the lower Ute Pass, will still occur. But he cautioned that funds will be cut for future projects. “I am very pleased how people are working together,” said Steen.

Not Happy With ‘Nanny State’ Mentality

But regardless, the commissioners last week made it clear they aren’t exactly thrilled with the additional imposed restrictions the state added onto their original variance

request. The county had earlier requested that everything in Teller, including churches, gyms, restaurants/bars, casinos, theaters, and businesses get reopened, and proposed a detailed mitigation plan for various types of businesses that would comply with the state’s social distancing goals.

Campbell referred to the state’s added restrictions as equivalent to a “Nanny State.” He believes that the county’s mitigation plan was more than adequate to address the coronavirus threat. The commissioners expressed much disappointment in the state’s initial decision not to reopen casinos and hope a solution can be reached. They indicated some frustration from the mixed signals they are receiving from the governor’s office and state officials pertaining to the gaming scenario.

During public comment, resident Leslie Vail went further and maintained the state’s mandatory closing actions are illegal and clash with the constitutional rights of citizens. “We have been robbed of them,” said Vail.

She complimented the commissioners of their efforts to reopen Teller. “In your heart, you have been sincere.” But at the same time, she is afraid that the county was intimidated by the state’s iron hand.