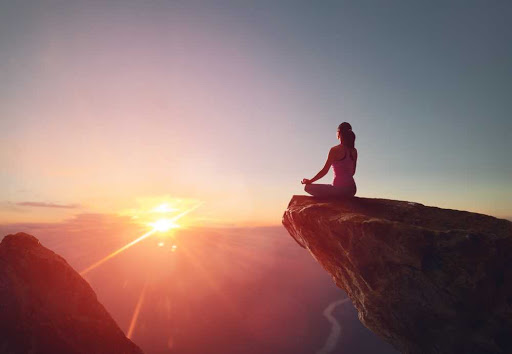 Although Woodland Park has never quite gained a niche as a hotspot for Eastern meditation practices, yoga has become a growing pastime and recreation for many Teller residents.

Maybe this is part of the personal training this practice entails, which bodes well with the Teller lifestyle and desire for more spiritual advancement.

According to the Oxford dictionary, yoga is “a Hindu spiritual and ascetic discipline, a part of which, including breath control, simple meditation, and the adoption of 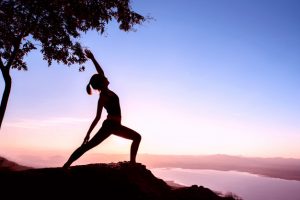 specific bodily postures, is widely practiced for health and relaxation.”

Before the pandemic invaded the nation and serious restrictions arose, residents would go to yoga studios to get personal instruction by their favorite teacher. But according to yoga instructor and owner of Aranyani Yoga Studio in Woodland Park, Janell Duncan, the in-person yoga practicing has been suspended for quite some time.

“March 15 was the last public class we had, and it was right after that class when all of the yoga studios got an e-mail from the yoga alliance saying that we should suspend all in-person classes due to the coronavirus,” Duncan said. “And it was a lot to take in and a lot of other yoga studios closed at that time and I did too within the next two hours of getting the e-mail. And then it was maybe two days later that the state order came through putting yoga studios under the classification as gyms.”

Duncan said all yoga instructors then had to transition to teaching classes online. Like many studios across the country, Duncan had to change with the times and start teaching her classes using Zoom meeting software. 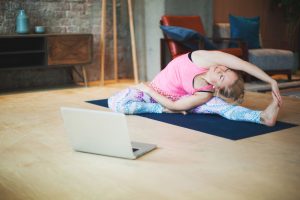 Once the state’s stay-at-home restrictions changed to those of a safer-at-home order, yoga studios were allowed to reopen but only at a very limited capacity. According to Duncan, yoga studios and gyms can now only be open for small sessions that cannot have more than four people at a time, if they use strict sanitization policies.

Duncan said that the new restrictions made it tough to teach yoga the traditional way, so the studio decided to transition to teaching class at public parks outdoors. “So, we are allowed to have up to nine people outside and we decided to go ‘back roots’ and have outdoor classes in addition to our online sessions,” the yoga instructor said. “And for the month of May we have set up our online classes as sort 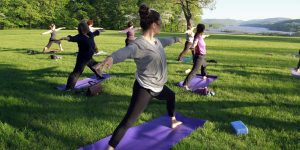 of a fundraiser so that our teachers can participate and still teach. We have had to limit our staff and take most of our teachers off the schedule this whole time. So, it has been nice to be able to bring them back into the fold and include them in some way.”

During certain days of the week, groups of up to 10 people can be seen at Woodland Park’s Memorial Park socially distancing and practicing yoga. Duncan said that some of their outdoor sessions have sold out, and she has heard from her customers that they enjoy the outdoor classes and that many of them would not feel comfortable practicing yoga in a studio the traditional way right now.

Duncan did say that the transition to online and outdoor classes has been tough because she can no longer offer personal interaction to help her customers with certain positions. She also said that teaching online makes it hard for her to see if her students are in the correct yoga positions, but that her yoga studio’s instructors have been doing the best they can to instill their knowledge onto others with the current restrictions in place.