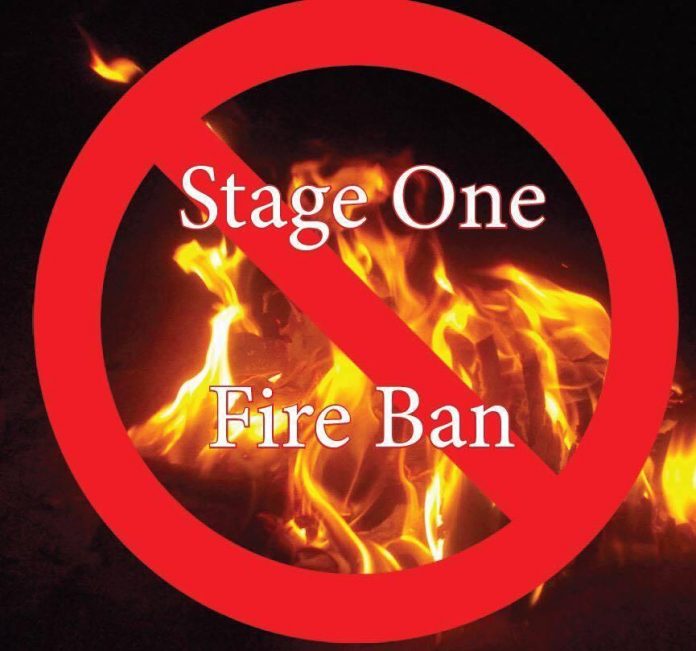 The coronavirus epidemic is not the only potential disaster to strike the area.

And with an area facing limited resources due to the COVID-19 epidemic, elected officials have  made it clear this isn’t the time to take any chances. Unfortunately, this disaster-prone scenario means area residents must confront even more restrictions, besides the stringent coronavirus safer-at-home measures.

Last week, with little hesitation, the Teller commissioners ratified a Stage One fire ban throughout the county. This put the official stamp of approval on previous actions taken at the end of April when officials enacted a burn ban in the unincorporated areas of the county at a special meeting. That was done after consultation with Sheriff Jason Mikesell and Don Angell, the director of the county’s office of emergency management.

This is the first step in what some local officials are predicting could become a challenging season for wildfires and overall disasters.

The commissioners expressed concerns about the lack of  moisture the region has received, adding another obstacle to an area facing emergency overdrive.  Commission Vice-chairman Bob Campbell noted that even on certain days in which the area was supposed to receive a needed trouncing of rain by Mother Nature, resulted in hardly a drop.

Commission Chairman Marc Dettenrieder regretted that fact they would have to impose more restrictions on residents, who already are bombarded with stringent rules from the state’s safer-at-home regulations, stemming from the COVID-19 epidemic.

“It grieves me,” said Dettenrieder in describing the trend of continual restrictions. But with an active fire season approaching, he contended the county didn’t have any choice. “It is necessary,” added the commission chairman, in describing the need for a Stage One ban.  Dettenrieder said officials want to do what they can to assure a fire season “without any incidents.”

The resolution, endorsed by the commissioners, notes that the COVID-19 epidemic has strained current resources, demonstrating the need for the latest round of restrictions.

The Stage One ban is the first stage of burning restrictions. It still allows residents to have outdoor barbecues, partake in outdoor welding or cutting and to light up a cigarette outside, as long as proper safety mechanisms are followed.

But it prohibits open campfires and burning activity, the use of fireworks and the firing of model rockets.

The Stage One ban generally doesn’t impose much of an impact on residents. The newest slew of fire restrictions marks the first time the county has been forced to take such action in about two years.

The summer of 2019 marked a rather moist season, with no need for restrictions.

But that wasn’t the case in 2018, as the area got hit with a serious blaze in the Four Mile area and was on red alert for much of the summer. This led to the cancellation of fireworks shows on July 4th and for much of the season, officials found themselves bracing for continual disasters.

And if history repeats itself, a Stage One ban can quickly turn into Stage Two and Three restrictions.

Luckily, the region did receive a slight reprieve later in the week with cooler weather. But still, the last two months has been quite dry for the entire Pikes Peak region and much of the state.

Last week’s regular meeting marked the first time the commissioners held a regular in-person session in weeks. This change was welcomed by the elected officials and residents.

Of course, the commissioners were still forced to abide by their 10-person limit of a public gathering, including staff, elected officials and members of the public. As a result, this resulted in musical chairs, with one person having to step outside in the hallway to view the session on a big screen. At the May 14 session, the commissioner’s meeting room exceeded this limit by one person.

During the last month and a half, the commissioners, similar to other governing bodies, has conducted all-virtual meetings, with the use of the Zoom conferencing software.  But this sometimes had a limited effect on public input and even for comments by staff members.

But the commissioners admitted they were glad to get back to a more traditional format. “I am having Zoom fatigue,” said  Campbell.  He didn’t get any arguments from his peers.

However, county commissioner candidate Erik Stone, who is running in the District 3 race, suggested that the board make a slight adjustment in their normal proceedings and consider livestreaming their meetings. He cited the importance of communicating with the citizens. “They are hungry for information. They are hungry for leadership,” he stated.