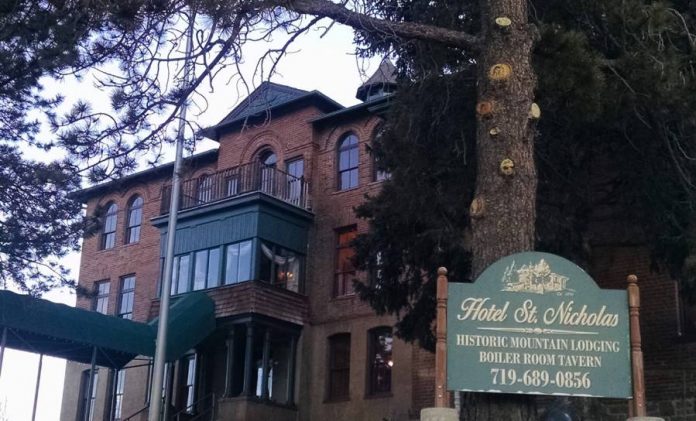 Ever since the coronavirus pandemic swept through the nation and region, and Colorado Governor Jared Polis shut down the casinos, the cities of Cripple Creek and Victor have once again turned into neighboring ghost towns,  similar to their sometimes haunted state in the 1980s prior to limited stakes gaming.

When driving into the historic mining district, all visitors can see is an empty gambling town with its entire main strip closed due to road construction, and another historic town where nobody seems to be around at all.

Even though Polis’ recent order allowed retail stores to open, due to the inaccessibility of Bennett Ave. most non-gaming related establishments have remained closed. Some could say that at this moment, there are more ghosts traversing the streets of Cripple Creek and Victor than there are living and breathing human beings. In fact, roaming canines around the main street and inside certain buildings appear to outnumber the locals and occasional visitors. 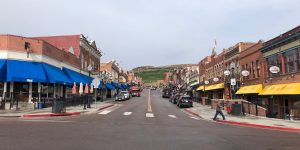 However, both of the gas stations and liquor stores and the one grocery outlet in the area are still thriving, but their clientele seems very limited compared to what it was before the forced casino shutdown. Other businesses have remained open, but they have not experienced the traffic they should see this time of year.

A few casinos are open for takeout meals, but their hotels remained closed with the exception of Wildwood’s Gold King Inn which is physically separated from the casino. Ralf’s Breakroom has been open for takeout meals and drinks, but they have been struggling due to the road being closed in front of their establishment.

However, the St. Nicholas Hotel, Olympia Hotel, Victor Hotel, and the Fortune Club are all open for overnight visitors.

One big positive development along the lodging front has involved a change of ownership and improvements at one of the cozier lodging establishments in the district, the St.

Nicholas Hotel in Cripple Creek. This was once a favorite ghost tour haunt for The Mountain Jackpot (TMJ) staff around Halloween.

At the end of last year, the historic St. Nicholas Hotel (which used to be a hospital in the early 1900s), got purchased by new owners. The new owner/operator, Joanne Huspek, has aspirations of making the place better than it has been for years. “We have been open and we are still open,” Huspek said.

The new owners have already put a new roof onto the building and they have plans to make more drastic changes to the well-known hotel and historic building. In one room, they are planning to turn into an art gallery.

As far as the interior goes, Huspek has maintained the same Victorian-style décor that has existed for years. In fact, the same classic historic character remains intact.

The new owners have put upgrades into the exterior of the building. But  the interior of the rooms, and the famous Boiler Room Bar, remain as historically exquisite as they have been  for decades. The Boiler Room is often regarded as a sacred place for Cripple Creek/Victor rumors, and national tales for that matter. (Don’t ever deny the truth of a rumor told at the Boiler Room).

Huspek and her husband, though, do have good plans for the future of their newly acquired business.