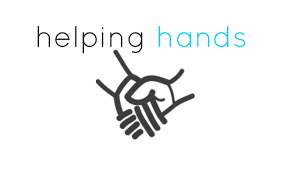 Amidst the Covid-19 pandemic, Woodland Park’s Downtown Development Authority (DDA) has made some moves to help businesses within the city.

Last month, the DDA passed a resolution to recommend that Woodland Park reinstate its sales tax vendors’ fee and to eliminate the city’s fee for business licenses.

Even though the DDA has no authority on these matters, the resolution was written to urge city officials to make the changes. According to DDA member Tanner Coy, the resolution was passed because the group believes that it is their mission to provide support for local businesses and help create a thriving downtown area.

The resolution was written during the pandemic as a proposal to motivate the city council to enact the changes while many local businesses are struggling financially. In order for either change proposed to be made, the city council must pass an ordinance to both reinstate the vendors’ fee and eliminate the fee for business licenses.

When operating a business the company (the “vendor”) is required by law to charge the appropriate state and local sales taxes. It is then up to each business to account for those taxes, report to, and pay each taxing entity based on what was charged to their customers.

“What most people don’t know is that businesses actually incur a significant cost when collecting and paying sales tax,” Coy explained. “Much of that cost is through credit 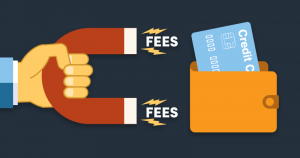 card fees.  Most transactions are paid for by customers using credit or charge cards.  Credit card processors are companies that manage those electronic payment transactions, charging the customer’s card (when making a purchase at a business) and depositing funds into the business bank account.  Those processing companies keep a portion of the money, roughly 3 percent, and this is applied to the sales tax as well as to the rest of the transaction.  For every $1,000.00 in sales tax a customer pays, the business only collects about $970.00.”

Coy also said that businesses incur other costs associated with collecting and processing sales tax monies. According to Coy, most taxing entities have a sales tax vendor’s fee that reimburses businesses for a portion of the costs they incurred to collect and pay the taxes.

Since 1935 the state of Colorado has recognized the costs incurred by businesses to collect sales tax and they apply a credit to compensate businesses for a portion of the costs they incur. This credit is called the sales tax vendors’ fee and this year the state raised the credit from 3.3 percent to 4 percent.

However, currently the city of Woodland Park has no vendors’ fee so they do not offer any compensation to businesses for collecting the sales taxes and paying credit card transaction fees to do so. The city used to have a vendors’ fee in place but in 1994 the council voted to remove the fee in order to put more money back into improving the downtown infrastructure.

According to Coy, the money does not get used for what it was intended. “The requirement to use those funds downtown was forgotten over time and the funds have simply been added to the city’s general fund and used for anything required by the city budget,” Coy said. “The city’s decision to eliminate the vendors’ fee means that all businesses inside the city must pay from their own individual funds to make up the difference between the amount of tax customers pay and what is actually received.  It’s an unhealthy practice that penalizes businesses for something the law requires them to do.”

Coy also said that reinstating the vendors’ fee will stimulate the local economy and attract more businesses to the area. “The Woodland Park DDA recognizes the need to 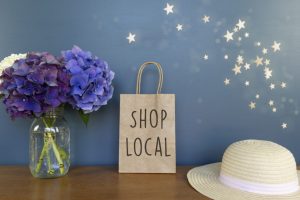 foster a healthier business environment and is recommending this policy change to the city council of the city of Woodland Park in hopes it will result in reinstatement of the vendor fee, improving the city’s demeanor toward local business, and fairly compensating business for at least a small portion of the funds they lose through the sales tax process,” said the DDA treasurer.

Currently every business that operates within the city limits of Woodland Park must pay $50 every year for a business license fee. According to Coy, the license requirement is another cost that businesses in town must come up with every year and eliminating it would further help local businesses prosper.

“Normally, the government cannot take money from taxpayers without prior taxpayer approval by means of a vote,” Coy argued. “We, the people, must vote on every tax that goes into effect.  The business license ‘fee’ is a means to circumvent taxpayers by imposing a ‘fee’ instead of a tax, which does not require the consent of the taxpayers.  It’s another unhealthy practice for the sole purpose of increasing the City’s budget by charging a fee to every business every year.”