Local Casinos to Remain Shut Throughout May; Status of Local Eateries Unclear

The financial bombing from COVID-19 is creating much carnage in the  Cripple Creek community and southern Teller, with the city now bracing itself for $2.2 million in cuts and a possible reduction in services.

The bombardment is not over yet, and the devastation is growing on a daily basis.

Early last week, the gaming community learned that Governor Jared Polis has refused to allow casinos to open for at least another month. And when they do, local gaming establishments will have to operate with considerably fewer betting devices to meet social distancing requirements.  This forced shutdown has already prompted a collective loss of $13.5 million each week for the Colorado gaming industry.

On a statewide basis, it is estimated that casinos have lost out on about $81 million since they were shut down on March 17 due to COVID-19, according to David Farahi, president of the Colorado Gaming Association, who also serves as the chief executive officer for the Monarch Casino and Resort in Black Hawk.

“I haven’t even been able to stick my head up to look at the end of the tunnel right now. We’ve got our heads down just trying to batten down the hatches as much as possible, so I don’t know if I’m in a tunnel yet,” said Farahi, according to an interview with Fox 31. “Every casino in America is closed right now and it’s a very trying time,” he added.

This week, the  Cripple Creek City Council is set to waive gaming device fees for the casinos in May, similar to what they did in April.  With this action, the city will have cut fees for gaming establishments for more than $600,000. In  Black Hawk, the perennial champ of the limited stakes gaming market, they have been cut by more than $1.4 million.

The gaming news only gets worse. According to the latest monthly report compiled by Interim Cripple Creek City Administrator Paul Harris, who also serves as the finance director, the city got walloped by a $77.6 million plunge or 48 percent decline from March 2020 compared to the same month a year ago, when it comes to overall betting action. And in the last month, the town’s coin-in dollars were down $64.4. million, compared to February.

As for adjusted gross revenue, the city’s casinos got hit with a nearly 50 percent blow. On a statewide basis, the entire state-wide gaming industry suffered a $32.5 million loss in revenue compared to the previous month.

According to Harris, drops like this exceeded even the plunges recorded 12 years ago during the Great Recession of 2008, when the town got hit with the smoking ban and the economic national banking and real estate fallout.

Of course, the March gaming numbers took a bad turn, when all casinos were forced to shut down on March 17 due to the coronavirus crisis.  Since the closure extended throughout April, these numbers are expected to show much more red ink in the next month.

Harris said the city has already initiated $2.2 million in combined budget cuts. So far, the budget axe hasn’t impacted any personnel, but that could change with an extended casino closure period. He said the cuts mainly impacted capital projects, special events, marketing and departmental expenses.

The city last week officials announced plans to cancel several key events,  such as the Top of the World Rodeo and the  Once Upon A Time In The West Art Show at the Heritage Center.

One of the town’s top events, Donkey Derby Days, has been rescheduled to Sept. 5-7. 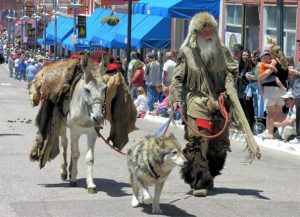 The Butte Theater, meanwhile, is expected to reopen for its summer schedule of shows, a few weeks later than normal, with the debut of  Under the Colorado Moon on July 17, followed by Gentleman Prefer Blondes on July 25.

Despite the massive fallout, Harris said the city is lucky that it had plenty of money in reserve prior to the financial bombing. “We are fortunate,” said Harris. “We entered this year with some pretty decent reserves.”

The big question: When will local casinos reopen?

The answer to this inquiry changes daily, with some speculating that aspects of certain casino operations, such as restaurants and sit-down dining, could start within the next few weeks.

Plus, elected leaders from the Teller County government have indicated that the government may seek a variance from certain rules mandated by the state’s safer-at-home order. But during a webinar, hosted by the Woodland Park Chamber of Commerce, Commission Chairman Marc Dettenrieder didn’t release any details.

Harris stated that active negotiations are ongoing between the casinos, Division of Gaming and the governor’s office. The casino industry in Colorado generates 10,000-plus jobs.

Sports betting, via casino apps, can start in May, for those gaming establishments that 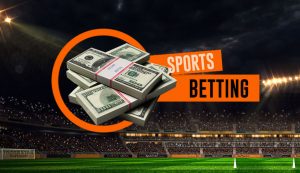 obtain the necessary licenses.  But with most professional sports on hold right now, these wagers would have to focus on future games, such as next year’s Super Bowl or the Masters Golf tournament, rescheduled for September.