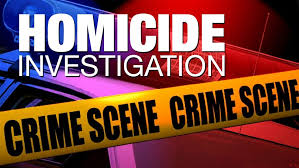 Last Thursday night, Teller County Sheriff’s Deputies responded to a call that shots were fired in a remote area of the Pike National Forest north of Divide. At about 10:30 p.m. deputies arrived at the scene on Forest Service Road 357 and found two people dead from gunshot wounds.

According to other reports the male was found about a mile away from the female victim. Law enforcement officials believe that the male suffered from a self-inflicted gunshot wound.

Speculation on social media claimed that children were present during the incident and witnessed the shootings, but the police could not confirm that. “There were two people that are deceased and I cannot confirm that it was done in front of kids, we don’t know that yet,” Couch said. “We don’t believe that there is any danger to the public at this point.”

The incident is still under investigation and the sheriff’s office has been working closely with the Colorado Bureau of Investigations to figure out exactly what happened. It is not known if there were any witnesses to the homicide and the names of the people involved have not yet been released.