The Woodland  Park City Council has set the stage for a new comprehensive plan to chart the community’s future for the next decade.

Last week, the council held a special session, via the Zoom conferencing platform. The meeting had three items on the agenda; the comprehensive plan contract and consultant review; city council rules and procedures;  and a COVID-19 operational and budget update.

The majority of discussion centered on a  proposed $100,000 comprehensive plan 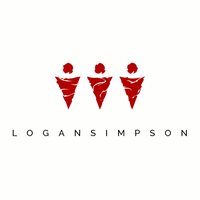 contract for Logan/Simpson Consulting. Logan/Simpson is a well-known Fort Collins firm that has completed comprehensive plans for Green Mountain Falls, Colorado Springs, and municipalities up and down the Front Range. The total proposed price tag runs parallel to what the firm charged GMF for a master plan in 2018/2019.

Most council members appeared supportive of the project,  but no action could be taken because it wasn’t a regular meeting. However, new council member  Robert Zuluaga, who dominated much of the discussion, grilled the staff with many questions about the new master plan contract and the overall process.

Zuluaga took issue with a clause in the contract that states, “Consultant is not entitled to compensation beyond the ‘not to exceed amount’ except as approved in writing by the planning director.”

Woodland Park Planning Director Sally Riley explained that the contract is a “lump sum” contract. As a result, she said the consultant will work for the lump sum no matter how many hours the work requires.

She further explained that, “For example in the 2010 comprehensive plan it was a $75,000 lump sum, but when we started into the process it was determined that a retail demand analysis needed to be accomplished so the city increased the contract.”

This process required an amendment to the budget and approval of council.

Zuluaga asked the same question of the Logan/Simpson representative, Bruce Meighen, who was attending the meeting. Meighen expressed the same views as Riley.

This led City Attorney Jason Meyers to chime in. He said, “Just briefly, I wanted to follow up on the concern before, to make sure it is put to rest. The ‘not to exceed amount,’ staff has no authority to spend more than council authorizes.”

Riley explained the scope and responsibility of the contract. She stated that the process includes a “robust” public engagement, with the council, planning commission, and the community to guide our next decade. Riley said the process includes, “Surveys, town halls, questionnaires, interviews with stakeholders.”

Zuluaga then questioned the integrity of the consultants.

Former council member Carrol Harvey, who is head of the master plan project committee,  responded that “The last comprehensive plan was good, but I think with the contractor that we’ve selected, the next one is going to be excellent. I’m pleased that we were able to hire them, I think we got a bargain for our money. Another strength of Logan/Simpson, they’ve already worked with communities using virtual platforms.”

Next Zuluaga took issue with language in the contract which states, “working within state statutes.”

He implied that the consultants were somehow going to turn Woodland Park into a “cookie-cutter” United Nations community. He said, “You are taking the input from our community members and putting that into a framework which conforms to sustainability which is a model that is being implemented across counties, cities, states, not only in America but around the world. I’m a little uncomfortable with that when it includes our zoning.”

However,  officials have noted that this analysis isn’t quite right.  Elected leaders have the final say regarding what is  included in the final plan blueprint, and the overall project focus, and not the consultants. That actual master plan document usually follows much input from local residents.

Due to time restraints, Mayor Val Carr had to shut down discussion on the master plan contract.  A final decision could occur at a forthcoming meeting.

The council also had a brief discussion on rules and procedures.  Due to time restraints because of  another scheduled planning commission meeting, the council couldn’t address the coronavirus situation.