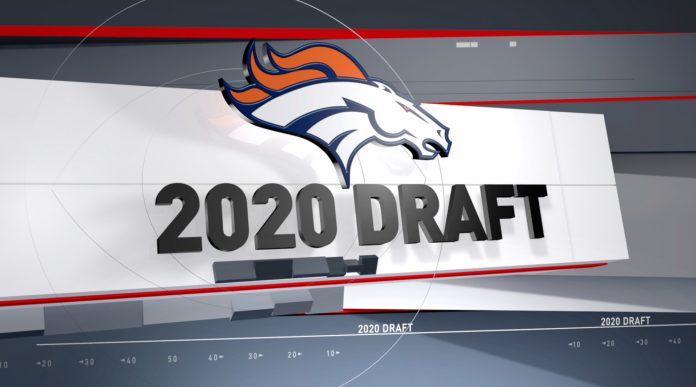 In the First Round of the 2020 NFL Draft, the Denver Broncos picked Jerry Jeudy, wide receiver out of the University of Alabama.

My personal choice would have been Henry Ruggs, but the dirty Raiders snatched him up with the 12th overall pick, just four picks ahead of the Broncos.

After doing a little more research on Jeudy, I don’t feel bad about the pick. Jeudy is 6’1” tall and weighs 192 pounds. Ruggs is 5’11” and 188 pounds so they are close in size and weight. I was hoping for Ruggs because of his blazing speed. Ruggs did the 40-yard dash at the combine in 4.27 seconds. A closer look at Jeudy and, low and behold, he turned in a time of 4.45 at the combine. Two-tenths of a second? I can live with that.

Furthermore, Jeudy is an excellent route runner. Many elite talking heads say Jeudy is the better of the two just because of his route running ability. He can stop on a dime and give you nine cents change. Quickness and the ability to get open FAST trumps blazing speed.

Jeudy is also deceptively agile in the open field after the catch. His quickness leaves defensive backs looking for their jocks, as Jeudy heads for the end zone.

Because of his abilities, many pro football gurus are predicting Jeudy will be the number one receiver on the Broncos, supplanting Courtland Sutton for that job.

Oddly enough, despite my love for Ruggs, it has been reported that John Elway had Jeudy in his sights all along, and not Ruggs. Even odder (if that is a word), neither Ruggs, Jeudy, or the other top wide out in the draft C.D. Lamb was expected to fall to number 15 in the draft. The only one of the three that went early was Ruggs to the Raiders at number 12. Lamb went to the Dallas Cowboys with the 17th overall pick. Once again, the talking heads blew it with their “mock draft” analysis.

In the Second Round, the Bronco picked at number 46 overall. They picked another wideout K.J. Hamler out of Penn State. Hamler is a little guy at just 5’9” and 176 pounds. A hamstring injury prevented him from competing at the NFL Combine, where he undoubtedly would have timed in the 4.3s. While he is a speedy littler feller, he was known for dropping the ball at Penn State.

Why the Broncos took another wide out is a mystery to me, especially since Cornerback Trevon Diggs was still on the board. Perhaps DeSean Hamilton, and Tim Patrick might want to start updating their resumes.

With the 77th overall pick, in Round Three, the Broncos picked Cornerback Michael Ojemudia out of Iowa. Ojemudia is 6’1” and 200 pounds. That makes him big enough to double as a safety if needed. According to Bryant McFadden of CBS sports, “He had a really good senior bowl that opened a lot of eyes, in the last two years, he had six interceptions, so he does a really good job of attacking the football, he’s a very smart player who excels in zone coverage. He’s a good player that loves to stick his nose in the fire. He could play safety at the highest level in the NFL.” This pick at least fills a need on the Bronco’s roster, but whether he pans out only time will tell.

With the 83rd pick in Round Three, the Broncos picked Center, Lloyd Cushenberry from LSU. Cushenberry is a 6’3” 312 pound bruiser of a man.

According to NFL media’s Lance Zierlein, “Cushenberry isn’t rigid or stiff, but he does have some limitations with lateral quickness, which show up against athletic edge rushers and with potential run game limitations in space,” He also pulled up with a hamstring pull in his secon 40-yard dash at the combine which could limit his use in 2021.

So, the Broncos filled another need with Cushenberry, but he may or may not work out. Again, only time will tell.

With the 95th overall pick in Round Three, the Broncos picked Defensive Tackle McTelvin Agim out of Arkansas. Agim is a 6’3” 309 pound beast of a man. He is a work in progress with only one season as a full-time defensive tackle after playing defensive end previously. While his technique and fundamentals are still in a developmental stage as an interior defender, elements like hand placement and ball awareness are expected at defensive end, so it is a little disappointing.

Needs not yet filled are the positions of inside linebacker, offensive tackle, and safety.

The Broncos still have seven picks left as of this writing. Hopefully they will find a gem in the rough. If I had to grade this year’s draft for the Broncos, I’d have to give them a B-plus, with the only ready to go pick being Jerry Jeudy.