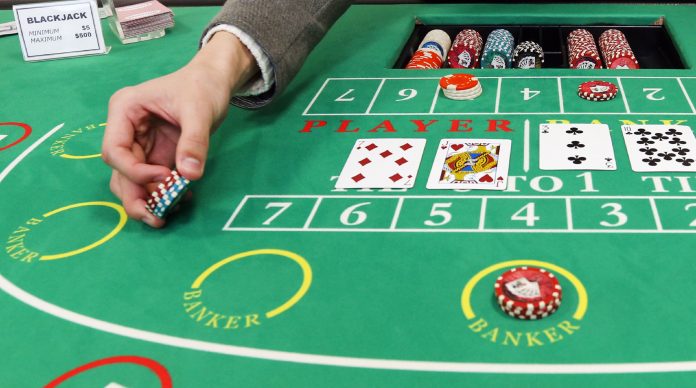 Even with the coronavirus scare still persisting and crippling the local gaming industry, Cripple Creek elected leaders say the time  couldn’t be better for raising the ante on a state bid to eliminate the gambling betting limits, have new games and open the door for “high rollers.”

Last week, the council held a work session on the campaign for Initiative 257, which would allow for ending the restrictions on single bets in the three gaming communities, and putting this decision in the hands of the local communities. The campaign, which kicked into high gear earlier this year, has been spearheaded partially by former Mayor Bruce Brown and former Colorado Senate President Bill Cadman.

Although no vote was taken, the elected leaders appeared receptive to the effort, and ready to endorse the initiative and roll the dice, if necessary.

However, key representatives of the group, orchestrating the campaign admit the entire economic gaming landscape has changed dramatically with te coronavirus, 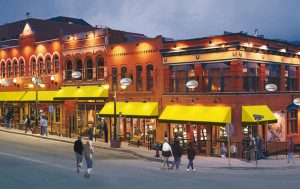 leading to the closure of all Colorado casinos since March 17. But on the upside, the eventual reopening of gaming establishments could create more support for plans to generate additional revenue by eliminating the current $100 limit on single bets at card and table games and at other gaming devices and adding more games, noted committee leaders.

“Everything has changed,” said Josh Penry, a member of the 257 Initiative Committee, in describing the impacts of the current coronavirus scare. “The industry has been hit hard.  It is heart wrenching.”

The 257 Initiative spokesman classified the current scenario to “suspended animation.” “It is an important issue,” said Penry, in describing the push to raise the stakes dramatically. Colorado is one of only two states that has limits on individual bets. The other state is South Dakota, which has placed the limits at $1,000.

This means that Colorado casinos currently face severe limits, compared to other areas where gaming now occurs, according to Penry.

And with such a big economic blow due to the coronavirus, the 257 Initiative spokesman maintained their campaign could help breathe a little life into the gaming industry, and give gaming casino operators, city officials and gamblers a reason to celebrate. He estimated that revenue would increase initially by 5 to 10 percent, with the addition of such new games as Baccarat and the elimination of the current limits.

The 257  Initiative representatives maintained that if their ballot plan secures enough signatures and wins a majority vote by the citizens of Colorado and during a separate election in Cripple  Creek, the industry could reap some major benefits. “You will attract more people,” said Penry. More specifically, he believes  getting rid of bet limits would make Colorado casinos more competitive, compared to other locales across the country.  He mainly cited the advent of  more “high rollers,” who wouldn’t have to travel to Las Vegas and other national gambling hotspots, and could get a similar experience right in Cripple Creek.

The 257 Initiative leaders also believe the prospects of the measure getting passed by the voters of Colorado are fairly good. “Cripple Creek has always had a good story to tell,” said Kate Roberts, a member of the 257 committee. “There will be a lot of support among people in Colorado.”

Both she and Penry stressed constitutional initiatives that let the local communities decide their own fate are usually well received by Colorado voters. Under the 257 Initiative plan, both a state and local vote would occur.

But the group has some significant hurdles to leap. It must obtain close to 125,000 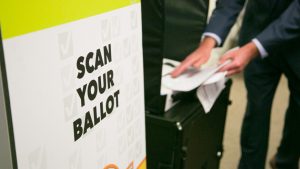 Under normal circumstances, a well-funded state-wide political committee wouldn’t have too much trouble reaching that goal, if the organizers get started early and pay for signature-collectors. But with the coronavirus reality, this may be more difficult due to the social distancing guidelines. As a result, Penry cited the possibility of garnering electronic signatures. He said the committee may research this possibility in more detail.

Another option is to shoot for a legislative-referred measure. But that is a tough bar to climb, as it would require two-thirds support among legislators. “We are evaluating our options,” said Penry.

The council expressed support for the initiative, and agreed to offer their support. They raised some questions about the reality of garnering this number of signatures during the coronavirus scare.

Interim City Administrator Paul Harris also asked the committee leaders if they would expect to obtain a strong level of financial support to promote the issue from the casinos, with the coronavirus impacting the industry’s future.

Penry, though, replied that this shouldn’t be a problem. In fact, he contended that the raise the stakes campaign still had much support among industry leaders.  He believes also it would offer a healthy celebration due to the economic woes facing the region, when the casinos reopen. Penry and Roberts also stressed that the issue has a good chance to pass. “The public broadly believes in local control,” concluded the 257 representatives.