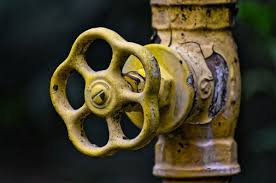 Even the biggest health crisis in the world can’t stop downtown progress in Cripple Creek.

In fact, with the virtual closure of the town due to the coronavirus threat, the timing couldn’t be better for ripping up the main street and doing a much-needed water line replacement.

This opinion prevailed during a special meeting last week by the Cripple Creek City Council.

At issue was the fate of a $1.12 million infrastructure project downtown that would have impacted the casinos and local businesses. Following considerable discussion, the council signaled the green light for the water line replacement project, but gave the thumbs-down for a key chip and seal paving effort, planned in 2020.

The council debated the pros and cons of whether it should proceed with the downtown work, in lieu of the coronavirus situation.

Interim City  Administrator Paul Harris expressed some concerns about the project getting stopped in the mid-stream due to the pending “Stay-at-Home” action by the state or possible shutdown orders. He asked city attorney Erin Smith of any liabilities the city could experience. “Nobody has been in these waters before,” said Harris, in describing the COVID-19 crisis and associated local impacts.

However, Public Works Director Steve DiCamillo heavily recommend going full-speed ahead. He said the project, which would replace a deteriorating water line and related woes that in 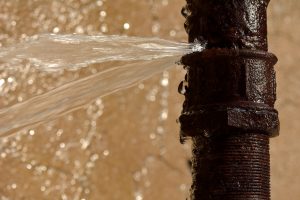 the past have created significant geyser-like water bursts. “It (the aging water line) is going to break,” said DiCamillo, at last week’s special meeting. “Eventually, it (the infrastructure work) has to be done.”

And in discussing the situation with the contractor, Native Sun, and state officials, he believes the city should proceed with the work in  April, since the casinos will remain closed. The gaming establishments would have faced some impacts and possible business interruptions from the work.

In fact, when the contract was originally approved, Mayor Milford Ashworth had proposed only doing the downtown work between Monday and Thursday.

Now, with the casinos closed and the main street resembling a ghost town scenario, the infrastructure could occur every day, and the work would get completed much faster than earlier estimates. Originally, the project was slated for a Memorial Day completion date.

A key factor that impacted the council’s decision hinged on a $500,000 grant it is scheduled to receive from the state’s Department of Local Affairs to help fund the work.  If the city pulled the plug on the project, concerns mounted that it may never receive this money again, due to the financial impacts confronting Colorado as a result of the virus.

“Our money is still there,” said DiCamillo. “’They (the state of Colorado) are  not shutting these projects down.  We are good to go.”

Not so fast, argued Ashworth. Of all members of the council, he expressed some reservations about the timing of the infrastructure work, involving much  curb and gutter and sidewalk enhancements, due to the financial strains facing the city. “I have a problem with cash flow,” said Ashworth, who wondered about more of a piecemeal approach.

In addition, Harris didn’t see a problem with availability of money, based on the already established funding sources for the work. However, he stated that the city would have to put a halt on other significant infrastructure projects, such as a key chip and seal project, planned this year. He also cited some big financial concerns down the road, if the current closure of the casinos continues (see related story).

The council members also maintained they better act now, while money is available. “The state of Colorado is going to be in financial trouble,” stated Mayor Pro Tem Tom Litherland, in expressing reservations about future grants.

Another factor favoring the work dealt with the closure of the casinos. Memories still linger about a previous downtown facelift the town embarked on that practically sparked a business revolt. Projects of this magnitude often create much business interruption. But with no or limited business right now, the timing couldn’t be better, noted DiCamillo.

The council voiced unanimous support for proceeding full-speed ahead with the work, expected to start around April 1. But as far as other significant infrastructure efforts, the council told the public works director to put these on hold.