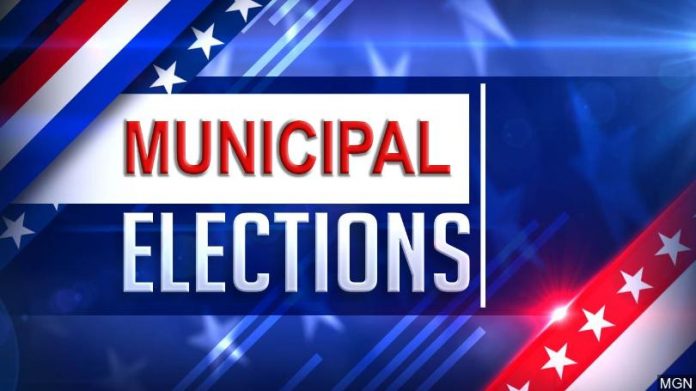 The deadline is approaching for local voters to return their mail-in ballots for the highly contested April 7 municipal election in Woodland Park.

At stake are a mayoral seat and three council positions, along with 11 ballot questions dealing with city charter amendments.  Local officials have described the election as one of the most critical in recent years.

Four candidates are running to fill Mayor Neal Levy’s seat. Levy has decided not to seek another term even though he is eligible under term limit regulations. The candidates for the mayor’s seat are: Kellie Case, Noel Sawyer, Val Carr, and Darwin Naccarato.

Here is a brief synopsis of the mayoral candidates.

Case was elected to city council in 2018. She is a real estate professional and has many years experience in city government, serving as Woodland Park’s finance director. In the 2018 election Case received the most votes of any candidate.

Sawyer has been on city council since 2014. In the 2018 election, Sawyer beat incumbent city councilman John Schafer in that election. Schafer and Sawyer were tied in votes in the 2018 election, but Sawyer retained his council seat by a tie-breaker draw of the cards. Sawyer drew a queen of hearts, Schafer drew a 9 of diamonds. Sawyer works as a database administrator for Oracle.

Val Carr is the current mayor pro tem. Carr has run for mayor before. In the last election Carr was defeated by Neal Levy for the mayor’s seat by 179 votes. Since Carr’s council seat had not expired, he retained his seat on council and was elected mayor pro tem.

Naccarato was recently appointed to council to fill retired councilwoman Carrol Harvey’s seat. Naccarato has a long history of community involvement. He serves on the Community Investment Fund, and was appointed to the Historical Preservation Committee, and the Parks and Recreation Committee.

Here is a brief synopsis of the candidates for council.

According to his Twitter profile, Donald Dezellem works as an electronics associate at Walmart in Woodland Park. He is a 25-year resident of the Pikes Peak area. He loves to cook & barbecue for family and friends, especially Santa Maria BBQ. Dezellem has been a regular attendee at council meetings. He ran for Harvey’s empty seat on council but was not appointed.

Paul Neal is an Army veteran, having served in the infantry, and previously worked as a chief technologist for Hewlett Packard. Neal was a vocal opponent of the controversial Tamarac manufactured home project. Neal also ran for Harvey’s empty seat but was not appointed.

Jim Pfaff has a long government related resume. According to his Facebook page, Pfaff is chief of staff at the Colorado House of Representatives, and studied political science at Indiana University. According to his Twitter profile, Pfaff is a Jesus follower, former radio talker, liberty lover and former DC Chief of Staff at YALiberty, a youth mobilization group.

Robert Zuluaga is a businessman, entrepreneur, and construction contractor. He studied at the Charis Bible College. Zuluaga was another candidate for Harvey’s council seat, but was not chosen. Zuluaga often attends council meetings and has spoken during public hearings on a number of subjects.

Michael Dalton is a local blogger. He runs the Woodland Park Underground site.

There are also 11 ballot questions voters will be asked to approve or deny.  They deal with proposed changes to the city’s charter, often described as Woodland Park’s mini-constitution. Most of these deal with house-keeping measures, such as removing gender specific language in the charter, getting rid of penalties for violating the charter, defining the role of the police chief better, changing the deadline for the annual audit and  adhering to state standards for elected and appointed officials

But a few of the questions focus on key policy changes, such as bids for council pay, term limits for members of all boards and commissions and efforts to tighten up the petition rules for proposed citizen initiated challenges to the city charter.

The ballots must be returned to a secure drop-off area, outside city hall, by 7 p.m. on April 7.