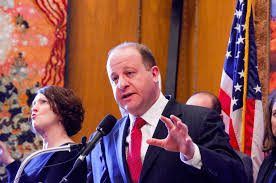 Trump issued a national emergency designation due to the spread of the deadly pandemic.

In the region, the crisis struck a fatal note, with the first reported death of an elderly person, inflicted with the coronavirus, in El Paso County. The woman was in her 80s and had underlying health issues. Few details have been released about her death.

Although there have been cases in neighboring areas, Teller County has had no reported cases of the virus as of last Friday. Two weeks ago, the state had zero confirmed cases but by the end of last week Colorado already tallied up over 70 cases.

In the beginning of last week, Woodland Park’s RE-2 School District announced several steps they were taking to reduce the spread of disease on all of their campuses. However, last Thursday afternoon, the district informed the public that they would be closing this week and would remained closed for two weeks since next week is their regularly scheduled spring break.

According to the RE-2’s public relations/communications specialist Stacy Schubloom, the 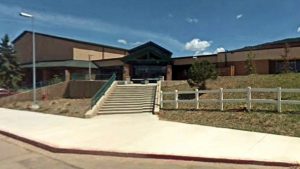 school district has been implementing several measures to lower the chances of diseases like COVID-19 for the last few weeks in order to stay proactive in dealing with the recent pandemic. “We are working closely with Teller County Public Health and Environment to monitor what is going on,” Schubloom said. “And then we follow their lead on any kind of quarantines or closures or any health measures that are needed, we follow them.”

Last week, Schubloom said that the school district was taking several measures to improve cleanliness district wide in hopes to prevent the spread of diseases. “We were already in the process of ordering some different disinfectants for our schools,” Schubloom said. “And so next week we are going to have hand sanitizer stands. We are replacing 20 hand sanitizer stations throughout our district’s buildings. Also each classroom will have a hand sanitizer pump, a lot of them already do, but we are going to make sure each classroom has that. We are also purchasing eco-sanitizer which is a no-rinse formula. It is a concentrated sanitizer that can be used on hard surfaces and those will be in each classroom. So teachers will be able to spray on all hard surfaces during the school hours, during recesses, passing times and things like that.”

Schubloom said that they also have a new sanitizer that can be used on various surfaces like doorknobs. She said that they were already using disinfectants during school and at night but that they would be increasing their use of sanitization products district-wide.

The district’s human resources department has also updated their rules and policies in order to help enforce any new measures. The transportation company for the schools has also joined the efforts and has started working harder towards better sanitizing the school buses within the district.

However, at the end of last week the schools were cancelled and Schubloom said that there were no plans to implement the virtual classroom systems during the school closure for the next two weeks. She said that at the end of the month district officials will re-evaluate the threat of COVID-19 and see what steps will be taken at that point.

According to Teller County Administrator Sheryl Decker, the county has taken several steps to be prepared when and if Teller receives any cases of the virus. “We are getting prepared to have to face the worse-case scenarios. We are doing everything we can to be prepared,” Decker said. “We are communicating with everyone and the biggest thing we are trying not to do is to feed the frenzy and stop the rumors. We have worked with our hospital and the UCHealth system closely. We are all working together and following our plans. We are not there yet, we are in a prepared and situational awareness stage. Because the biggest and best news is that we do not have a case. And we would love to keep it that way but I’m not going to be foolish about it. We are still preparing and doing everything we can to be ahead of the curve and get done what needs to get done.”

Last week, the spread of the coronavirus prompted not only the closure of several school districts and universities, but gatherings such as concerts, parades and  sporting events. The recent Charis Bible College Men’s Advance Conference was shut down for public attendees, but was live-streamed online. Local health departments nationwide have been suggesting that any public gathering with 100 people or more be postponed to a later date or cancelled altogether.

The Woodland Park City Council also initiated emergency measures to have virtual meetings (see related story). The Butte Theater did its part to grapple with the crisis by cancelling all shows and performances in March. And The Mountain Jackpot newspaper (TMJ) opted to reschedule their county commissioners’ forum, hosted by County Lodge, until June. This forum was originally scheduled for March 19. In a major move, the Woodland Park Chamber of Commerce rescheduled their annual awards banquet, an event that attracts 300-plus people, until May 8.

The pandemic has also caused other impacts like the short of essential home commodities. Last week, most stores in the Pikes Peak region were completely out of stock of items such as toilet paper, hand sanitizer, and bleach.

In other states, the virus scare has caused grocery store shelves to become very bare as they have run out of more items than just toilet paper and sanitization products. In states like Michigan, shoppers have emptied several aisles of the stores including the meat and produce sections.