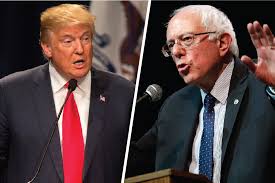 The tallies for Super Tuesday have been rendered, and much like the state, Teller County emerged as Donald Trump and Bernie Sanders country.

They were the top winners of the Republican and Democratic presidential primaries in Teller.

The big surprise, though, was the heavy turnout, especially among Republicans, with nearly 6,000 voters casting tallies for Trump, even though he basically faced no opposition.

This fact even stunned Teller County Clerk and Recorder Krystal Brown. At last week’s commissioner’s meeting, she admitted that she lost a friendly bet with a coworker when 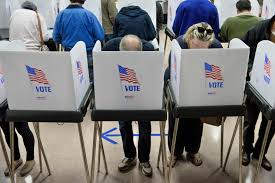 she predicted that less than half of the county’s citizens would take their time to fill out a ballot in the 2020 presidential primary election.

In fact, Brown admitted that she had to “eat crow” and buy her colleague lunch after she happily lost the bet when the clerk’s office determined that an impressive 53 percent of Teller citizens put in their tally for Colorado’s Super Tuesday presidential primary event. To many it was no surprise that the recent election had a good turnout since this was the first presidential primary the state hosted in 20 years.  Plus, Colorado became part of the famous “Super Tuesday” nationwide primary election, with one-third of the total delegates getting allocated.

However, the results of the local primaries definitely leaned towards a single candidate. Incumbent President Donald Trump tallied up nearly 6,000 votes in the primary election, while his sole opponent, Joe Walsh, only tabulated 58 votes.  The Republican primary turnout in Teller trumped the Dems, with only 2,650 votings in the Democratic contest. However, that statistic is not surprising. On a county-wide basis, the county has a much larger ratio of registered GOP voters.  And statewide, the current president was voted for more times than all of the Democratic candidates put together as he gained nearly 600,000 votes by Colorado residents. The Democratic field, though, sported a lot more candidates, with the Dem ballot listing 17 names.

The Democrats heavily supported the progressive wing of the party, as they threw their support behind  Senator Bernie Sanders. Sanders won Colorado with around 36 percent of the Democratic vote. Sanders also won in other states like California and Maine. Sanders has always been popular among Democratic enthusiasts in Colorado, as he won big here four years ago.

But Super Tuesday actually happened to turn out in favor of Biden, who surprised the pollsters by winning Texas and faring well in other states. Currently, Biden is taking the lead against Sanders by already having more than 90 more delegate votes than Sanders.

Just prior to the Super Tuesday contest, candidates Pete Buttigieg and Amy Klobuchar dropped out of the race and quickly endorsed Biden afterwards. Once candidate Michael Bloomberg realized that he was beat after Super Tuesday, he dropped out f the election the next Wednesday morning and also endorsed Biden. A few days after candidate Warren was trailing far behind Biden and Sanders in third place, she also left the race for the future commander in chief.

As of now, it is down to two Democrats seeking the party’s nomination later this summer. The winner will challenge Trump in November for the commander-in-chief title. Right now, Biden is in the lead in the Democratic race, but the contest is still close to call.

Both candidates need about a 1,000 more delegates to secure their spot in the 2020 presidential election in the square-off against Trump.