Big Hopes Outlined For Next Season

With the beginning of March, winter sports in Woodland Park has screeched to a conclusion. Here are some of the highlights and an outlook for next year.

This year the award for the best high school winter sports team goes to the Panther wrestlers.

The wrestling team struggled all year with injuries so they were not able to place high as a team, but several individual wrestlers had stellar seasons on the mats.

During the regional tournament, the team had five wrestlers place in the top ten in their weight class. Four of those five placed in third or higher which earned them a spot at the state finals.

At the state tournament, three of the four that went earned spots in the top four of their weight class and sophomore star Brady Hankin won the state title for the second year in a row.

Now during the off-season, Coach Keith Sieracki plans to keep his wrestlers trained by offer wrestling clubs throughout the year. The coach also thinks that he has some wrestlers that have not quite reached their prime yet.

Next season the team will be losing two of their star wrestlers Cole Grey and Adam Garner to graduation. Grey said that he is looking at Western State University in Gunnison as his choice for college and said that he was planning on wrestling there as well.

However, the team does still have several young players that will be improving in the next years to come. Since, Hankin is only a sophomore, he will have two more years at Woodland Park to improve his skills and could possibly take two more state titles.

Last month, the Lady Panthers ended their 2019-2020 regular season and they were not rewarded a playoff spot.

The girls were able to win one of their last four final games of the season but they ended their year of play with three losses in a row.

The girls’ final win of the season came on Feb. 12 when they defeated Elizabeth at home 51-34. Later that week the team played Canon City at home and suffered a 59-26 loss.

The Lady Panthers ended their season with a 6-17 overall record and a 4-12 league record which landed them in 7th place in their 4A Colorado Springs Metro League, doing better than only Elizabeth and Mitchell. Canon City won the division while Sierra took second as both teams had 14-1 league records.

The ladies ended their season ranked 229th in state and 13,339th nationwide. Despite them missing postseason play, the girls put up some good stats for their season while playing in their highly competitive league.

Sarah Iskra led the team during the season as she played in all 23 games and scored a total of 293 points. She also picked up a total of 75 rebounds, 38 assists and 51 steals.

Luckily, next year the team won’t be losing a large chunk due to graduation. The Lady Panthers will however be without their star player Battin, who will be moving on this spring. Many of the key players on the team will be back next year and ready to show some improvements.

The Panther boy hoopsters continued to struggle towards the last part of their season as they lost their last five games in a row. The Panthers had a tough time this year playing against teams in their league that contained multiple stellar winning teams.

The boys finished their season slightly worse than they were last year as they earned a 4-19 overall record and a 3-13 league tally. The only team that did worse than the Panthers in their 4A Colorado Springs metro league was Mesa Ridge as they finished their season only winning one league match. Harrison won first place with a 13-2 league record whereas The Classical Academy came in a close second at 12-3.

During their last week of regular season play, the Panthers had to play the two best teams in their league. On Feb. 21, the team challenged The Classical Academy and lost a pretty close one 55-46. Then during their final match, the boys played the league champion Harrison Panthers and lost 70-48.

Even though their season was a rough one, there were a few Panther players that stood out as stars on the team. This year the team’s star player proved to be senior hoopster Markus Eiselein. He scored a total of 315 points during the season while picking up 83 rebounds, 21 assists and 14 steals.

The next impressive player during the 2019-2020 season was another senior player Joey Babin. The star playing his final season at the high school scored a total of 206 points during the year and picked up 69 rebounds and 46 assists.

Another senior player that had a good year was Vaughn Rea as he scored 183 points and made 37 field goals. One freshman player came out of the woodworks this year and also put up some good stats. During his first year playing high school ball, Sonny Ciccarelli scored 160 points and picked up nearly 60 rebounds.

Next year looks a little scary for the Panther team because the majority of their starters this year will be leaving when they graduate. Out of the team’s 11 starters seven of them will be graduating in the spring.

This means that next year the team will basically be out of all of their top producing players. However, the team’s three junior and one freshman starters did look good this season and may show to prove that the Panthers have a strong future. 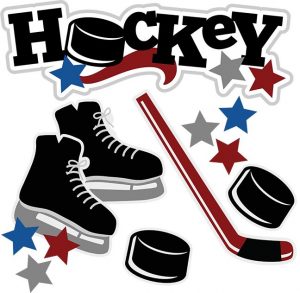 Last year, the boys started their third season of being in existence in Woodland Park. During their first season the team struggled to win one game, then last year they came out of nowhere and looked very competitive.

However, during the 2019-2020 season the team got a new coach and then went back to looking how they were during their inaugural year. To make matters tougher, the boys do play in a 5A league when Woodland Park is a 3A school. As a result, they are playing teams that have much better funded and renowned hockey programs.

The ice Panthers struggled right off the bat and started their season with a long losing streak. The team was only able to come up with one win all season that happened to be a league match against Liberty in the middle of January.

The Panthers ended their season on a nine-game losing streak and ended their year of play with a 1-18 overall record and a 1-9 league tally. The Panthers finished in last place in their league as Doherty won the title when they went undefeated during league play with a 10-0 division record.

However, the future does still look bright for the hockey team because the program is still young and growing. The area also has a club team for younger kids that helps prepare the players to play at the high school level. The structure of the club teams farming the high school team is a model that should work over time and Woodland Park should see a successful hockey team in the near future.