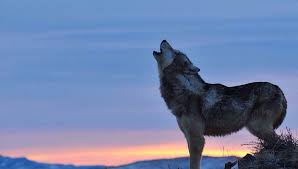 After what Teller County Planning Director Dan Williams coined as a “prolonged process,” the Colorado Wolf And Wildlife Center (CWWC), located between Divide and Florissant, leaped a huge hurdle last week by getting the okay for a permit change and expansion.

A representative from the Wildlife Center appeared before the Teller County Commissioners at their regular meeting on Feb. 20.

Kobobel told the commissioners that the efforts for their expansion have been in the works for some time and that the organization decided that now was the time to take the final step.

“We are seeking this approval because we want to improve upon what we have,” Kobobel said at the meeting. “We serve the community, schools, state parks and boy scout and girl scout groups that come to the center. Education, conservation, preservation is what we stand for. This is our mission in life and we want to continue, but as you know you can get stagnant sometimes where you can’t improve upon and make things better, so that is what we are trying to do.”

During Williams’ presentation to the board of commissioners, he discussed the history of the wildlife center and its property. Williams explained that the second piece of property in question was originally purchased by CWWC as a buffer to keep vacant land between their wolf pins and their neighbors.

But as a part of their expansion, CWWC decided to add more structures and pins for animals on that second piece of property that is located next door to them. The new plan that was approved last week will include improved landscape and the construction of an outdoor gazebo-like structure on their original property. The plans also include the construction of a small child’s playground and outdoor interpretive learning environment.

As a part of the approval, the wildlife center also has five years to build a secondary gift shop and expand upon their visitor’s center. The plans for their new lot include building a new home for their director and building an emergency fireproof evacuation shelter for the animals in case they cannot be moved off of the property.

The organization’s five to 10- year plan also includes several other upgrades including the addition of a classroom that can hold up to 50 students and a solar power grid that can power the facility. CWWC also plans on improving their restroom facilities and constructing two research and observation yurts.

As a part of the recent approval, the center now has a new special use permit for

recreation as opposed to the conditional use permit they once held. The expansion allows the center to hold up to 30 animals whereas it was previously restricted to having only 22.

Williams said that the traffic going in and out of the center was not significant enough to have to make any changes to the road. Williams and Kobobel both said that there would be no new parking spots added because the lots they have now are enough to fit all of the 35 people that are allowed on each tour.

Williams did say, though, that changes to the road could be made in the future if traffic levels rise significantly in the future. He said that in the future, the county could consider making changes like adding a deceleration lane for the center’s property.

The CWWC was started by Kobobel in 1993 when it was located in Lake George and called the Wolf Hybrid Rescue Center. In 2002, the Hayman fire torched the area and forced the organization to move its location closer to Divide.

In 2006, the county’s planning commission granted the organization a conditional use permit that included 10 enclosures and habitats for up to 22 wolves, wolf hybrids, fox, and coyotes. During its 27 years of existence, the CWWC has maintained its required Colorado Parks and Wildlife (CPW) license and its United States Department of Agriculture (USDA) license. The center is also one of only 12 facilities that is sanctioned and certified by the Association of Zoos and Aquariums (AZA).

According to Kobobel, the organization’s new expansion will be the last of its kind because the center would have to obtain another license. She said that caring for up to 30 animals is difficult enough and that the CWWC does not plan on increasing that number in the future.