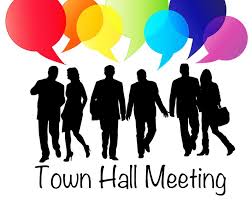 Chamber to sponsor an educational meeting on charter amendments

This year’s election ballot for Woodland Park this April not only sports a total of nine candidates running for four open seats, including a record number of contenders for the mayor’s spot, but it also has a list of 11 city charter amendments.

The list and the language may be daunting to many voters.

Most of the questions deal with housekeeping measures, but the list also features a few key policy measures, such as giving council members and the mayor a small financial stipend, imposing term limits for committees and boards and tightening up the requirements for petitions that challenge charter amendments.

Fortunately, the Woodland Park Chamber of Commerce is sponsoring a town hall to enlighten the citizenry on the amendments. The town hall will be held at the Ute Pass Cultural Center, Tuesday, February 25, from 6-8 p.m.

Former Councilwoman Carrol Harvey and Debbie Miller, president of the Woodland Park Chamber of Commerce, will host the event. Harvey will give a presentation/slide show on the city charter and explain that this document is the city’s constitution that it operates by. Harvey served as a member of a previous charter review committee.

City Manager Darrin Tangeman also compared the charter to a mini-constitution for Woodland Park at a previous chamber After Hours event. He gave a quick snap shot of each issue and mentioned the forthcoming informational forum.

The chamber has developed a “blue book” in the format of the informational book voters receive during regular elections, explaining the issues. The blue book will list the amendments in the order they appear on the ballot. Miller said, “We will explain what a “yes vote” means and what a “no vote means.” They will go through each issue one by one, the fiscal impacts, and arguments for and against each amendment.

After the town hall, the presentation will be made public online. Plus, the chamber will provide links to those who wish to share the online location, and have hard copies available to the public. Hard copies will also be available at the town hall.

Miller said, “I think that it is imperative that people hear from us that evening so that there is no misconception about anything. I think it will be broadcast live on Facebook as well.”

City staff may be in attendance but cannot address the issues because they are already on the ballot. 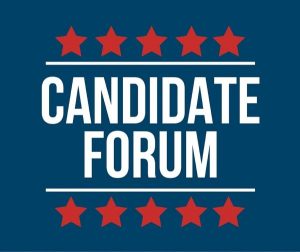 Miller said, “It’s not the place for any elected officials for them to expand upon what their thoughts are. This is a true town hall to get information out to the voters. They’ll have the opportunity to do that at the candidate’s forum.”

There will be a question and answer session but Miller believes the presentation will answer any questions the public may have.

This year’s election is by mail-in ballot only, a process the city has followed since the early 1990s. Ballots will be mailed out March 16.