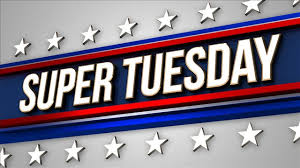 So get ready for reams of television and media ads in the next few weeks and prepare for an unprecedented level of political bombardments. Yes, have your hands wrapped around the mute button for your television set, if the political charade becomes too much.

Super Tuesday, probably the most important day of the presidential primary season, is 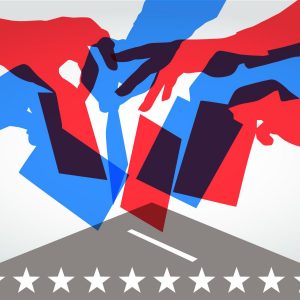 right around the corner, with March 3 serving as the big day.

And for the first time in decades, your vote actually matters. That’s if you are a Republican, Democrat or unaffiliated voter. Colorado is part of the Super Tuesday wave, involving 14 states and close to 1,400 delegate votes.

Colorado entered the Super Tuesday sweepstakes, courtesy of ballot issues approved several years ago that forced the state to change from a caucus scenario for the state’s contest for the head commander-in-chief to a presidential primary, starting in 2020. In addition, the voter approved change opened the door for unaffiliated voters to participate.

The timing couldn’t be better for Colorado, at least in picking a Democratic presidential nominee, with the race still wide open. Normally by the time of Super Tuesday, the 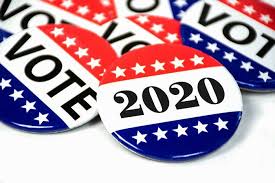 presidential showdown has a designated front-runner. But that’s not the case for the Dems this year, with five or six candidates still in the running.

Teller County has close to 18,000 voters that can play the Super Tuesday sweepstake game. Ballots were mailed out early last week, and early voting will get underway on Feb. 24.  In addition, a secure ballot box return area has already been set up outside the courthouse in Cripple Creek and at the clerk and recorder’s office in Woodland Park.  The presidential primary, the first in Colorado since 2000, is being handled through a mail-in vote system. All ballots must be returned by March 3 at 7 p.m.

The ballots only contain one question, but are loaded with contenders. On the Democratic side of the fence, voters have 17 names on the ballot in Colorado.  However, a number of these have dropped out recently, such as Michael Bennet and Andrew Yang. 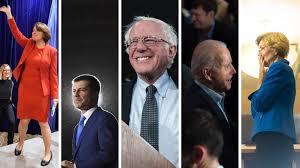 At the time of this writing, a virtual tie in delegate tallies occurred in early primary/caucus votes between Sanders and Mayor Pete. However, the battle for the more moderate leader of the party is still up in the air due to the early lackluster performances of former Vice President Joe Biden.

Who to Watch on Super Tuesday?

To date, the most impressive Democratic campaign efforts have occurred by Sanders and Buttigieg, who are striving for the party’s progressive vote. Klobuchar has probably shined the best in debates, but is running out of campaign money. The biggest loser so far is Biden, who just can’t seem to overcome his record of unsuccessful bouts for president.

The big question Democratic party leaders are wrestling with is: Who is the best candidate that can beat Trump?

On the Republican side, it’s Donald, Donald and Donald. According to the ballot, he faces 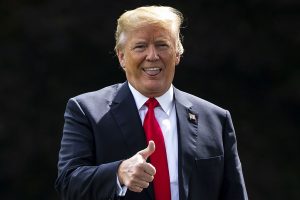 five other contenders, such as Joe Walsh and Bill Weld. But in reality, Donald Trump faces no opponents from Republicans. Weld is actually the only sole Trump Republican opponent left in the race.

A Prime Opportunity for Independents 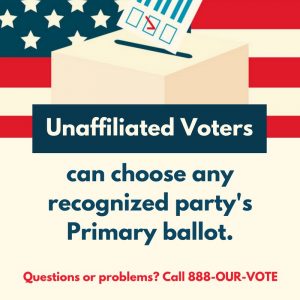 represent a huge chunk of the electorate in Teller, will receive both a Democratic and Republican ballot. They then can choose which party ballot they want to cast a vote in. They can’t do both. Unaffiliated voters in Teller run around 6,325, which is only about 1,764 voters shy of the total amount of Republicans, the dominating party in the county.

Registered members of the Republican and Democratic parties, meanwhile, will only receive one ballot.

Brown also noted that the primary voting process allows 17-year-olds to participate, as long as they will be 18 by the time of the general election on Nov. 3.

The upcoming presidential primary gives unaffiliated more of a say in making presidential picks than ever before. For the last 20 years, Colorado sported a caucus system, which often provided a miniature version of what occurred in Iowa. In many ways, these picks were done through neighborhood meetings, or through the state assemblies. However, complaints surfaced because critics contended that without a sole presidential primary, Colorado was out of the loop.

Plus, some believed that the caucuses benefited party activists and didn’t necessarily represent the sentiments of most members of the Democratic and Republican parties. Past caucuses favored Sanders, Ted Cruz and even Rick Santorum. In some ways, these candidacies represented either the extreme liberal or conservative sides of the Democratic and Republican parties and the state winners didn’t have much of a chance to capture their party’s nomination.

But at the same time, many enjoyed the folksy grass-roots atmosphere of the caucuses, when active discussions occurred on the pluses and minuses of the prime presidential candidates. Tallies were taken by a show of hands or by people standing up to favor a particular contender. Shouting was often encouraged.

However, the growing trend across the nation is to switch to a presidential primary system to avoid recent presidential debacles, such as what occurred during the Iowa Caucus.

The presidential primaries were done away with in 2000 as a cost-saving measure. 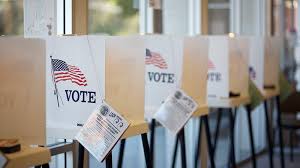 Much attention will be directed toward such states as California and Texas, which combined have more than 600 delegate votes up for grabs.

The big candidates to watch for are Bloomberg, who has invested millions in television ads, and will be making his first major showing with this many states at play. Bloomberg, a former New York City mayor, has been gaining momentum recently, as many insiders see his candidacy as what could emerge as the prevailing moderate Democratic faction. Moreover, many insiders see him as the best person to take on Trump. And of course, there is Biden, who may be putting on his life survival jacket during Super Tuesday. He and a few other contenders, such as Warren and Klobuchar need a big night to stay alive.

Trump, meanwhile, isn’t staying on the sidelines. He is doing a big rally in Colorado Springs on Feb. 20 at the Broadmoor World Arena. The president is expected to have a few choice words for his top rivals.

To partake in the vote, mail in your ballot right away or drop it off at secure 24-hour boxes outside the courthouse in Cripple Creek, or at the clerk and recorder’s office in Woodland Park at 800 Research Blvd. 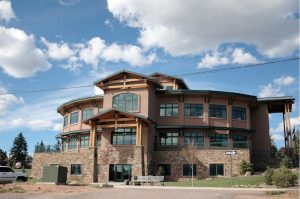 If you like to vote the old fashion way in person, early voting at a designated center is available at the Woodland Park Library at 218 E. Midland Avenue. The center is open Monday through Friday from Feb. 24 to March 2 from 9 a.m. to 5 p.m. It also is open on Saturday, Feb. 29 from 8 a.m. to noon, and on election day (March 3) from 7 a.m. to 7 p.m.

Super Tuesday represents the kick-off of a slew of upcoming elections.

Caucus day is scheduled for March 7. These neighborhood meetings for the Republicans and Democrats play a big role in selecting delegates for the respective county assemblies and are the starting point in many key state/county races. This could mark the first big test for the current candidates for two commissioner seats. The county assemblies will occur in late March. Under one scenario, the Teller GOP Assembly could help determine the commissioner seats, currently held by Norm Steen and Marc Dettenrieder.

Then, on April 7, Woodland Park will have its municipal election. At stake are four open seats, including the most competitive race for mayor in a number of years. Four contenders are bolting from the gates to seek the seat currently held by restaurant owner Neil Levy. Levy has opted to step down.

The state and county party primaries are then slated for the end of June. This tally will most likely determine two county commissioner seats and a contested Democratic battle for one of Colorado’s U.S. Senate seats, currently held by Cory Gardner. The general election, which will determine the sprint for the White House, is scheduled for Nov. 3.