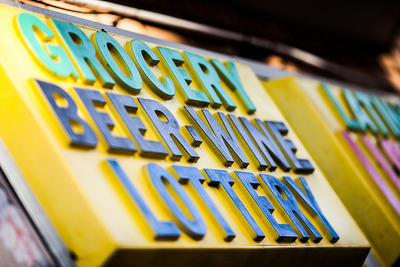 For years, Colorado gas stations and grocery stores could only sell beer that was 3.2% in alcohol content.

As a result, full-strength beer had to be purchased at a designated liquor outlet that held a different license. But those days are over.

About a year ago, the law changed to allow gas stations and grocery stores to sell any type of beer with their license.

When the law was first passed, many consumers were thrilled that they could 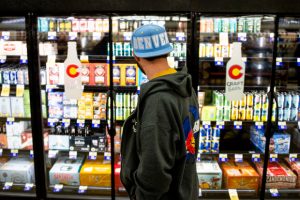 purchase regular beer while they were getting gas or going grocery shopping without having to go to more than one physical location. However, as soon as the law went into effect, many liquor store owners were scared that the law change would hurt their revenue and negatively affect their bottom line.

Now, after a full calendar year has gone by, liquor store owners have expressed mixed feelings on how the law has affected their businesses. Some liquor stores, like the big outlet store Cheers in Colorado Springs, have said that the new law negatively impacted their sales a lot more than they thought it would. While other smaller liquor store owners, meanwhile, said that they have seen very little impact because they changed what they carry and the ways that they conduct customer service.

Locally, liquor store owners also seem to have mixed feelings on how the law has impacted their businesses. A manager at Paradise Spirits located in Woodland Park said that the law change has drastically reduced their revenue. “Basically, it is killing us,” the manager said. “We have had to reduce staff and cut our employees’ hours in order to stay in business.”

The manager said that it was a bad move for the state legislators to sign in a law that had been put up to a vote to the citizens multiple times and failed. He, as well as many others, stated that the law change was an attack on small business owners, since in the state of Colorado, a single person or entity can only have one liquor license and can only sell hard alcohol out of one location. 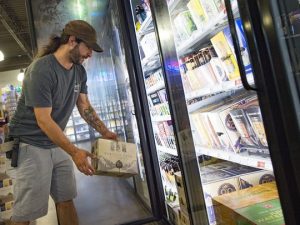 This means that basically all of the liquor stores in Colorado are small businesses and are independently owned. Many contend that the law change sends money out of local communities and gives it to corporations that operate out of other states.

Another setback to last year’s change in liquor regulations was the fact that several small business liquor stores have been forced to shut their doors state-wide. Locally, there were rumors circulating that the law change caused Gold Hill Liquors in Woodland Park to go out of business.

However, employees of the store said that the rumors were not true and that the store is currently going through a change in ownership. But, the shelves inside the store seem to be much emptier than they were a year ago.

On the other hand, businesses like Banana Belt Liquors in Woodland Park, seem to still be thriving despite the law change. Last year when the law change was first put into place, the store’s owner, Carla Clausen, said that they would start carrying more specialized craft beers that people could not find in grocery stores as a way to keep the business booming.

A year later, the changes the store’s management has implemented seem to be a success as the store is often busy. During the holidays, the lines at the cash registers were long and the parking lot was packed. According to employees at the store, Christmas Eve was a very busy day for the store and on New Year’s Eve the store saw nearly record-breaking sales numbers.

Another concern raised by citizens last year when the new liquor law first went into effect was the fact that having full-strength beer in grocery stores could increase the number of underage drinking incidents. Many feared that there could be more cases where minors are caught attempting to purchase alcohol.

Early last year, some stores had a few problems with beer being purchased at self-checkout lanes. All grocery stores then implemented a policy saying that alcohol could not be purchased from any of their self-checkout lanes and that those wishing to purchase beer had to go to a register that was staffed with a cashier that could check and verify identification cards.

According to Woodland Park Police Commander Ryan Holzwarth, a year after the law was changed the city has not seen an increase in any type of illegal activities associated with purchasing alcohol. He said that there has not been an increase in minors attempting to purchase alcohol. He also explained that all of the grocery stores have a computerized I.D. verification system that red flags anyone who is a minor that tries to purchase alcohol products.