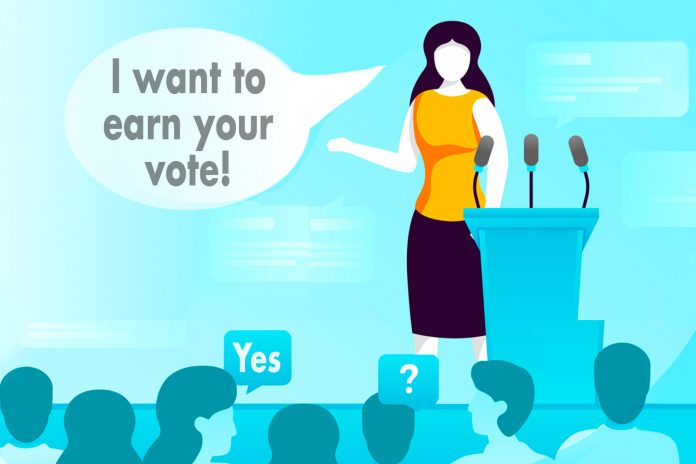 Although it’s still more than three months away, contenders for the municipal elections in Woodland Park are ready to start bolting from the starting gates.

But at least for now, they are getting a few introductory lessons from city leaders and officials regarding what is involved.

The city held a recent forum in council chambers for prospective candidates running in next April’s election. The purpose of the forum was to give the candidates insight into how council works, and to offer them a bit of an orientation regarding what it takes to be an elected member of the council or to be mayor.

Current members of council in attendance who are running for reelection were Councilwoman Kellie Case, who is running for mayor; Councilman Noel Sawyer, who is also running for mayor; Mayor Pro Tem Val Carr, who has yet to confirm whether he is running for mayor or to retain his seat on council; and Darwin Naccarato, who was recently appointed to council to replace Carrol Harvey.  Naccarato must run for council due to Harvey’s term expiring this year.

Newcomers to the race in attendance were; Robert Zuluaga, Donald Dezellem, Paul (Rusty) Neal, and Kimara Zuluaga,  Dezellem, and Neal all ran for Harvey’s seat during the appointment of Harvey’s replacement but didn’t get selected.

The forum began with Tangeman giving a brief summary of the city’s core values, and Woodland Park’s vision. Leclercq then began the orientation presentation with an explanation of the value of council’s participation in training provided by the Colorado Municipal League. (CML) She then outlined the requirements to run for office, the terms of each office, and the responsibilities for members of the council.

Levy elaborated further on the responsibilities of council members. He stated that understanding the budget, the city’s comprehensive plan, and city charter are of paramount importance to the members. Levy then explained that regardless of a council member’s opinions on issues presented before the elected panel, when a matter is passed by the majority members, that ruling must be respected by all elected officials.

Tangeman touched on the city being a home rule city as opposed to a strong mayor form of government. And Meyers touched on what constitutes a possible conflict of interest of a council member/mayor.

Throughout the forum, the city staff expressed the importance of the candidates’ willingness to serve, to keep an open mind on issues, to understand that council/mayor will have to interact with other government agencies and tax entities, and to understand the commitment they will be facing if elected.

As a side note, the Chamber of Commerce will hold their candidate forum on March 11, 2020. This event is always well attended by members of the community. This year, the moderator for the debate will be Carrol Harvey, a veteran council member for a number of years. She moderated the forum several years ago.

The election will be by mail ballot only. Ballots will begin to be mailed out starting on March 16, 2020.