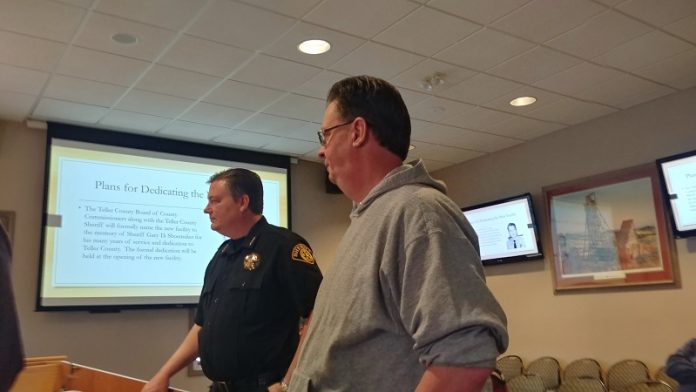 David Shoemaker, the son of former sheriff Gary Shoemaker, makes a few emotional comments before the commissioners and the public last week, along with current Sheriff Jason Mikesell. The new sheriff expansion facility will be named in honor of Gary Shoemaker, who held the reins of the Teller Sheriff Department for 20 years and established quite a reputation. Photo by Trevor Phipps